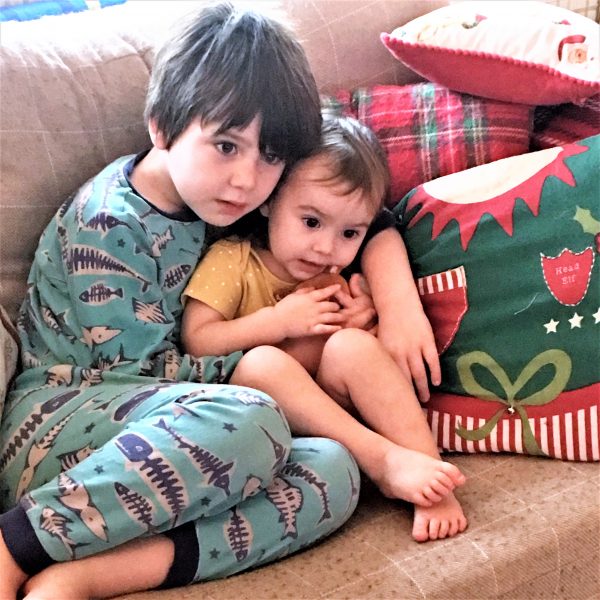 I think I’m having a crisis.

I don’t want another baby. I had horrible struggles with Edith, there were dark, dark times… times I felt like I was stuck in a vacuole of screaming and breastfeeding, breastfeeding and screaming. Of exhaustion. Of sore nipples. Of missing loving being a mother and missing enjoying my middle child’s last sweet months as a toddler because I had a demanding baby.

I don’t think I want another baby. I didn’t really enjoy the last pregnancy. I was tired, I craved fatty foods and I’m pretty confident that is why I still don’t eat well, I still snack and then gorge. I was so achy and I felt like labour lasted for days after I’d given birth, only to be told “well, third baby and all, hurts more and for longer with post labour pains the more you have”. I found that sympathy for my aching hoo-ha, my exhaustion… well it was on the lower levels of non-existent. No one really cared, it was my third baby, I knew the drill, get on with it.

I’m pretty sure I don’t want another baby. My kids are feral. I’m pretty confident that people think that this is a joke, but it isn’t. They are genuinely feral – think Mowgli and you are reaching the correct levels… though wolves are probably better at this parenting lark than me. Though I feed them, I clean them and de-nit their hair (something it would appear is quite the task for some school parents…), I kiss them and I try not to scream at them too much… perhaps the wolves and me are on a level. Still, I am not even coming close to winning any parent of the year awards and I struggle. Daily. I struggle to keep my shit together. I struggle to do homework with a baby pulling at a boob, a 4 year old trying to tell me about “what sounds are in the book?” and a 5 year old who keeps asking me to help him out with understanding why FOX is for X when some twat told me it was Xylophone. I suppose I’m holding this shit down slightly better than Biff and Kipper’s mum though.

I’m almost sure I don’t want another baby. I’m still breastfeeding this one. She’s two, her attachment to the breast is still on a level with my attachment to sleep at 3am which, incidentally, is about the same time she decides to express her needs. She still wakes up all the time, rarely sleeps through and uses me as her personal milking station, bouncing from boob to boob for god know what reason. Not to mention the pinching and nipple tweaking or the twisting to get into the right position so she can watch Peppa fucking pig. We managed to avoid that wannabe-hog-roast for 5 years then BOOM, Edith decides to express an interest. The next one could be a fanatic. I can’t cope with that.

They are all growing up. They are all getting so big. They have to be reminded to kiss me at the school gates, yet they are still so soft and snugly in my bed after a bad dream. Their skin still smells so perfect when they lean against me after a long day, but those moments are getting fewer for Reuben, who would rather play upstairs with his toys. The way Toby says his “L” sounds is getting clearer. He actually said it the other day, after bribed him with sweets to let me take a video of him saying “wittle wions wick wemon wollies”. Edith’s started preschool and the house is SO empty without her for those few hours, I might be more productive with work but…

I don’t want another baby.