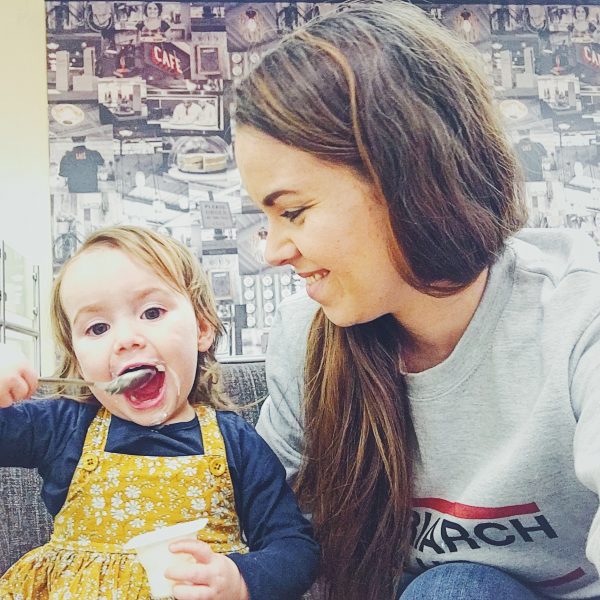 Lately my girl and I have been spending a lot more time together one on one. It’s occurred to me that I never really had much by way of one to one time with Edith, I’ve always struggled to find a proper balance and even when she has been alone with us and her brothers have been away for the weekend, I’ve felt like we haven’t really done much together. I guess that’s not to say that we don’t have a special bond – of course we do, I am still breastfeeding her and there are those moments at 2am where it is just me and her and (as knackered as I am, as much as I just want to sleep) I look at her curls, stroke her skin and breathe her in.

But we’ve never really DONE much just her and I. We’ve never been to soft play, just us, until recently as I’ve always felt like her brothers would feel upset and it wasn’t a good time to make them feel left out with starting pre-school and school.

Last week I took Edith to soft play and ended up having to leave early to collect Toby who was poorly at school (nothing like getting the runs on your second week of school is there kid?). Fortunately Daddy got there first because it was so busy and we were delayed but I felt so sad that we didn’t have the chance to get a proper play – so we made the decision to try again a little bit later, followed by a mooch around Tesco’s Baby event and a little cake in their café. Dieting is not my forte.

One of the things I think you notice the most about being a mother to more than one child is that you are often stuck trying to please everyone, trying to make sure that no one feels you love them less and that all is honky-dory with everyone. Truth be told, it doesn’t work. The boys found out we’d been to soft play and immediately I was given “but why weren’t we with you?” looks followed by the inevitable question of “Why do we have to go to school and SHE doesn’t?”… it’s taken a time to come to terms with saying, “because that is life, the same as mummy has to work to earn money, you have to go to school so that you can learn and grow up to have a job and earn money” and that’s because I know they won’t like that answer, but it is the truth. I think as a mum with two school age boys and a toddler, I’ve had to learn that sometimes I’m going to make one feel left out or make them cross that they can’t be involved in everything, every time. We’ve had a chat about how Edith will one day go to school too and then we won’t be able to go out for a play and shopping trip to check out the fab offers that are available on her nappies while she runs up and down the isles delighting people (FYI, the nappy offers are more exciting to me than her… which basically means I need to get out more if I find nappies exciting…). It’s an evolution that comes to us all!

I do have to confess that while I managed to make my way through soft play with the help of a coffee or two and the odd evil eye at the big kids in the ball pool throwing balls, I really enjoyed visiting Tesco’s baby event and chatting to the staff about everything from what we could encourage my eats-nothing-but-breastmilk-and-chips toddler to eat to browsing their range of baby toys that I had to forcibly wrench of madam. We went into a local pet shop and stared at the fish and hamsters, and then when we went for a coffee and cake in the Tesco café before heading to collect the boys, we had a cuddle and boobie feed. It felt like a well rounded afternoon and like we’d actually spent time doing something that was enjoyable for both of us.

Did we soften the “we went to soft play and had cake without you” blow for the boys with a couple of tatty magazines and cookies from the Tesco Finest range, you bet, but for once I truly felt like I got that precious one to one time with my youngest child and I didn’t feel even one stab of guilt over the boys jealousy.