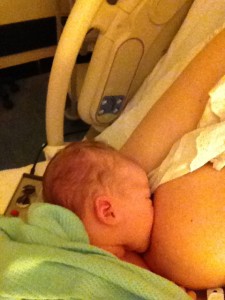 After I had Reuben in 2011 I became very ill. I had a rough birth with several complications which came as a shock to my body as I had, other than a spot of morning sickness in the beginning, been really healthy throughout pregnancy.

I had it in my head all throughout the pregnancy that I really wanted to breastfeed my baby, I’m a great believer in the benefits it holds for Mama and baby, not only physically but psychologically. Don’t misunderstand me, I am also a big believer in choice, I don’t think any woman should be pushed into breastfeeding if she doesn’t want to, or finds it too challenging, we all know how hard it is as a new mother and I think there is so much pressure and guilt surrounding feeding that is unnecessary and, frankly, unhealthy. Generally I believe you have it in your head that you want to feed, or not, and you get the choice to do so, or not for whatever reason, but what about the women who have that choice taken away from them?

As I mentioned at the beginning of the post, I had a very complicated labour and my body went into shock. This isn’t unusual, it isn’t even unusual that my poor little boy would’t latch after his traumatic experience, so I opted to try and express to encourage my milk production. After 12 hours, the various breastfeeding experts, mid wives and the doctor had all tried and failed to get any milk from me at all. My body just said no.

Eventually, I was advised to get Reuben on a bottle. I felt like such a huge failure! I can still remember crying to the midwife, who told me we didn’t have to give up and we would keep trying to get somewhere with feeding him myself. I did keep trying when I arrived home but the decision was ultimately taken out of my hands after I had to return to hospital with a post-op wound infection, that developed into septicaemia. I couldn’t even take Roo into hospital with me as I was too ill and need to have a host of strong anti-biotics that wouldn’t be safe for him.

Now let me just say, I am not a ‘sensitive’ person, but looking back it hit me really hard that I couldn’t do the one basic thing for my son that is so natural and instinctual. Call it the hormones or my own character flaw of being too hard on myself, but I felt like I had let myself and my son down. I had various reactions, from the scowling mothers at baby groups who were shocked I wasn’t feeding my newborn myself to the ‘supportive’ friends who told me that I could feed if I just tried really hard. Eventually, my Mum took me to a side and told me that the best Mum’s feed their babies, Period.

I wanted to share this experience with you all because there are so many opinions out there on this controversial subject, but very little support for women who have the choice taken away from them for whatever reason. I think we should rectify that.

Have you had a similar experience? I’d love to hear your comments on this emotive subject, please share your own experiences.