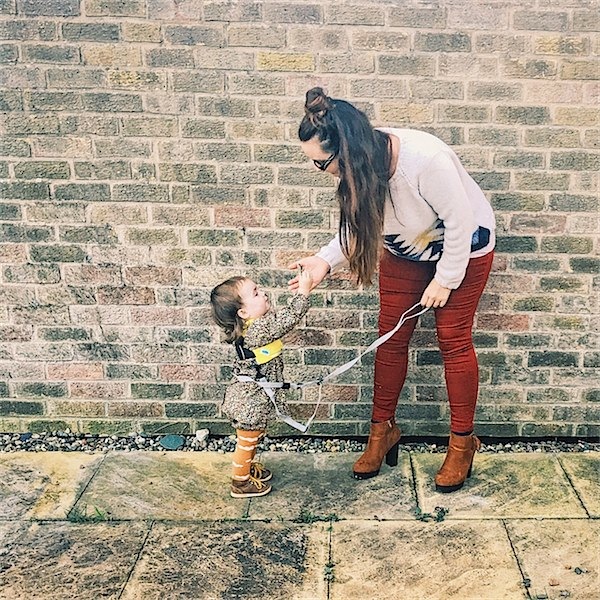 Motherhood, it comes with so many stresses and so much worry doesn’t it?

t can’t think of a mother who hasn’t laid awake at night worrying about the safety of her children, even if they are sleeping soundly in the room next door. It is something that we do right? Worry. I don’t think you ever worry so much as you do when you’re a mother.

It’s even more prevalent at this time of year – it’s darker, it’s colder and everything just seems a little bit more sinister than summer. This is the first year that we have been totally out numbered by children who want to walk everywhere, or more accurately run in different directions whilst we both scramble to make our minds up as to who is in a more precarious position.

The kids went trick or treating on Monday, obviously with Daddy and I, but Edith insisted on walking everywhere, shrieking at the mere sight of the pushchair like it was laced with itching powder and broken glass. We let her walk purely because we had our toddlepak reigns from trunki, but if we didn’t have these little gems of parental safety, we simply wouldn’t. I don’t think that is helicopter parenting, in fact, if anything I consider myself a bit too laid back as a parent. We will let the kids run wild at parks, Edith goes on bouncy castles at parties that are far too old for her and we don’t stop them from hurting themselves every time because to me that is how they will learn… but that doesn’t mean I don’t fret. It doesn’t mean I don’t walk around with my heart in my mouth praying they will be ok at every turn. 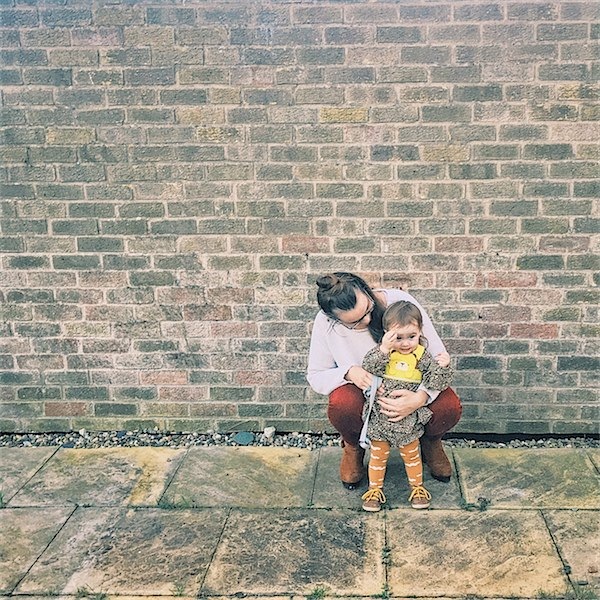 I think an element of control goes into it too, as much as I may try to avoid the harsh reality that I am a control freak like Adam has told me for the last decade, I really am. I detest when my in-laws take the kids out and are almost always late without letting us know that they will be – or more often than not, letting Adam know who doesn’t pass it on to me. It is in no way a reflection on them, rather that they are all having such a blast, what is 40 minutes after the expected time? To me, it’s 40 minutes of checking travel news and praying they haven’t had an accident on the way home, whilst trying to play it cool and not freak out. I know I’m not the only one who feels this way, I remember talking about something similar once and friend’s agreed they had pre-planned every wild scenario in their heads – from zombie apocalypse (I laughed, but I’ve also done this… The Walking Dead has a bizarre effect on me) to terrorist attacks. What I’ve never managed to figure out is how to cope with those scenarios that I can’t pre-plan and can’t mentally prepare for.

It’s one thing to make sure that your child is safe at a bonfire night display by keeping them in the pushchair or on their reigns, but it’s a whole other thing to fret about what would happen in the unthinkable… yet there you are, thinking about it, because it your mind it helps to have a plan – even if you can’t really make a plan where it all goes alright. 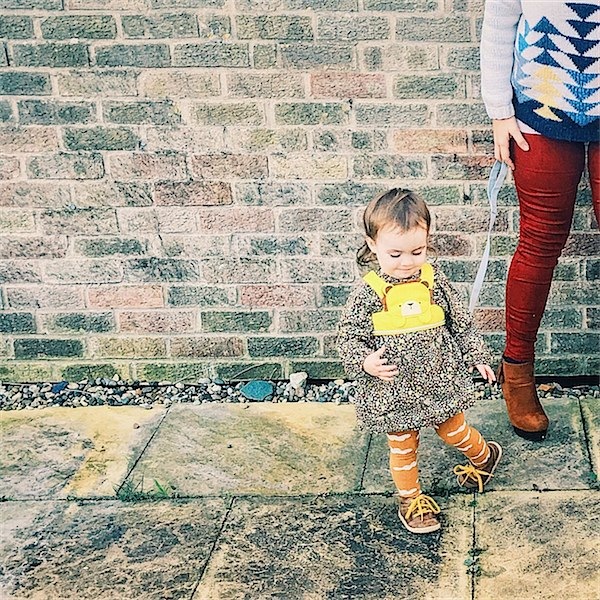 I guess the thing is that when you have something so precious, you really can’t bare to think that something could happen to it. Our children are the most precious commodity we will ever know, they will forever mean more to us than we could put into words.

Does anyone else struggle with the fear of not being able to keep your kids safe? Sometimes I find it overwhelming and I really do struggle with it.