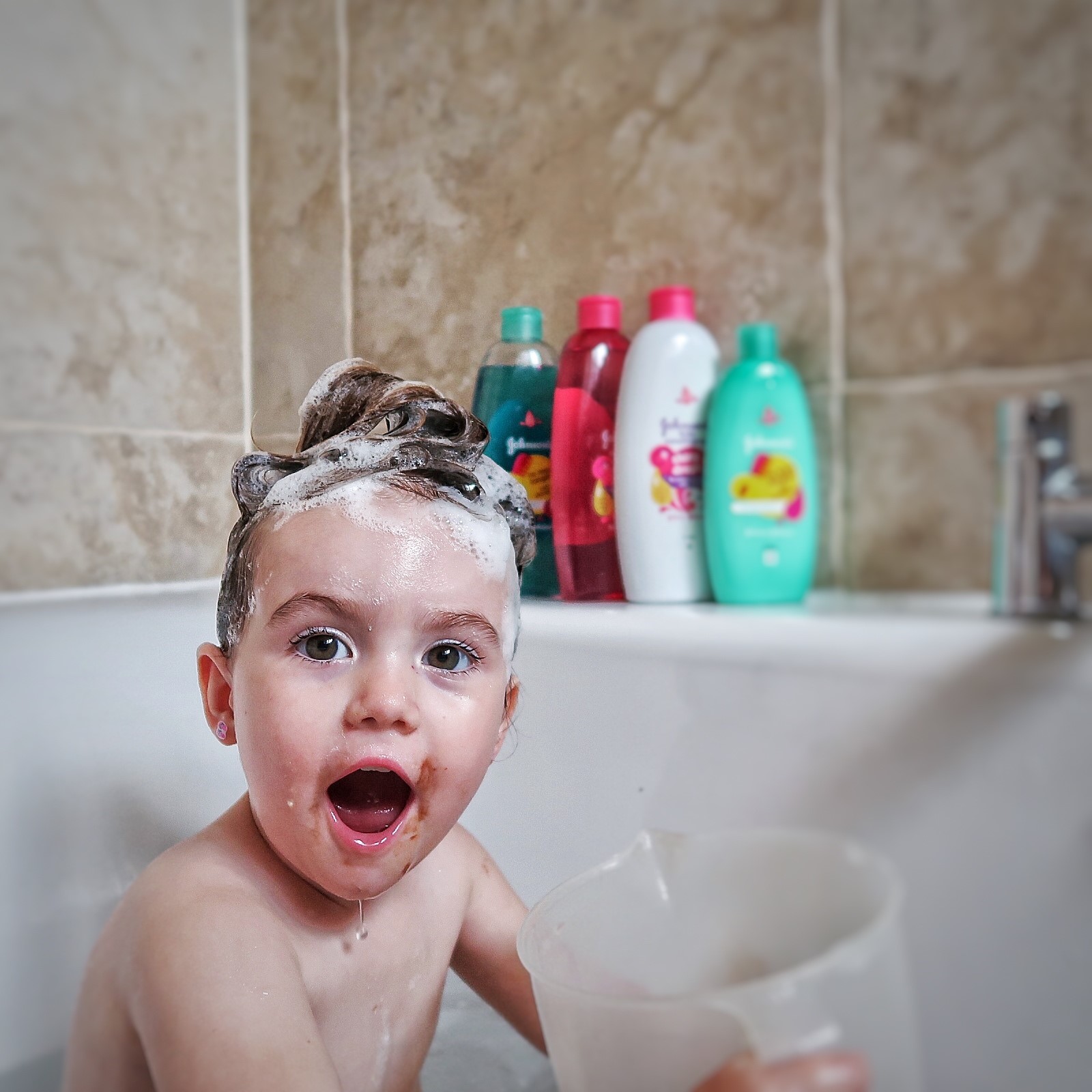 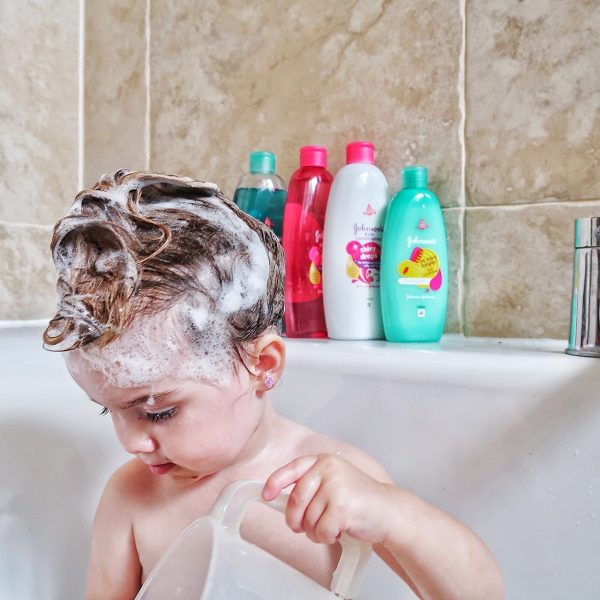 Edith has such a thing for her hair. It’s an odd one really. Unlike the boys she ADORES her hair being played with, requests nit combing from daddy, demands I plait her hair so she can unplait it and loves to lie back whilst you comb or stroke her hair.

However, when it comes to *washing* her hair, we’re talking about a totally different story. From the second she sees the jug to the first dribble of water on her head, she hates it. She’s also started to resent the fact that her hair, being so long now and having such hard water up north, requires two lots of washing: shampoo and conditioner, or that comb through hair moment becomes a scissors and trim operation.

I’ve mentioned lots of different brands of shampoo and hair care – we’re a try everything family and we tend to report back to you on the stuff that we like and leave off the stuff that we don’t. As of yet, I’ve found loads of body washes I like but I’ve not found many shampoos for children that don’t incite shrieks of “I no like it!” AND shrieks of “It hurt ma eyeeee” from Edith. I can’t do much about the “I no like it!” dramas at this stage but I can deal with the “it hurt ma eyeee” ones, in the same way we did with Reuben before I was a blogger and Toby too. With Johnson’s and their No More Tears promise. 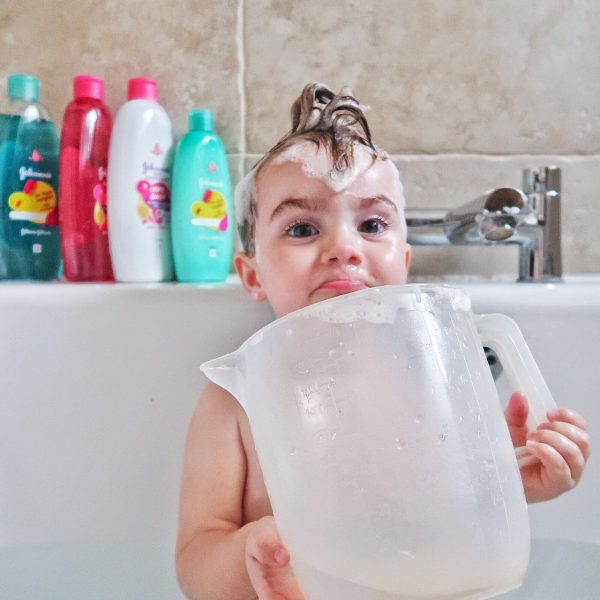 I’ve worked with Johnson’s a number of times because their products are things that we have always used, from recommending them in Mothercare as a retail assistant ten years ago to loving them as a mummy from the start. So when they asked us to try out their new hair care ranges I was really chuffed. Firstly, the No More Tangles range. It gives me all the cringes on a morning when Edith wakes up and she has what I have affectionately termed “a Barnet”. Her hair is obnoxiously unruly, especially if she goes to bed with it damp… which is a frequent occurrence because I run out of time and we’ve only just introduced her to the magic that is the hair dryer.

The shampoo and conditioner was ultra gentle and after a morning of getting paint and playdough in her hair at preschool and coming home to bake and get flour and chocolate in her hair, not to mention copious amounts of snot from her cold – she’s a sniffle and smear kinda kid – it was time for a bath and hair wash. 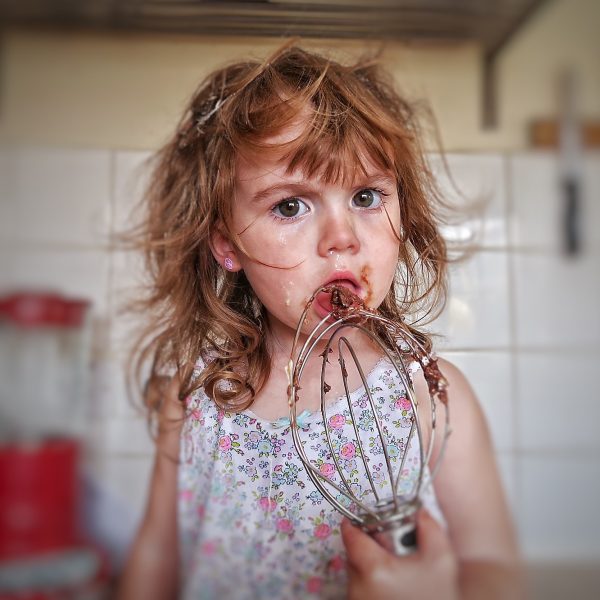 We had the usual tears, “No mama, I no want it! I no like it!!” But she got over it once we got all foamy and soaped up. She did rub the soap in her eyes a few times but wasn’t overly fussed – one of the many things I am so impressed with when it comes to Johnson’s. The same process with the conditioner, though this time with fewer tears because we did our “mermaid wash” – if you haven’t tried this, you so need to: 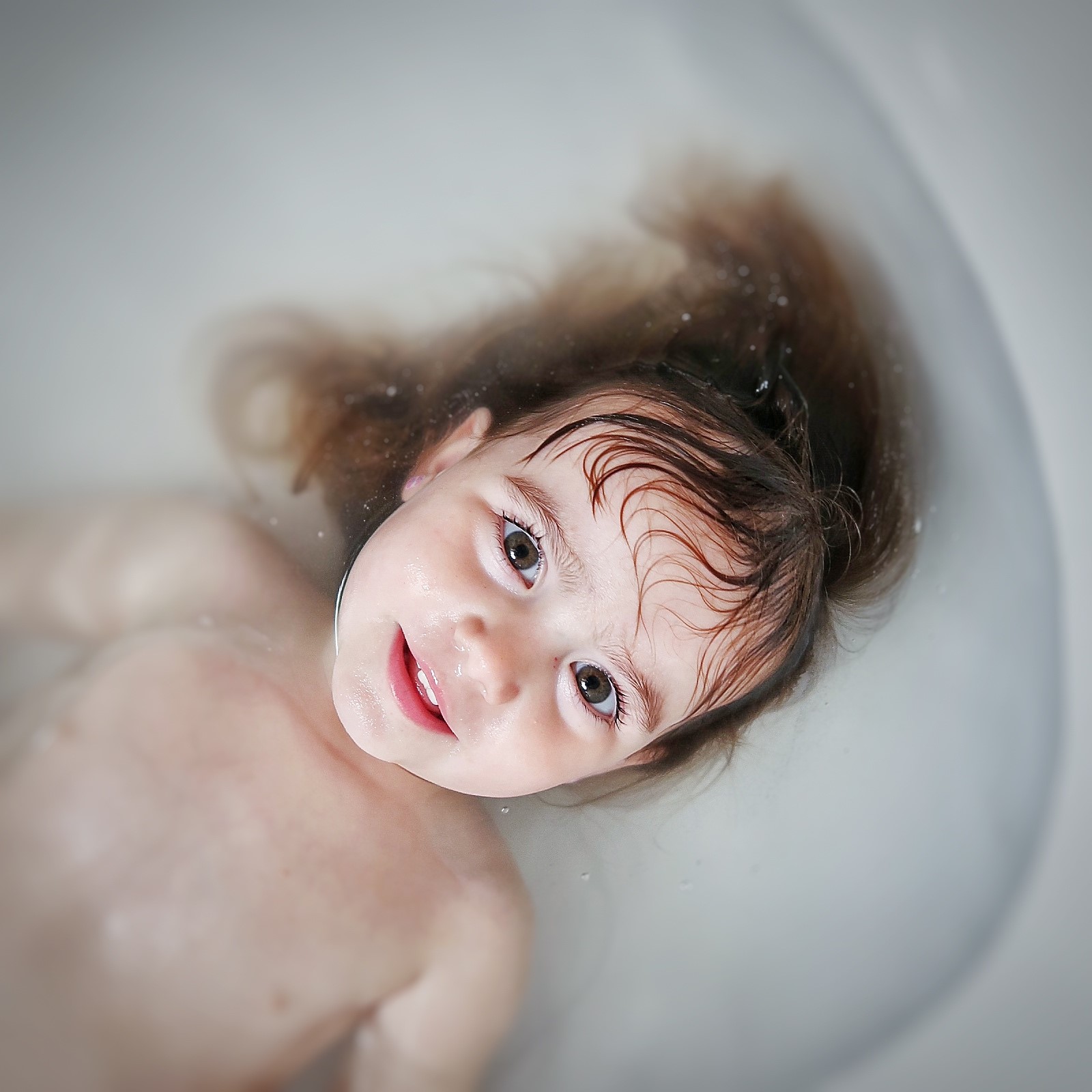 Job done! It really works for Edith, I’m not saying it will for all, but she thinks it’s hilarious.

Once we had washed her hair and headed downstairs, Edith bundled in a towel with a towel on her head like she was in the middle of a spa, Daddy had arrived home. I’m not entirely sure who was more excited by the new detangling spray: him or Edith. It made her hair so smooth, so easy to comb through and SO glossy once we had dried it (Daddy had the honour with the hair dryer and I swear she likes it better because he blows the warm air all over her and makes a right meal of it.)

For the boys, who were sweaty, grungy and gross from an afternoon of forest schooling, painting (Toby) and PE (Reuben) it was a quick shower with a trial of the new Johnson’s Shiny Drops range. Not only did they get super clean hair (I found a piece of moss in Reuben’s hair… kids are gross) but they also smelt amazing. I’ve always maintained that the boys don’t really need conditioner, but I had no idea that children’s hair contains less melanin than adult hair and lacks a central core, which makes it much more prone to damage and tangles. Johnson’s new shampoo and conditioner cares for the hair, whilst adding shine (it even has argan oil in it!).

The boys despise having their hair combed on a night, so using the shine conditioning spray on their hair made a world of difference and alleviated the drama because their hair was silky soft, smooth and easy to comb through.

Kids get messy, it’s the way things should be, but that can be such a pain when their hair gets gunky too. No parent enjoys battling with knotted, matted or grimy hair that hasn’t washed well… but now, thanks to Johnson’s new haircare range, I can honestly say we’re not facing those dramas anymore!

Final note: This was obviously written in conjunction with Johnson & Johnson. Yes it is an ad, but I take full credit for the Mermaid hair wash and all the opinions in the post. If I don’t like it, I don’t write about it.