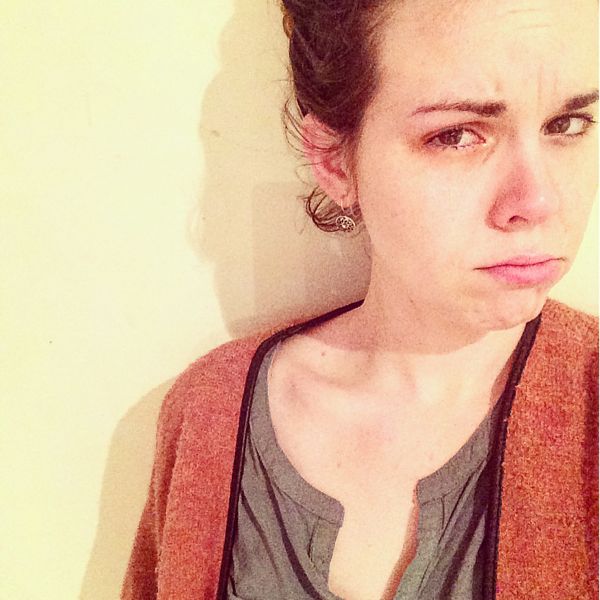 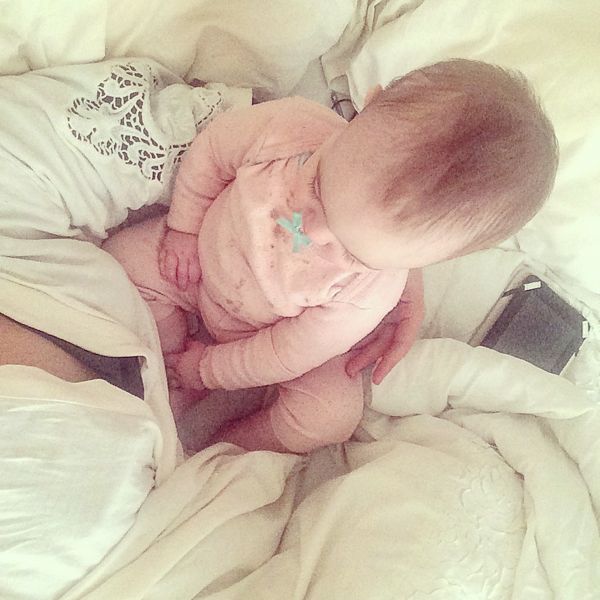 I have an intense fear of blindness. My eyes are somewhat of a booby trap for me and as someone with an extremely high pain threshold I turn to mush when I get an eyelash in there. I mean, I’ve had Noro virus at 6/8 weeks post partum and given birth to two children without any pain relief and I’d do both of those things ten times over in exchange for avoiding any eye pain ever again. I’m telling you this because, and I apologise if you know this from following me on social media, but I’ve been suffering from an eye laceration over the last few days. And it was murder. Utter unbearable pain.

Ahh, agony, thy name is a baby with scratchy fingers and an eyeball. Seriously, ladies and gents, I was hospitalised by Edith Rose at the end of last week. We were stood in the kitchen just after dinner having a little play when a very excited Edith suddenly started flapping her arms up and down, only to catch me with one of her nails in my eye. I’ll be honest, it was instantly super painful, but not unbearable. I got the kids out of the shower, shouted at Daddy for spending too long sat on the toilet and playing on his game when he was meant to be washing the kids (not just watching them squirt water at each other), grumbled about my sore eye and put the baby to bed.

20 minutes later I was sat in my local A & E laughing and joking about how daft it was that the baby had managed to beat me up. An hour later I was headed to York Hospital as my eye had started to swell and the pain had become totally unbearable. To put it into perspective, I’m talking established labour in the eye, with each attempt at blinking the “big one” contraction.

We spent the full night at A & E, arriving home with ibuprofen, because I couldn’t take the extremely strong pain killers the doctor wanted to give me due to breastfeeding, and instructions to stay in a darkened room until I could open the eye without screaming. So off to bed I went, leaving Edie to the capable hands of my poor mum and Adam, who had both been up all night too. The kids went to school and then off to their grandparents for a (thankfully) pre organised Friday night stop over. Upstairs in the dark and silence, I was torn between imagining myself as Peeta from The Hunger Games being tortured by the Capitol, and praying for a quick death. I’m not being a diva, it was that bad.

Finally on Saturday morning at 5am I managed to open my eyes without screaming, just an irritating stinging and banging head ache. Which brings us to this point. I’m booked in to have an eye appointment later on in the week to make sure I don’t need surgery (!) but hopefully I am over the worst of it all.

So why am I telling you?

Well, first of all, I have nothing better to do than watch Harry Potter movies back to back, snooze and write and it’s always nice to have a little moan isn’t it? Secondly, and probably more importantly to you guys, I’m hoping that if your baby catches you in the eye you will feel compelled to go to hospital, or at the very least, the doctors.

Eye lacerations can be extremely dangerous and apparently one of the most common causes is from a baby getting over excited and smacking a parent in the face. Go figure. Other causes include grit, sand and glass in the eye but all of them must be seen to within hours of happening or they can cause blindness easily.

So, in short, put scratch mitts on one year olds and view them as dangerous viper like creatures when excited.