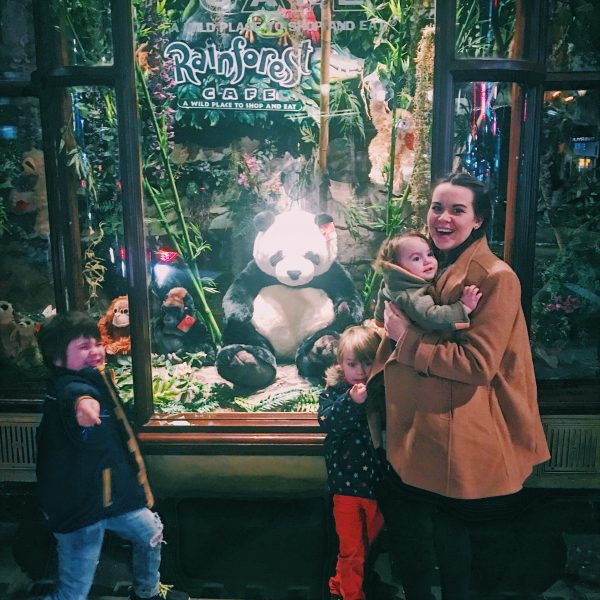 Earlier this week I wrote about our trip to London and how disappointed we were with the kid’s behaviour and how it didn’t go to plan at all. One thing that really was a saving grace, that we organised and enjoyed so much, was our visit to The Rainforest Café.

We visited The Rainforest Café in Orlando, it’s actually where Edith scratched my eye, so for me it is slightly marred with bad memories but it is one place that the children all remember fondly and have asked to re-visit several times (mixed in with demands to return to the states and visit the theme parks we didn’t get to go to and swim with Dolphins… because that ain’t a thing and money grows on trees right?). Despite the less than happy memory I do have of the Orlando brand of The Rainforest Café, I do remember their amazing dessert, The Volcano and the cries of VOLLLLLCCCAAANNNOOOO! from the staff when they were walking through with one. I wanted to see how that translated into the English version, as we tend to do things slightly different over here don’t we? When we discovered that there was a London version, it was a no brainer to take the kids as a surprise! 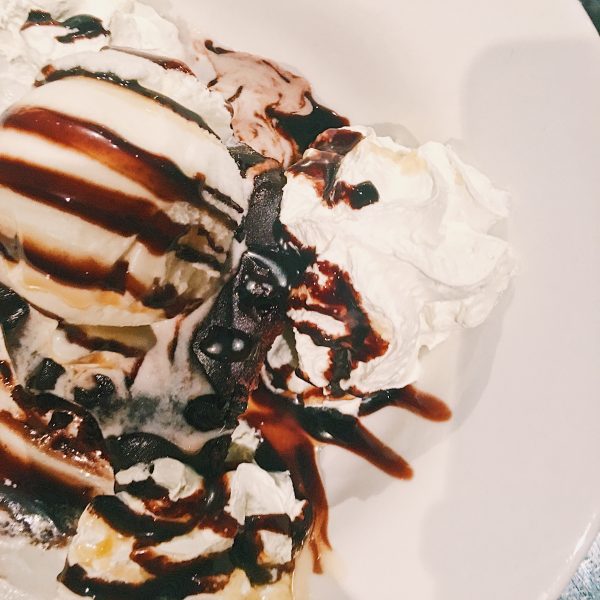 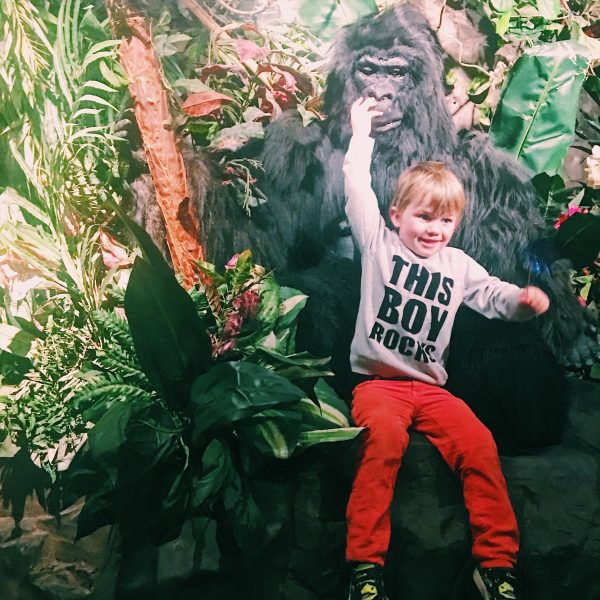 We when arrived, the restaurant was very easy to find, just out of the tube station (Piccadilly Circus) and about 200 yards past the Jamie Oliver diner. The boys frowned at the windows and as soon as we walked through the shop, passed comment that “We’ve been here!!”. They genuinely thought they had been transported back to Florida! The shop area was designed to give a real rainforest vibe – with animated displays such as the crocodile with real water (always a win for kids!). The one thing I really like about the shop is that there are lots of things in there that you would actually like to buy, not just as memorabilia of the experience but as fun gifts with the added bonus of the memory. At the back is the restaurant booking desk, which had a little bit of a queue to get to, however once the boys made pals with the kids behind us and discovered they could play “light sabers and guns” it was plain sailing… sort of.

We already had the table booked (though the restaurant only takes a small percentage of bookings so rocking up is an option for people) so we given a “passport” to take downstairs and present to the host at the elephant desk – where was right next to the bar, where we sat on the most fun stools that were designed like animal legs. Once our table was called, we headed over the bridge (which the boys thought was awesome) and went to sit up in one of the many alcoves where you could see EVERYTHING! The fish tank, the gorillas which came alive, the flora and fauna, the jaguar which was lounging in the trees… it was amazing. The area we were sat in was one of many little alcoves because the building used to be a casino – so it was perfect for the rainforest vibe. We were surrounded by water too which was cascading down the walls around us, such a cool thing to have while we had dinner and it certain helped to distract Edith! 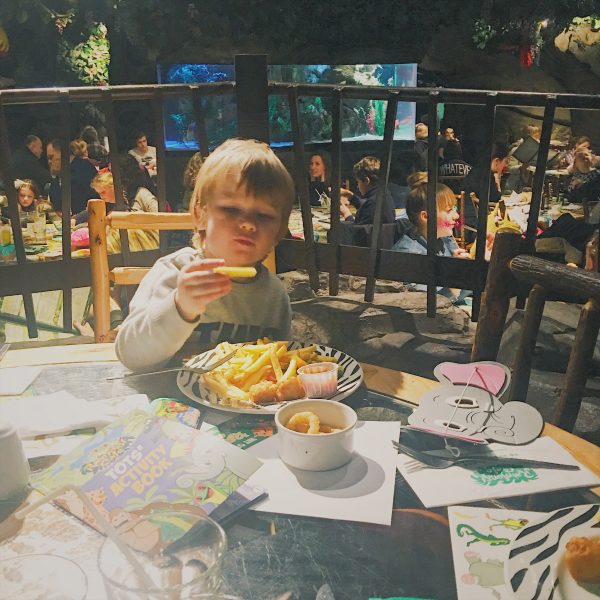 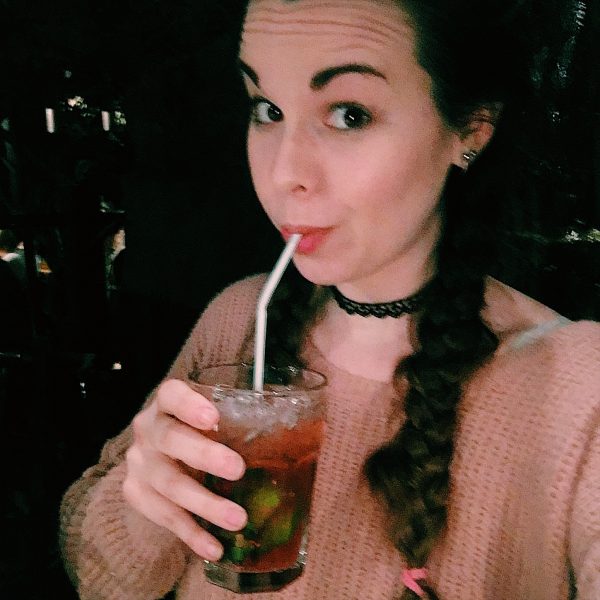 We ordered the mega pack for the kids, which unlike most places came with a really comprehensive activity pack – from a wallet (which Roo is now using with pride at school) to a mark to play with. It was fab.

The kids had chicken nuggets, chips and veggies which they all (including Edith) devoured with gusto. Adam and I shared nachos, then Adam had a steak and I had a stir fry… let me tell you, I am a picky so and so when it comes to Asian inspired food because it is virtually all I eat, yet that stir fry was delicious. Truly. Not to mention complimented by the delicious (and recommended) raspberry martini I indulged in. In fairness I probably should have had more to put up with the kids after the meal, but they were being so well behaved at the time, I wasn’t to know they would turn into hellions the moment we left…

We finished up with jelly and ice cream for the boys, a decadent brownie for moi and a sumptuous cheesecake for Adam.

Honestly, if you are looking for an experience in London for your children, take them here. If you’re heading to Florida, take them to that branch too… the whole concept is designed with children in mind, with delighting their senses and yours. On a final note, should you be lucky enough to get Aaron as your server, make sure you leave him a very big tip as he was absolutely fabulous!