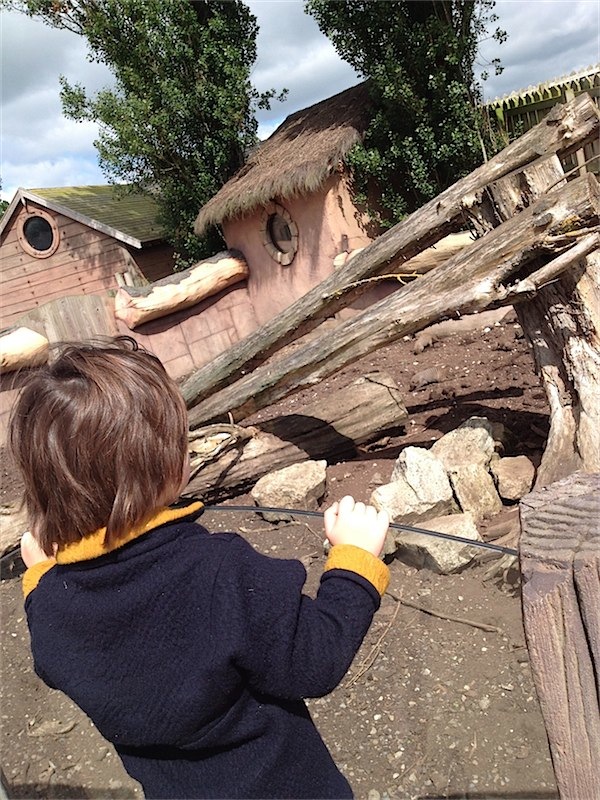 Spotting mongoose in the children’s area. The nice thing about our local zoo is it has several areas for younger children, some with petting areas, others just for viewing with huge play areas and climbing frames. It’s great fun!

Last Wednesday I took the boys out for the day to the zoo during a rare day away from my work screen! We had such a good time and I wanted to share it with you all.

For Reuben it was all about the rhinos! They are his favourite zoo animal and he loves to watch them (we also learnt yesterday that our local Zoo will be getting a second type of Rhino later this year, which will be so exciting for him!). Toby really loves the big cats and will always Raaa! whenever he sees them. 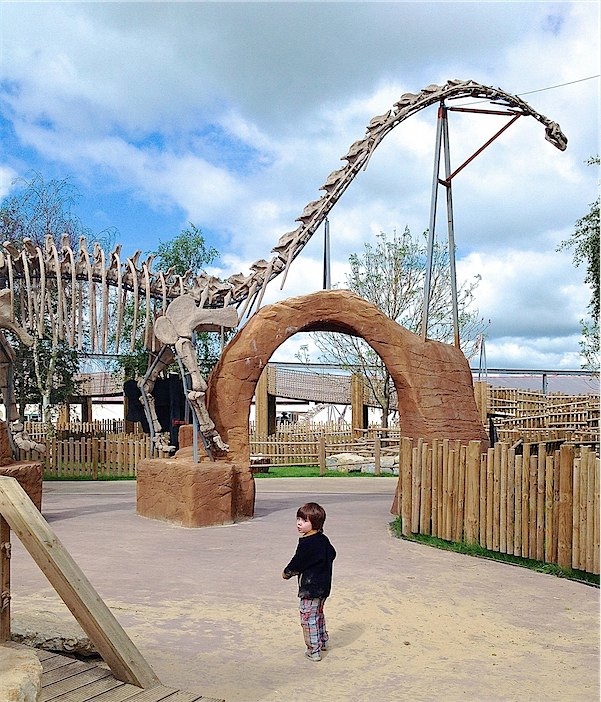 We are lucky that our local zoo has added a new attraction in the form of a dinosaur park. It has some wonderful rides, a large excavation area for kids to dig and posters everywhere with information about dinosaurs. 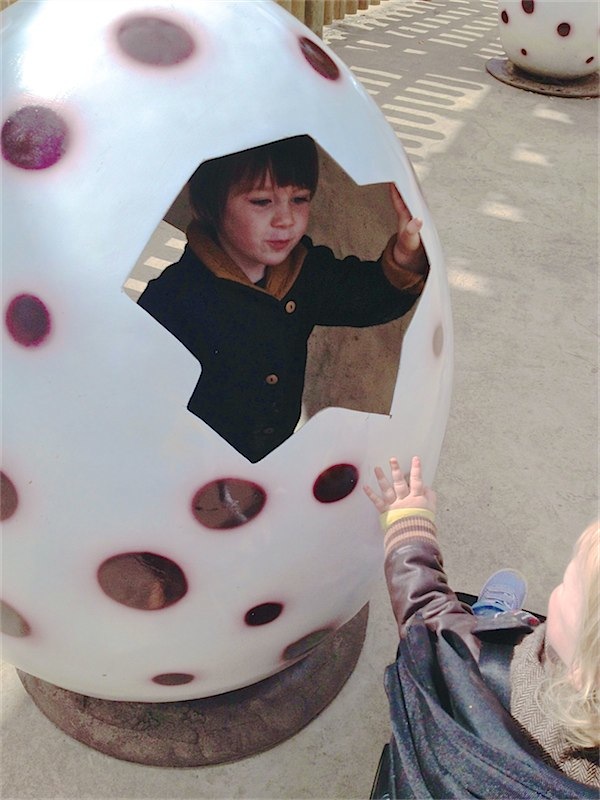 Hiding in a dino egg to jump up at Toby. It’s so lovely to see the boys now playing together more. 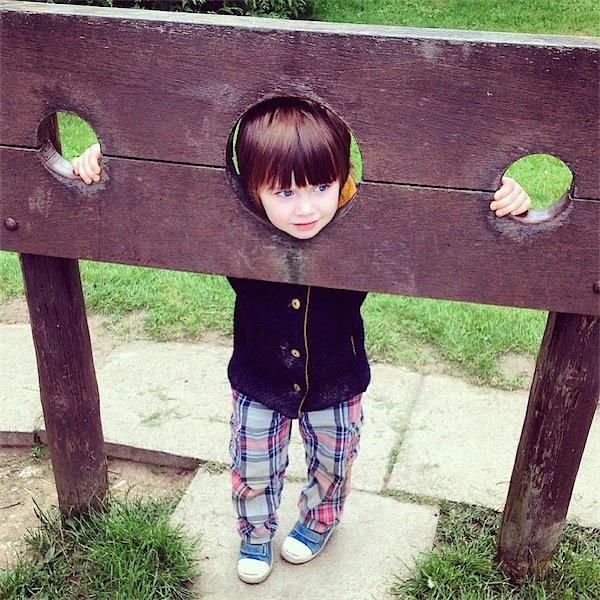 The other part to our zoo is like a “medieval monster” section with monster rides and play areas. It was great fun… even if I did consider leaving Reuben in the stocks! 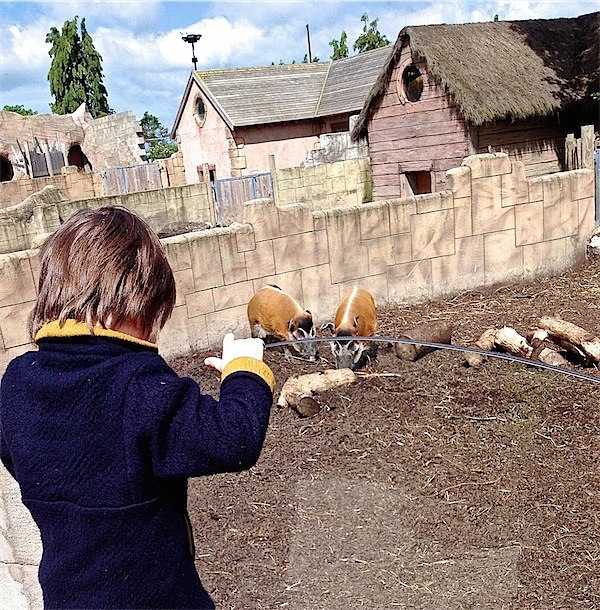 The warthogs were a firm favourite too. He couldn’t understand why they had such big tusks and because Toby is used to playing with his “piggy” he thought they were so funny. 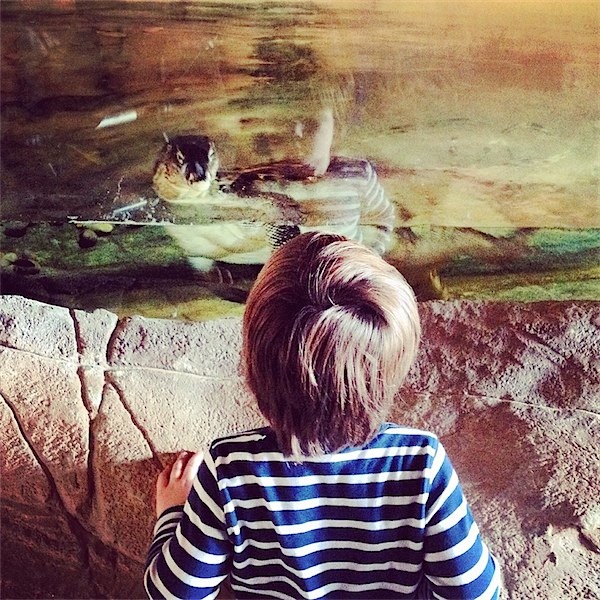 THIS is the Monitor lizard hell beast. It honestly would not leave him alone, and eventually we had to walk away! 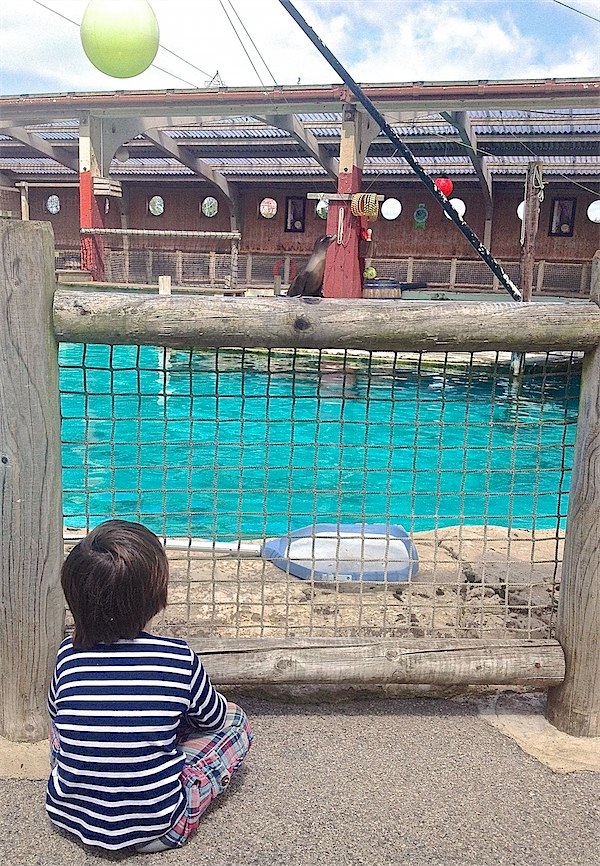 Watching the sea lion show – you learn some many interesting facts at the zoo, it is such a brilliant place to take your kids.

We had a catch about searching for Lions, and we got to see some too!

Both of the boys were so amused by the monitor lizard we came across, possibly the most aggressive animal I have ever seen at a zoo. As we arrived quite early morning, everywhere was pretty quiet (plus it is still term time here, so most of the kids were at school and their parents at work) so the lizard walk was completely empty, which meant a well deserved rest… until the monitor lizard spotted Reuben and slid straight off his rock, into the water and towards him, only to butt it’s head against the glass and continue to follow him up and down the enclosure. Although Reuben thought this was hilarious, I was pretty shocked and quickly had to check to see if we a standard breakfast idea for this rather large lizard!

We were incredibly lucky managing to snag front row seats to the Sea Lion show, which the boys nearly managed to sit all the way through! We also got to see the Tigers on the top of their huge climbing frame, which meant we were only about 20ft away from them.

At this time of year I really recommend taking a picnic, most zoos have picnic areas for you to sit and enjoy the sunshine and it is so much less expensive than buying food at the zoo. As I was on my own I had a little chat with Reuben before we left to make sure he understood no running off and staying close to Toby and the pushchair, which works really well and makes things so much easier.

All in all a wonderful day.

P.s – I wish I had taken more pictures of the stunning animals they have at the zoo to share with you all, but unfortunately I was so busy keeping an eye on two boys that I didn’t get much chance. Reuben has demanded a visit again soon though, so we will no doubt be sharing more adventures then.