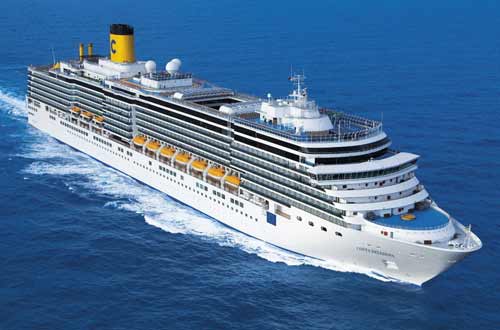 When I was younger my mum took me on a cruise around the Caribbean and it has to be, hands down, my favourite holiday ever. There was something about cruising that was SO wonderful, waking up in a new place each morning, the decadence of the ship, the majesty of the sea… In short it was epic.

I’ve been talking to Adam about cruises and how wonderful they are for years, begging him to go, but he just doesn’t get it. As far as he’s concerned, he thinks it would be boring to be on a ship and out at sea, so we’ve never been together. Now that we have the kids his refusal had grown even deeper – what if they fall over board? What if they got sick out at sea? What if we sink? It’s a lot of what ifs right? I swear he seems to forget that you are on a multi-million pound ship with some of the best staff, equipment and supplies the world could wish for. The probability of these things happening are far to low for you to be put off and not want to go, yet still he’s not keen. A part of me thinks that possibly HE’S scared of trying it and falling over board himself haha!

Still, cruising is my favourite style of holiday, and I wanted to share with you the reasons why – you know, so you can work on your partners if they are in Camp Adam. 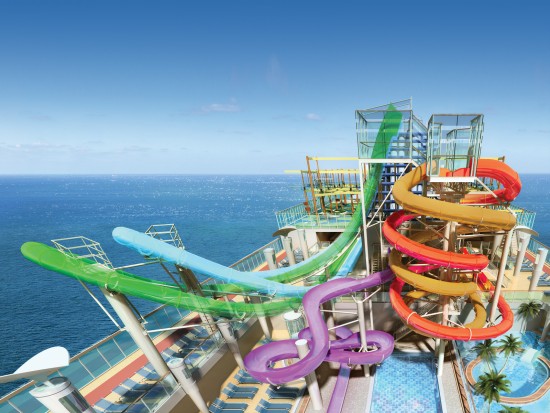 1.) Waking up in a new place most days

Seriously, I get bored on holiday quite easily. I LOVE relaxing… Do about an hour and then Adam is telling me off because I’m fidgeting, not to mention the fact that there really is no relaxation when you have kids under 5. I like to explore, see the country in a snapshot and find something local that will give me a glimpse into day to day life. That is a major reason to cruise. Every day is different, every day there is a chance to explore a new horizon. I loved the fact that I woke up with excitement to get out there and explore the port, take day trips or even just have a look about the small village near by and then retire to the ship for afternoon tea (any excuse to eat an excessive amount of food on holibobs, am I right?) and a sunbathe or chill with something to sip. It’s magical, and it’s a fine way to explore parts of the world.

2.) The majesty of the ship

Granted the few times I’ve cruised I have been on some truly awes inspiring ships, but I’ve never heard anyone say their ship was anything less that divine. I guess it depends on what you like, from opulence where the cruise is aimed at adults and luxury to something simple like a child friendly themed cruise. Either way, you have to marvel at this glorious man-built sea beast, don’t you think? It’s huge. It’s heavy. It floats. That is some impressive stuff right there.

I guess it goes back to the ‘new day, new place’ thing, but it is no less valid – cruising is for the lazy. Another reason I keep telling Adam he’ll love it! He is such a lover of lazy, which is understandable as he works hard during the week so when he gets the chance, he signs out. Cruising is literally taking you to destinations while you lie by the pool, sip a marguerita and chill. There are no faffy transports, no messing about with taxis, it’s just that easy. Plus on board they will be able to tell you exactly where you should go and what you should do in each location. You can even book everything with them. Not only that but cruises set off from so many different locations that you can find something to suit everyone.

Different ships have different thing,s, but there is really something for everyone. From moonlit cinemas to ice skating rinks, “posh” restaurants to boutique shops. Something for everyone, and that’s just on the ship. If you want to explore on land most cruise companies offer comprehensive tours of the destination.

Pretty much. I love it, I can’t imagine why anyone wouldn’t and you SHOULD absolutely 100000% give it a go.