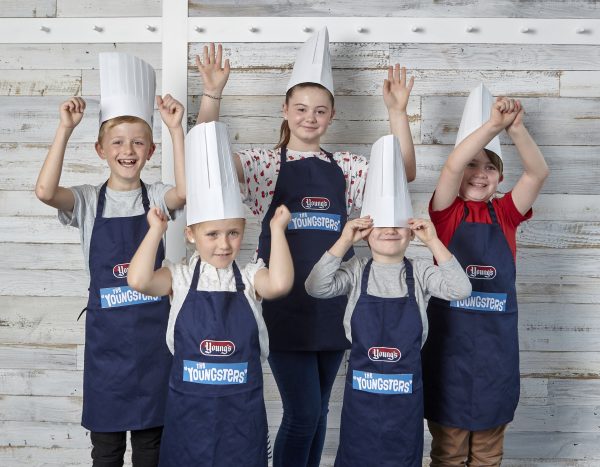 Do you ever find that dinner ideas get a little bit… stale? You do the same things week in, week out, mainly because you know the kids will eat what you’re offering and you won’t find yourself frustrated and throwing a bowl of cereal at them after an hour of creating something in the kitchen. According to a survey of 1500 parents with children aged 4-15 conducted by Young’s a lot of us parental peeps (46%) are guilty of cooking the same 4-5 meals on repeat, with 2/3 of us (65%) claiming that we only 8 recipes in our whole repertoire. It makes for a pretty dull meal rota doesn’t it? Spag bol, curry, sausages and mash, cheese on toast and sandwiches were amongst the favourites for dinner time, all of which I know I have used on a fairly regular basis, especially as work picked up for me and after Edith came along. It’s just… demoralising when you cook something and Edith declares its yuck before she’s even tried it, and I’ve noticed that it has the knock on effect with the others too. 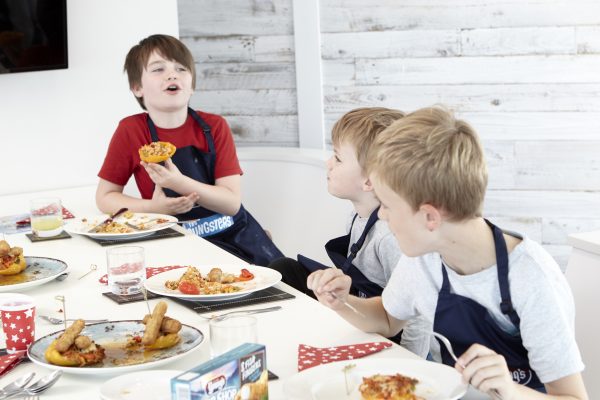 I do love cooking though and a while back I mentioned on instagram that I’m getting back into the habit of meal planning, which means that I can sit down and think about what we could try out this week and what we could do that is guaranteed to be popular – a mixture of both. We’ve been having fajitas, roasted veg, stews and loads of different things but I can tell you one thing that rarely makes it on to our menu for the week (unless its from the chippy) is fish. Adam doesn’t like fish unless it’s fish and chips (be that homemade or shop bought) so we really have slipped into not bothering with it often – which is such a shame because fish is SO good for us, and now that Toby is humming and harring over being a vegetarian/pescatarian/I-occasionally-eat-mini-sausages-but-then-cry-over-the-pigs-atarian, fish is ideal as a choice for everyone. 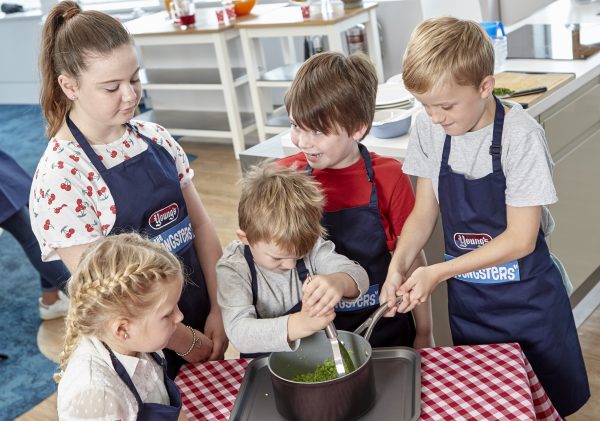 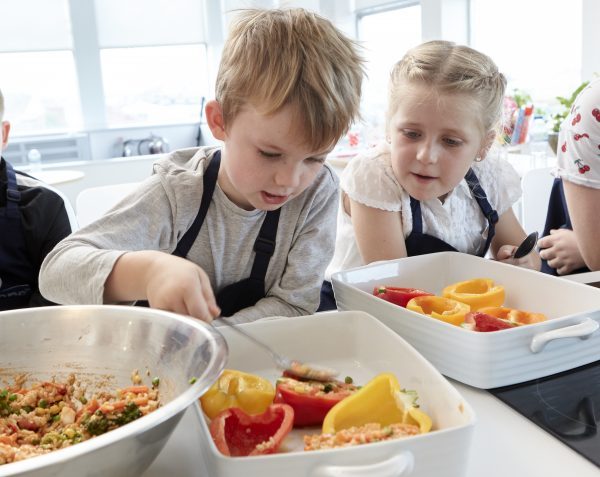 Enter Young’s and The Youngsters. The boys (and Edith) were invited to be a part of The Youngsters panel – a panel of Young’s loving mini chefs and foodie critics, all children and all willing to give oh so honest opinions on the food they are served. We went and spent a day with Young’s in their Grimsby head office to develop and then taste several recipes that had been developed using Young’s products by the children and Young’s head chef Serge Nollent and nutritionalist Dr. Sarah Schenker. The children were hilarious, brutally honest and surprisingly happy to indulge in tasting food that I know they haven’t wanted to taste before. Even Edith tucked into Young’s cod fillet and asked for seconds, though true to form she refused to try any veggie chips but hey, it’s a start. 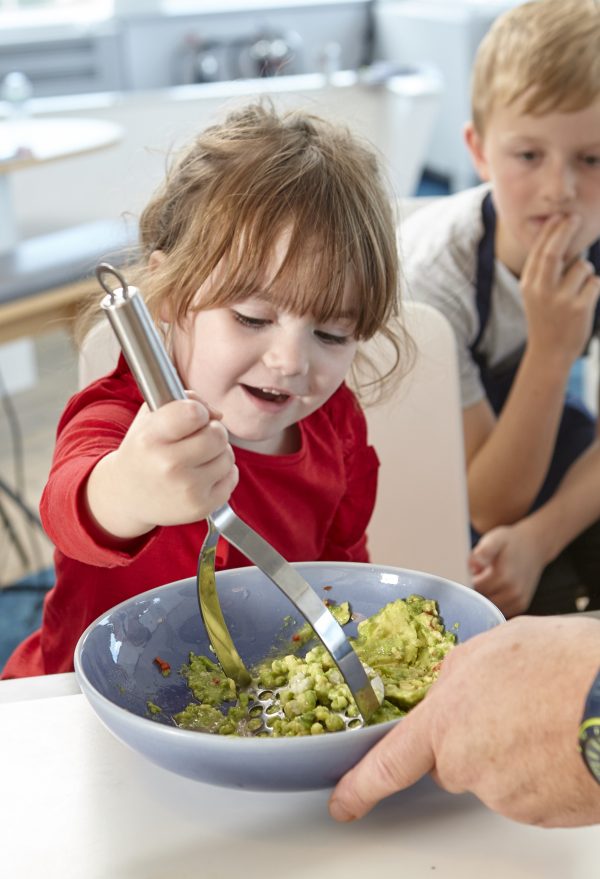 The recipes are intensely easy too, which any parent who has struggled with trying to do homework, wrangle a needy toddler and cook a meal all at the same time will know that it’s important that a meal pretty much takes care of itself. As well as being easy the recipes are balanced (thanks to Sarah’s watchful eye) and the children learnt that what they are eating is really important – Reuben is still clinging to the lesson about Vitamin A and loudly declaring that it is in his dinner if he spots something orange. It’s reassuring to see that this might well be something outside of my standard comfort zone, but that it is also something that is delicious AND balanced.

So what recipes did the boys like the best? 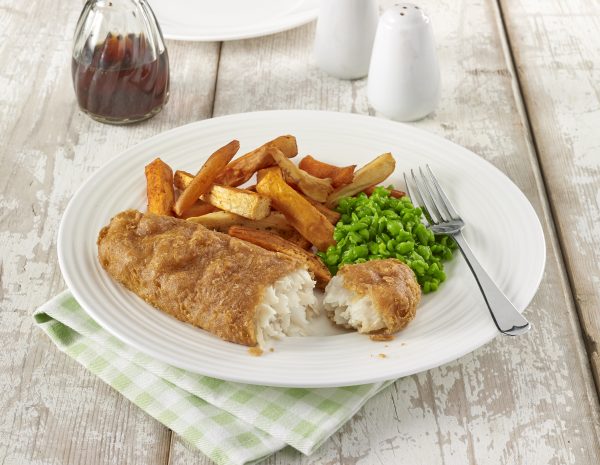 Cook the Young’s Chip Shop Large Cod Fillets as per instructions on pack. 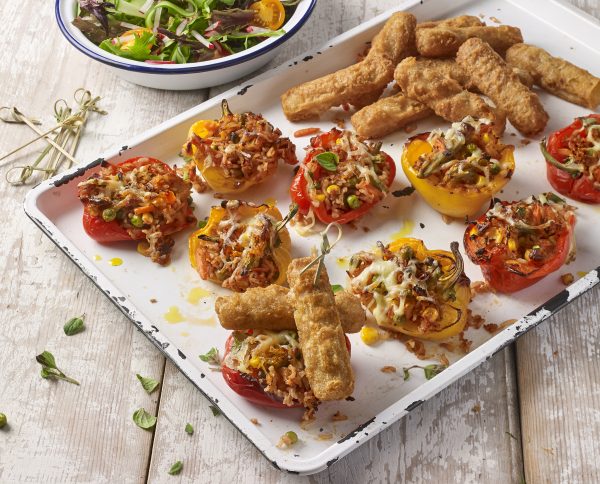 Cook the Young’s Chip Shop 8 Fish Fingers as per instructions on pack.

What really surprised me with Toby is that I have stuffed peppers before with mince and he hasn’t enjoyed it, but this he polished off with gusto, and with Reuben’s chosen dish, whilst I consider myself a pretty experimental mum in the kitchen, it had never occurred to me to roast veggie chips – it just hadn’t.

If you would like a bit of inspo and you feel like you’re one of the MANY people who is stuff in a bit of a culinary rut then you can find the remainder of the recipes here.