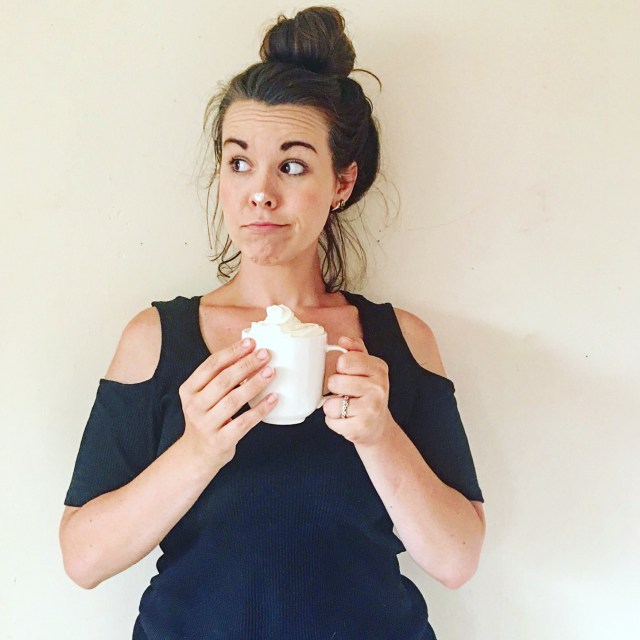 I wanted to have a witter about sex again, especially with regards to women and sex. I know, I know, but fucking hell, the very reason the majority of you are reading this blog is that you bumped uglies with someone, did the deed and yet STILL I’m reading questions from other parent bloggers, almost always women, online about whether or not sex should be discussed on a parent blog, whether we can talk about “the dance with no pants” because, well, it’s perhaps just not quite appropriate. I’m still seeing women talking to each other in a hush hush way and we’re STILL so feckin’ worried about talking to our kids about sex, like it’s something that we should be ashamed of. Especially our daughters and specifically their role in sex and enjoying sex as a woman.

What is it about sex that sends us all into a hot fluster like we’ve just watched a Chris Pratt boinking scene on the telly? Especially when it comes to our enjoyment of it?

My mother in law made a really interesting comment the other day, and I have to say I think she was bang on. I was talking about Edith and how she, ahem, found her genitals and is (like all kids – and like they *should* be) totally unabashed in having a voyage into self examination – to the point where, at two years old she is far worse than the boys and I’m having to tell her that it is a private part and she really ought to leave it be lest she makes it sore. She’s a bit young to say “go somewhere private if you want to do that please” however I firmly believe that in order to raise children without hang ups about their bodies, their sense of self exploration and self pleasure – as cringe as that is, it’s something that children, tweens and teens will do and we have to get over it and not shame them for it unless we want to create issues further along the road – we have to take that attitude of not saying “Argh don’t do that” and kindly remind them that it is a place they should touch, and only them, when they are alone. Anyway, I’m deterring and I’m sure you are toe curlingly uncomfortable, I don’t blame you (or care really, it’s fact and every being is interested in their body). My point is that I was saying to my mother in law that Edith is, ahem, intrigued by her hoochacha as she calls it and not shy (which she is too innocent to be) and my mother in law made the comment that it’s a good thing and so many girls have that shamed out of them by constantly being told “that’s dirty”, “don’t do that its wrong” and so on.

We have a thing about women and sex, women who enjoy sex or even their own sexual pleasure especially. Here’s a few things: 1. Sex is healthy, 2. A woman’s enjoyment of sex is no less important than a man’s, a man doesn’t need a shag any more frequently than a woman, that isn’t a fact, it’s a statement made to stop women from indulging in their own sexual pleasure because if (generationally) you’re told you don’t need it, you will begin to think maybe you don’t and finally 3. We need to start letting our children (older, let’s not break this one out over the dinosaurs to our 3 year olds eh?), not just our daughters but our sons as well, know that sex is a good thing when you’re ready and that a woman’s pleasure is equal and nothing to be ashamed of.

How many times have you been into somewhere like Ann Summers and come out only to bump into someone and be totally flustered? Yet a man wouldn’t feel that way. How many times have you discussed sex with your girlfriend’s compared to your own self pleasure, or just your pleasure in general. Why is it “We did this last night and it was AMAZING, he rocked my world” instead of “OMG this sex toy is amazing, it hits all the right spots and I swear I had the best orgasm ever!”

I think our own pleasure is something that we shouldn’t be ashamed of, something that we should be open about – especially when it comes to sex. It shouldn’t be the norm that we discuss male orgasms and how it’s considered the norm for a man to always climax but a woman can be left waiting or disappointed – you see it in movies, you read it online, you see it in books. It’s a running joke. It shouldn’t be – it also shouldn’t be that we are so focused on men getting their rocks off and we’re still struggling to get our socks off without being called a slut.

I like sex. I love sex in fact, it’s kinda how I ended up up the duff and then with three sprogs at 24. I love discovering things about myself and my sexuality with my husband and I am absolutely, unequivocally unashamed to admit that. I hate seeing women’s mags with headlines like “How to make him keep coming back”, “How to wow him in the bedroom” and my personal favourite “How to make your man your slave with sex.” Just no, sex is something that should be equal, should be enjoyable for both parties and something that should be a way to discover your own body as well as your partners.

I’ve also noticed this growing trend in “how to rekindle the sex life after a baby” and “how to get back in the sack” like there is an assumption that sex suddenly disappears once you become parents. Whilst I will grant you that the first sexual encounter was the second scariest thing post baby (second only to the first post baby poo – a horror that I can’t explain to women who haven’t had children yet without making very wild animal noises and squeezing my bum cheeks like I’m doing really bad kegels) it wasn’t something that I felt pressured to do or something that I suddenly felt different about now I was a mother. I’m still a wife and I’m still a woman. Sure, I’m more knackered and now instead of banging at any given moment we have to pick the times more carefully, but still. I can enjoy sex, and I can enjoy pleasure as and when I choose too – again, without shame and hang ups.

So why is it that we are so shy about women’s sexuality and acknowledging that we like sex or enjoy certain things? Why are we always the Ana and never the Christian in the scenario… and can we change that please?