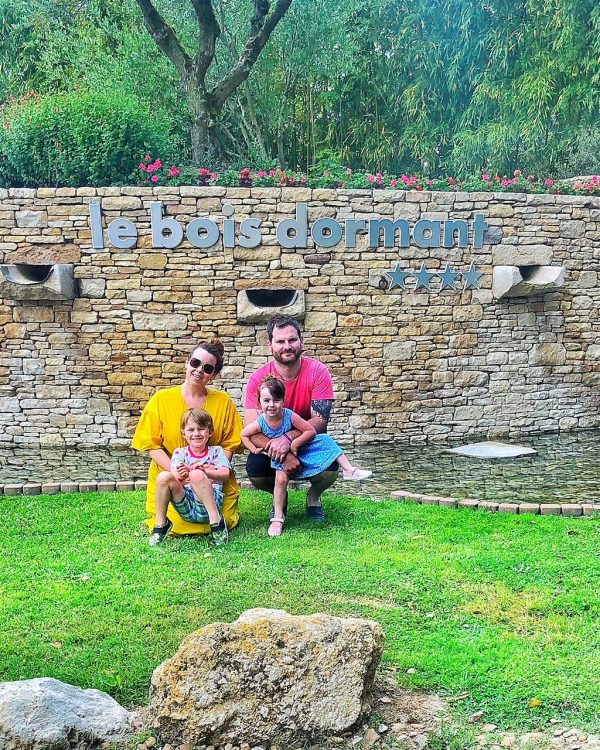 Bit of a bold statement up there isn’t it? “Everything you need to know”… well, that’s what I’m aiming for. Fresh in my noggin’ as we arrived back early Sunday morning and as I type with my coffee it’s early Monday.

First things first, there are 17 Siblu resorts and we stayed in Le Bois Dormant, opposite Le Bois Masson (so we got the chance to have a look at the facilities of both) in the Vendee region. I can only really offer specfic advice based on those two resorts BUT I have been reliably informed that all of the Siblu complexes are very similar, so this should be useful for you, no matter where you are going. I’m also planning on doing a Vendee post because I REALLY want to encourage people to go there – it was my favourite French holiday and I vaguely remember travelling around France a lot as a very small child – and oh so beautiful, just a stunning region and so quiet! We arrived into Caen port and it took us around 4hrs to drive to the villages, which isn’t too bad if you remember to pack snacks in the car as the motorway services in France don’t seem to be quite the same as what we’re used to in the UK, with a lot of the service signs diverting you into a small villages where the shops close between 12-3 for lunch and there is a pump in the ground for fuel with a kiosk style pay station… look for a Total or Buffalo grill or eat in the port area as there were LOADS of services there… bizarrely. 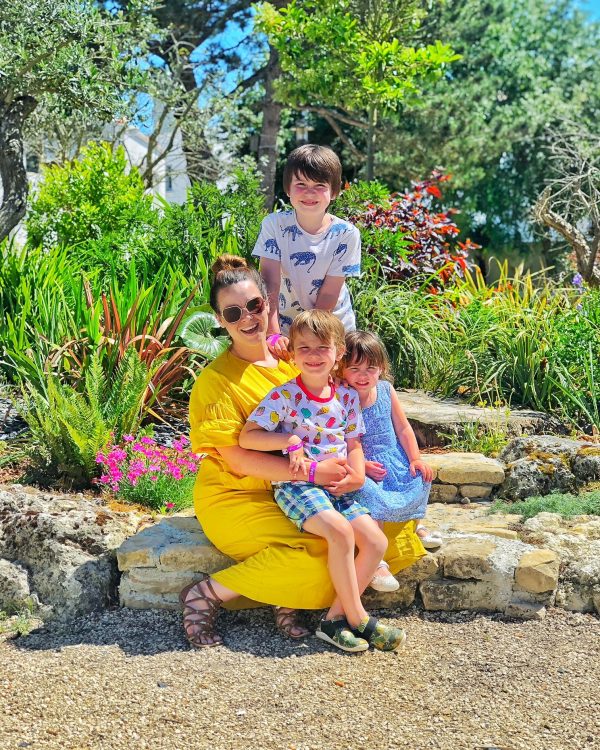 Back to Siblu though! Siblu villages are gorgeous 4* holiday parks dotted around France, popular with French holiday makers and us Brits because they go above and beyond the usual European camping experience with superb facilities, life guards (not a requirement in France) heated pools, indoor pools and restaurants/bars to choose from. The village that we stayed at is one of two, separated by a road but sharing key facilities, like restaurants, entertainment, spa and access to all facilities like the pools etc. 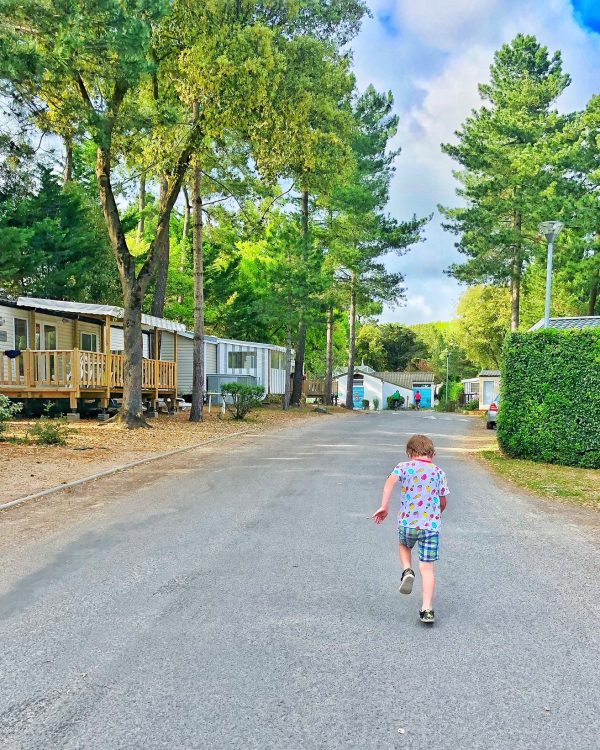 We stayed on Le Bois Dormant, the prettier of the two parks in my mind in an Elegance 3 bed mobile home (Villa if you’re me – don’t ask, I just can’t call it a caravan, I see caravan as something with wheels that you attach to a car and this was just so much more. So, villa.) The mobile home had two bathrooms (one an en-suite in the main double bedroom), 3 double rooms set out with one double and two twins. Bedding and towels were all included and, unlike other locations that we have been to in the UK you could keep your car right outside the front door. The kitchen was fully stocked with everything you could hope for in a self catering accommodation, as well as a washing machine and dish washer, which didn’t compromise on the cupboard space at all because, ya know, I had to have somewhere to put my copious amounts of Pain au Chocolat and Baguette, they couldn’t fit in the fridge with all the cheese…

The whole set up was as spacious as a mobile home can be, but my favourite thing was that after the children had gone to bed we had a seating area – if you follow me on Instagram you would know that we didn’t really feel the joy in our port hotel room, sat in the dark hissing “go to sleep” every 5 minutes because we were all crammed into one hotel room. This kind of set up, where there is a lounge area for parents is an absolute must in my mind. 100%.

I loved having an undercover patio to sit out and eat dinner on, but most evenings we ate in the living area inside or out at some amazing restaurants – not least of all the Pizzeria attached to Le Bois Masson which wasn’t as expensive as I expected, in fact, the Vendee region in general was cheaper than my previous experiences in France, perhaps because it was low season and less of a tourist haven than the south of France. The ham pizza is one I would 100% recommend and the wine list was as fab as you would expect from France! My only bug bare was that it opened at 7pm which I think is a bit late when dealing with children, however over the course of the holibobs we discovered that we didn’t eat until around that time anyway because we were just so busy and having too much fun! If you did want to feed yourselves at the house, then the Super-U is less than 2 miles away and HUGE – it was the biggest we saw – with delightful fresh bread, everything you could want or need for you and the kids. I strongly recommend you try the Noirmoutier pearl potatoes (the best I’ve ever tried – even better than Jersey royals) and the meat counter sells really lush meat kebabs – not cheap but super tasty. If fish is your jam, go for a fish kebab or any of their fish counter offerings as it is a speciality in the region. If pastry is your thing there is a pastry shop in St Jean du Monts village called Le Duo and it is AMAZE. Their éclairs and Pain Au Chocolat is worth every penny. Also, don’t worry if you wake up and realise that you forgot to grab milk, tea, coffee or milk as there is a very small shop on the complex that you can head to and grab all of the small things, including cleaning and sanitary products. Winner winner (and quite possibly a chicken dinner as they did have a freezer with burgers, frozen chicken and pizza.) 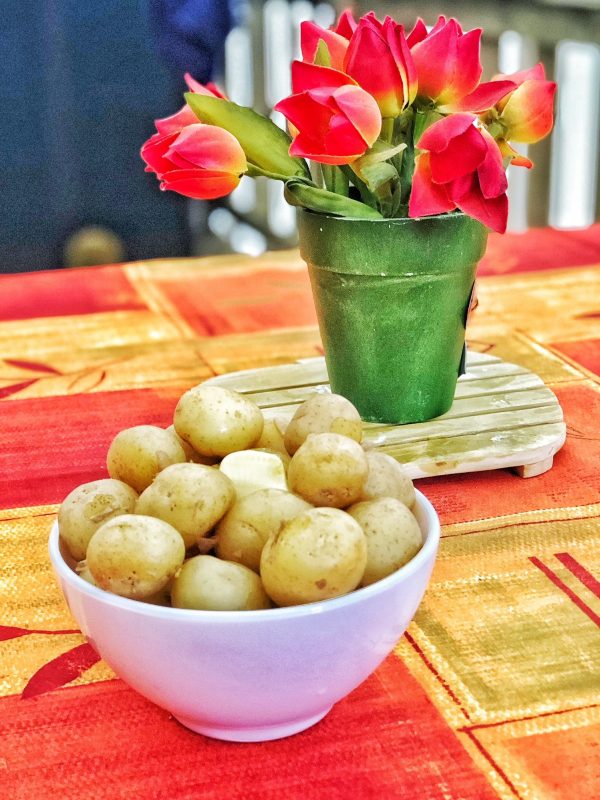 Moving on to the pool and play areas – I was so impressed with these! The pools are open from as early as 4am (indoor pool) and close at 7pm, with lifeguards to supervise which is so unusal for France and made me feel far more at ease. The best part of the pool for me was that the shallow area (came up to Edith’s midriff) was located next to the “big slides” and was completely heated (as were all the pools) so the kids could play even when it was a little bit cloudy. The water was never deeper than 1.2m which meant that Reuben was able to stand and play in the water easily. Located next to the bar the pool was in the perfect position for one of us to sit with the kids whilst the other went and grabbed drinks – both alcoholic and non-alcoholic and hot drinks were on offer the whole time. The slides themselves were fantastic – one curly one with barriers in the waiting area and another four lane wavy one – simple but so much fun for the boys and gated so that little ones can’t get past. Edith wasn’t *quite* tall enough but they did allow her on as she was just around 2cm shorter than the height and she LOVED it! 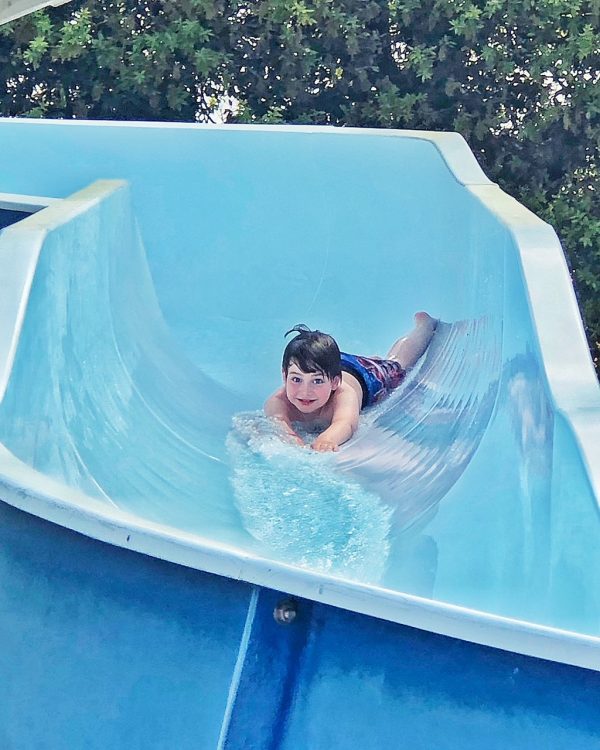 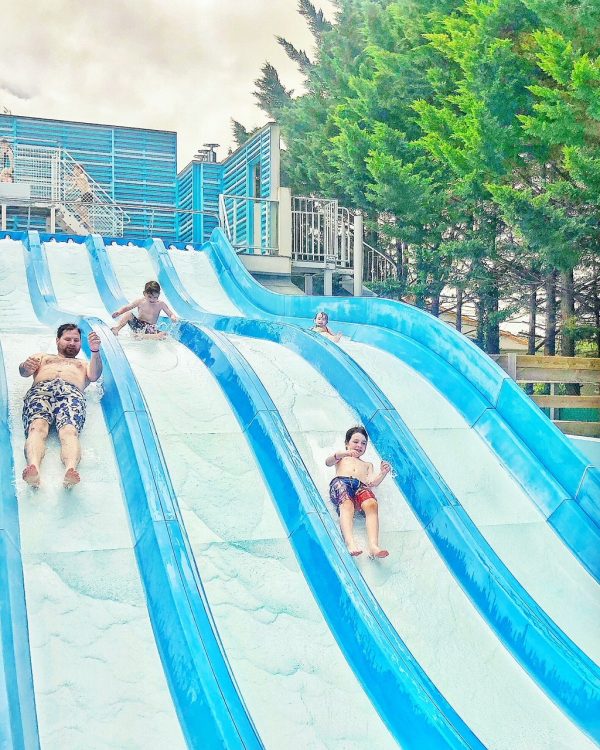 As for the play areas – these were fab for the kids, swing sets, climbing frames and even a football/basket ball court, all within view from the veranda so Adam and I could sit up top with Edith playing in the smaller play area and the boys down in the football court area all playing together. FAB! There is also the brilliant option of kids club, which we didn’t use because my kids aren’t really fans but we did have a look and the facilities looked fab whilst the children seemed to be having a blast. The kids club was from 4 years+ with different areas from “pirates” to “barracudas” so the tweens and teens weren’t stuck doing the same stuff as the 5/6 year olds. From playing in the pool, be it the indoor with sliding roof and new play area, there was something for all of them to do. 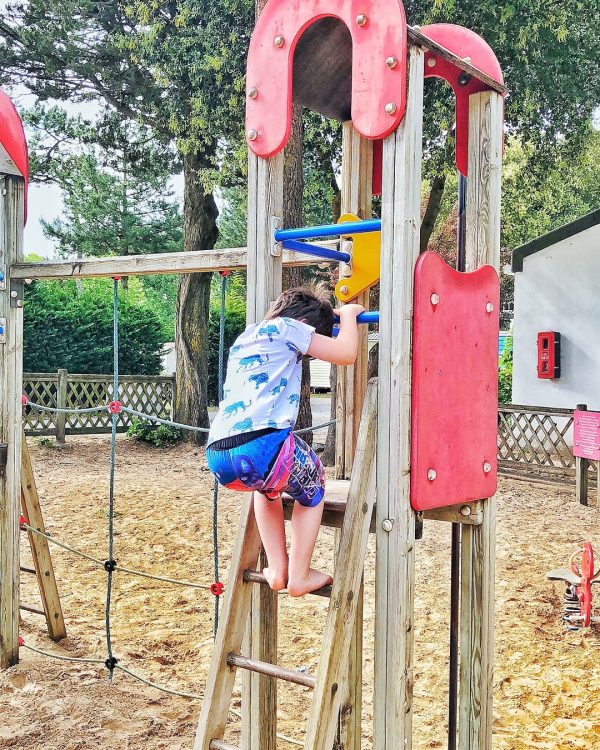 As far as entertainment, despite going in low season, there was something for everyone every night. The entertainment started a touch late for my tastes at around 8.30/9pm – by which point I was shattered and the kids were wild in the play area, so we didn’t really get to experience the entertainment first hand (to be fair, it’s not usually our bag anyway) but they had kid’s discos, karaoke, dance shows, live music and so much more in the 7 nights we stayed. The entertainment is split between Le Bois Dormant and Le Bois Masson, so if you aren’t seeing something you like on your site you can move over to the other – really flexible and catered to please as many as possible. On the note of entertainment, though cheaper than I expected at 7 EURO the cocktails are what some would affectionately term lethal, with the usual UK measurements not applying so bare that in mind! Also, local French beer and wine is much stronger, with the beer around 8.9%, so watch out! 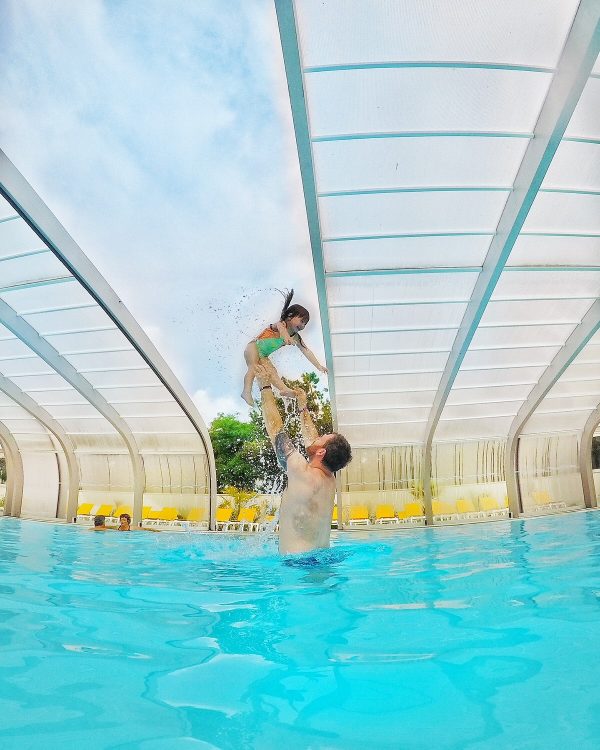 Finally, in addition to all of the included facilities on this fabulous site, Le Bois Masson offers a spa facility and you can grab yourself a massage as little as 50 EURO, and they also offer bike hire to take advantage of Vendee’s wonderful bike routes (over 1800km of bike routes to be exact!).

What I would say is that for as little as £500 in peak season (last week of Aug) we could stay on this complex and only have to please ourselves with the pool and the play areas and we would be 100% fine, which means that you would only have to spend on your food. Even better, Siblu currently have 35% off on their July/August bookings, so you really are on for a win!