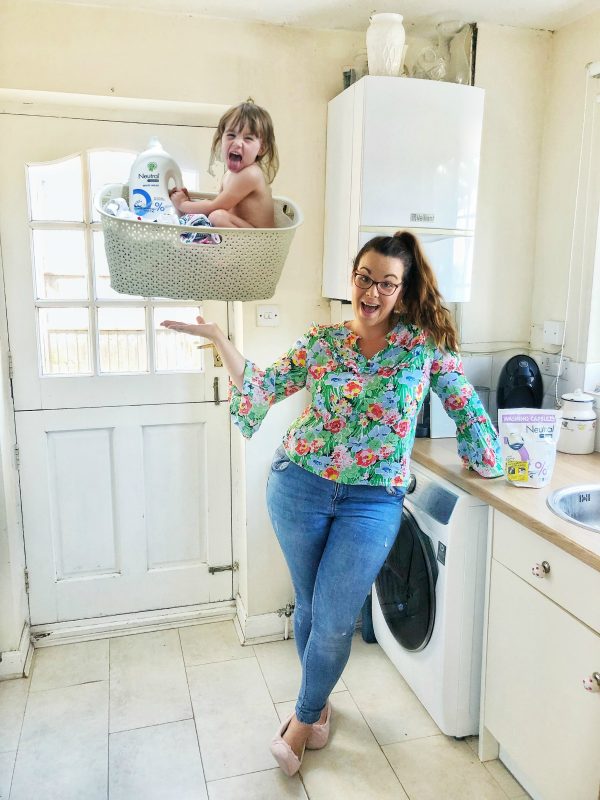 It’s so hot isn’t it? It. Is. BOILING! Don’t get me wrong, I love the heat, I’m the type of person that would quite happily move to warmer climes and settle down as a desert rat – but Adam, not so much. Summer is my fave time (and Christmas, and early Autumn… I basically don’t like Spring and that’s it) so when the weather starts to improve I want to get out as much as possible and enjoy all that luuuuush sunshine.

With the lush sunshine comes the paddling pool, the copious amounts of suncream and the dreaded prickly heat. I have to confess prickly heat is something I don’t suffer with too much, I suffer with chafed thighs (have you seen my IG stories about the amazing bloomers I’ve bought to prevent the thigh rub?) however Adam and Reuben are both suffers in the heat thanks to the old prickles. Toby has a slightly different struggle as he seems to have inherited Adam’s more sensitive skin. Toby’s issues are with dry skin and reactions to the chemicals in suncream – too heavily perfumed and it can bring him out in a rash that looks really sore (though he never really complains…) and if it isn’t a strong enough factor and really thick he burns very easily. As if that isn’t enough, any chlorinated pools are the nemesis for Tobes who gets sore and itchy skin really quickly – just like Adam.

Over summer, having noted that Adam and Reuben are struggling with prickly heat ( Adam with awful hayfever too) and Toby is finding the addition of daily chemicals to be a bit harsh on his skin, we’re trying out Neutral 0% laundry detergents, because why have an additional chemicals that are used to add perfume (which is frequently the irritant in these products) and the colourants used to help us associate with the perfumes that just aren’t necessary? Neutral 0% has no colourants and no perfume, it’s what it says on the tin: neutral.

Reuben is one who really loves to roll around in the grass, he can’t help himself, but the little clippings of freshly cut grass add to the irritation – not to mention the grass stains! We’ve tried the Neutral 0% laundry detergent in liquid form and the capsules and BOTH have worked really well to clean our clothes. It’s such a common misconception that products that aim to be free from scents and colours are also less efficient at cleaning – not the case here at all. As if that wasn’t enough to encourage you to give the Neutral 0% range a go, the products are hypoallergenic and dermatologically tested, they have received the Allergy UK Seal of Approval, and they are recommended by Netmums.

On a slightly different note, one that is more of an all year issue, Edith has been suffering with a really sore “mini” as she calls it – basically her genitals. As a toddler who is still potty training, still having the odd (albeit very rare) accident, I think she’s found that soreness has been more of an issue than it ever was when she was in nappies. Ensuring that she has knickers that have been cleaned in something that is effective but also neutral and unlikely to exacerbate the issue has been a god send!

If easy shopping is your thing then you’re in luck too because Neutral 0% can be a part of your weekly shop as it is found at Sainsbury’s; Ocado and Amazon.
#ad #neutralsensitiveskin