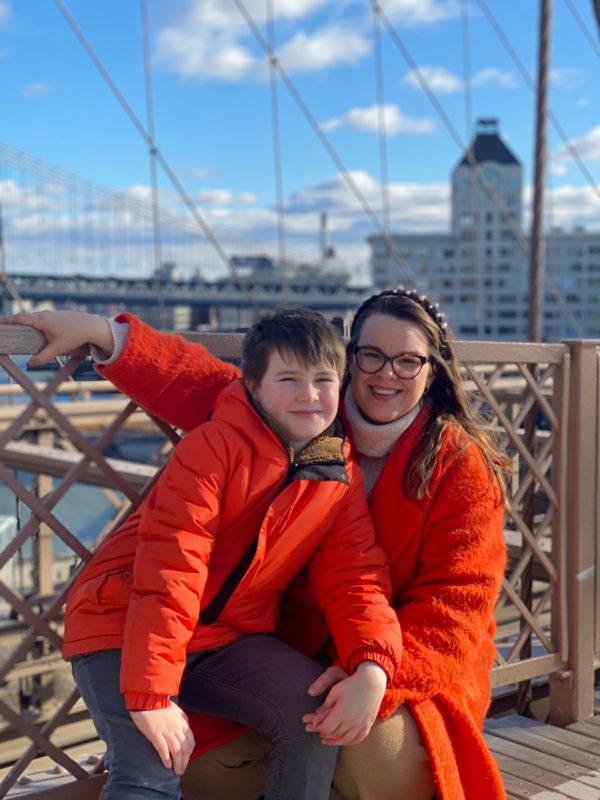 It’s always met with gasps when I mention this to people but the truth is, I don’t teach my kids to respect their elders. Now before you all pull out the shocked emoji and start thinking I have no manners – hear me out. I was raised on the principal of “respect your elders” and it’s something I’ve actively chosen not to pass on to my kids. Take this for example: a couple of year ago my kids were playing in their own garden, it wasn’t too early or too late and they were making a fairly normal amount of noise… like kids do. Our next door neighbour, an old lady – a mean, unkind old lady at that – shouted at my 2 and 4 year old for making noise. Not only shouted at them but screamed through the fence at them, calling them names and telling them they were horrible out of control children, making them cry and really frightening them because they were laughing too loud. Was there any respect for them, from person to person? No there wasn’t, there was rudeness and aggression when a simple “Excuse me little ones, could you make a bit less noise please?” or better still “Excuse me, can you get your mummy for me?” would have sufficed. I would have apologised profusely, explained that they are so little and whilst in the garden they are going to be a bit noisy but we will make sure they understand the importance of thinking of everyone around them… then I would have pulled them inside for a chat and some calm down time before they went out again, with reminders to be a bit quieter and calmer.

So, why is that relevant to not teaching my kids about respecting their elders? Simple: “Respect your elders” has become a get out of jail free card for people who are older to use and forget that they have manners, especially when speaking to younger people and that just isn’t cool. Here’s the thing, we get it, you’re 82 and you’ve lived a full and rich life – you know more than me AND my kids put together about living… but that doesn’t mean you get to be an arsehole and my kids or I just have to take it.

The fundamental issue here is that being old seems to equate to being allowed to say and do what you like – and everyone just has to put up with it, but the “youth of today are so rude and don’t respect their elders!”

I teach my children to be respectful of everyone – from their class mates to elderly strangers. Be kind, be respectful – but do not take shit just because someone is older than you. If someone is rude to you, walk away but you don’t have to take as gospel something that someone says. You CAN challenge poor behaviour from someone who is your elder and there is nothing wrong with that provided you do it politely and in a none threatening manner. I’m not suggesting we go all Stormzy and write a dis beat (even if it’s a really good one) but I am suggesting that we speak to people in a way that will get the best out of them. This is why I went to see our next door neighbour and tell her that her behaviour was unacceptable and that in future I would prefer she came to speak to me and I would speak to my children about being too loud in the garden. I felt that this underlines to my children that it doesn’t matter whether someone is older than you, you have to be respectful and treat others with kindness – and when she didn’t do that, I called her on it because you have to stand up for injustice in life. The same as I would stand up for her if they had responded rudely – two wrongs don’t (always – another blog post there) make a right.