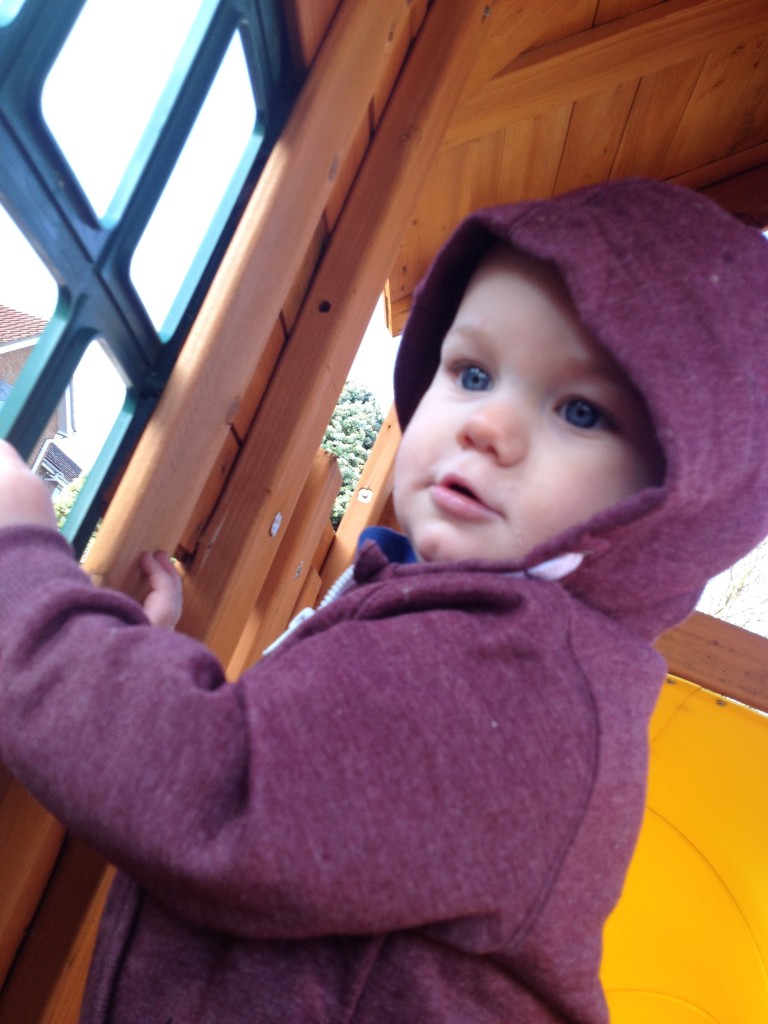 Every bit the hooligan he looks in this picture! He is such a little monkey with his temper tantrums, but he reserves the head banging for Mama and Daddy!

This topic is something I have read a lot about – and I do mean a lot.

Head banging, if you didn’t know (if you have kids and still don’t know – How? HOW??!) is the term that doctors and child psychologists use to explain literal head banging. Its something that children, usually between the ages of 1 and 2 years of age, do to express their frustration and displeasure. Some children do it quite mildly, others go for the knock out – Toby is the latter. Apparently around 20% of all babies and toddlers do this, and you are up to 3 times more likely to suffer it with boys – doomed from the start really wasn’t I? And coping with it is hard.

There is so much advice out there but its all geared towards a child who is rational and prepared to listen (the non existent child basically) or parents who keep cool and collected during temper tantrums… I’m not that Mama! I’m the one with the bright red cheeks, erratic hair and manic laughter who you know is going to throttle her kids once she is round the corner and out of view – I’m that one.

So this ‘advice’ ranges from allowing your child to express their inner frustrations, finding a secure and well cushioned place where they can act out on their frustrations, such as a bed or sofa, encouraging them to release their anger while reminding them you are close by; to the other end of the spectrum and totally ignoring the behaviour and walking away.

Initially, I preferred the sound of the first option – I tried to lift Toby onto the sofa or the bed, sometimes even to just hold him and let him know it was ok to be frustrated, natural even. You know what he did? He tried to throw himself off the sofa… I only just caught him and ended up having to pin him down while he shrieked like something from The Exorcist. I used the reassurances, he screamed louder. I held him, he head butted me, which meant I had to set him down, walk into the kitchen and count to 10 before I head banged myself!

So onwards to option 2 (interestingly this is what the doctor suggested, although I was initially sceptical you really want me to leave my 16 month old to bash his head?!) and when he started to head bang I ignored him, walked into the kitchen and pushed the door to while enjoying a symphony of bang, scream, bang, scream – BANG BANG BANG! So after a few minutes I walked back into the living room to find him playing with the iPad and smiling through the tear tracks on his cheeks! What the hell?

Here’s a prime example when both of these approaches are about as useful as a chocolate fireguard:

I take Toby swimming on a saturday morning and this week he decided it would be a good idea to throw a full out temper tantrum because I needed to dress him. That’s right, dress him. I spoke to him soothingly (then through gritted teeth) but it was a futile effort and as I let go of his arm he rolled off the nice soft towel I had him on, sat bolt up and threw himself backwards – BANG! I swear every mother in the changing room turned to look with that ‘Ohhh’ face. How this child didn’t crack his skull or cut his head I will never know, but all I could do was stare in disbelief myself! Now I ask you, if I just walked away what would you think? Or if I gently cooed at him and placed him on a ‘soft space’ to outlet his frustrations complete with head stroking and kisses – you would think I was crazy. Totally and utterly crazy.

So I decided to try and mix option 1 and 2 together – I try to sooth him as best I can, and if that isn’t working I put him on something soft and allow him to work it out for himself while I walk into another room and try to keep my cool. Generally it culminates in him sat playing with toys or watching the tv, smiling and looking like butter wouldn’t melt, while I try to control my breathing and avoid a panic attack while envisioning my son with brain damage!

Does anyone know how to ‘beat’ this phase without one of us ending up with long term damage? If you do – it would be oh-so-very-lovely if you shared it with me!