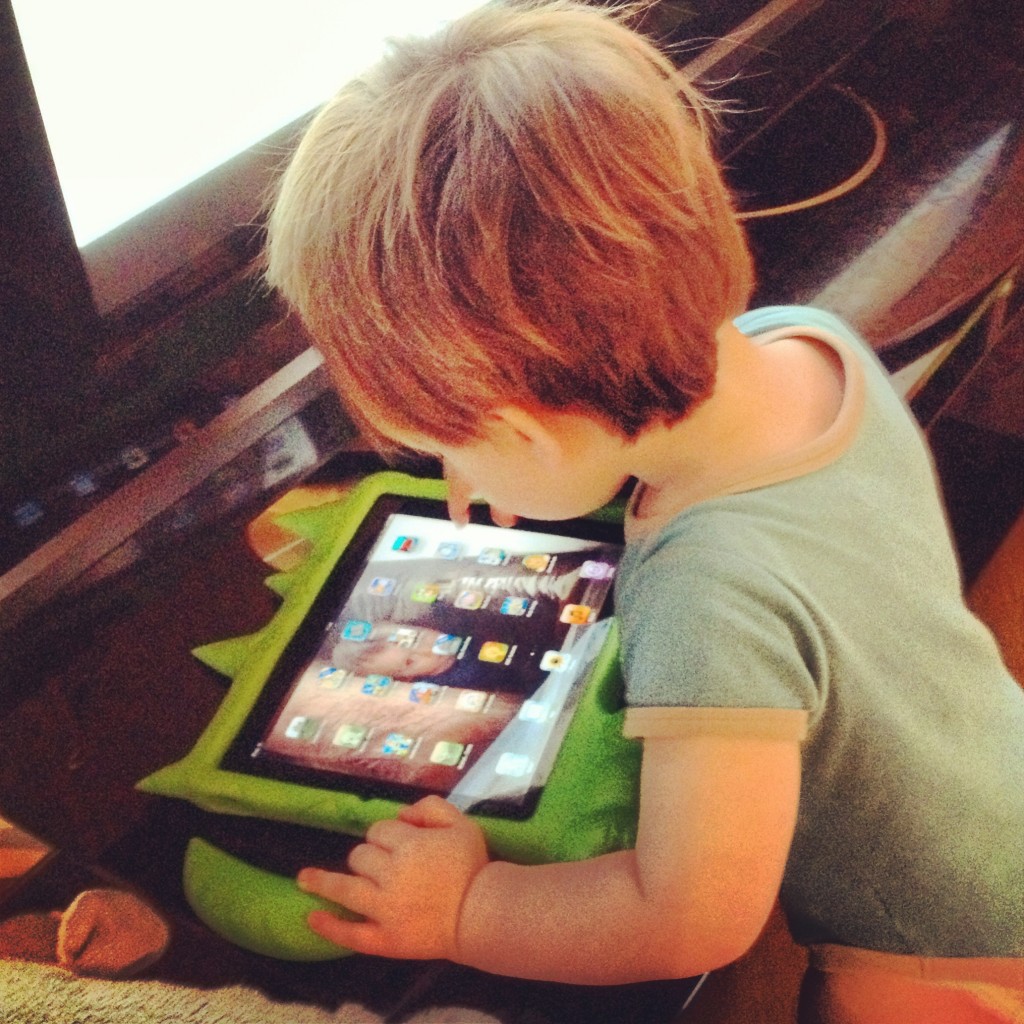 Roo at about 20 months old playing with ‘his’ iPad!

There is always something on the news about getting children back to being in the great outdoors, or reading or playing with toys, and keeping them away from the evil of modern technology. Half of the time I wonder if the people who write these posts even have children, or if they are just going of what the statistics say.

I whole heartedly agree that too much TV – too much computerised whatever – is bad for children, but is there really such a problem with children having some form of technology in their lives if it is a part of a variety of activities? I don’t think so – after all computers are a huge part of modern society, its a sad fact but a fact nonetheless that we could not survive easily without computers now.

Both of my boys watch TV, we love our disney films, we love our disney channel. We also have a massive climbing frame in our garden which we literally play on from dusk until dawn in the warmer weather, we have at least one family day a week where we go out, they both have swimming classes, we read books like they are going out of fashion and the boys have more toys than there playroom can physically hold… hence the reason they have invaded the living room!

Basically what I am saying is that we do a wide range of activities so surely that balances it out?

Now, Reuben has been using my iPad (which is pretty much referred to as his iPad now) since he was a tiny tot, we have plenty of games on there, most of which have some sort of benefit – from shape sorting to learning words. He loves to watch cartoons and movies on there and its a god send for when we go on a plane or long car journey. I did feel that the iPad did help to bring Roo on with his speech and with his co-ordination, he would listen and repeat the words, and he could shape sort most things from about 15 months (and with real shape sorters as well as on the iPad).

So how do you feel about technology for children? Do your kids use anything or watch TV, or do you ban it from your house altogether?