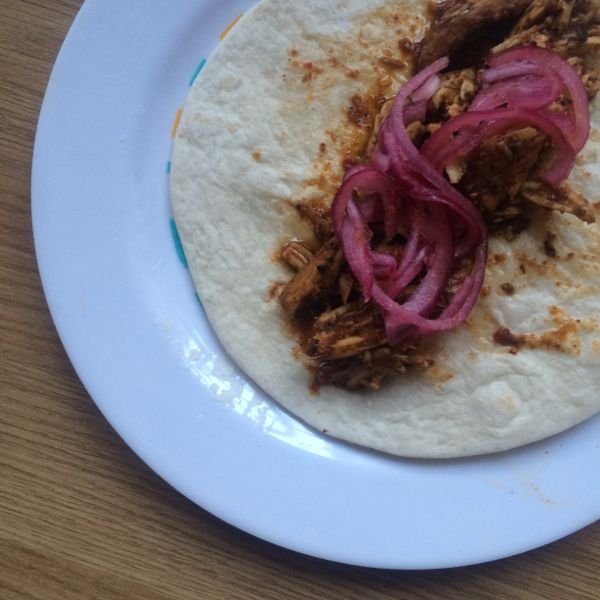 We are big fans of mexican food in this house, after all it’s tasty, often messy and packed to the rafters with flavour! The other thing I love is that it can usually be slow cooked, which means I can put it in the slow cooker before work or a day out and BOOM, delicious food when we get in. 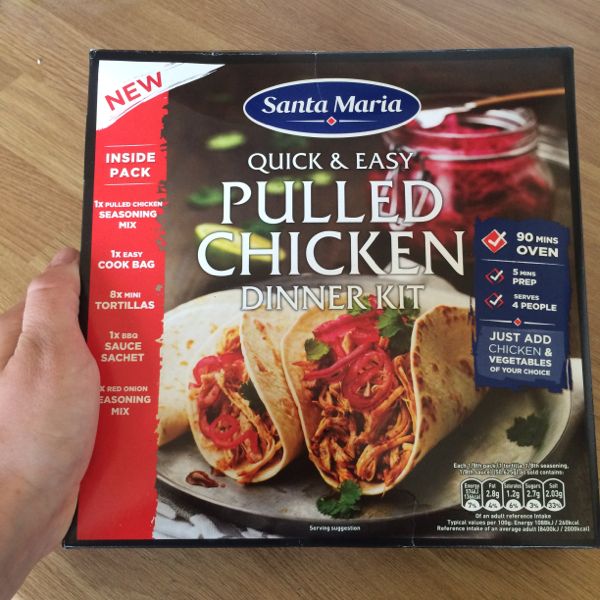 Not only do we love our mexican food, but we also LOVE our chicken – who doesn’t? (veggies don’t answer that…) – it is easy to cook, takes on flavour and is generally a winner with the whole family, so I was really excited to try out Santa Maria’s new Pulled Chicken dinner kit. If you think along the lines of fajitas kits you can buy then you are on the right track but for succulent, tasty pulled chicken for the twist.

We usually eat at around 5/5.30 and get back from the school run at about 4pm – so pulled pork or pulled chicken is out of the question unless I’ve had the forethought to slow cook, but with the dinner kit from Santa Maria, it was easy as 1, 2, 3. Achievable and delicious in 90 minutes – which fits right into our time scale. 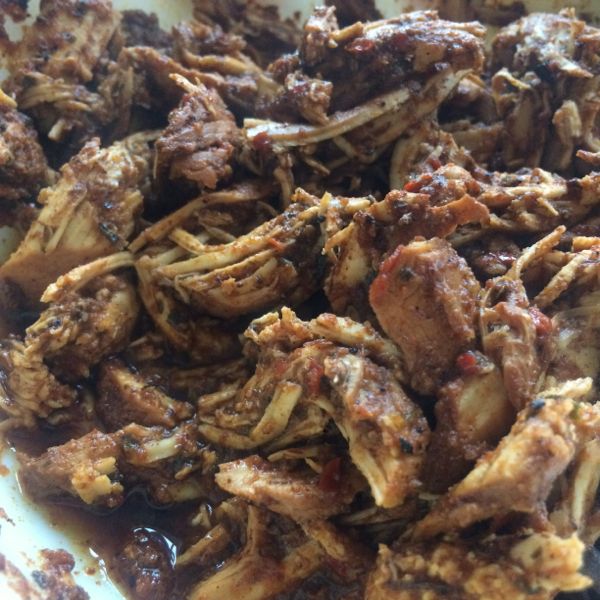 I pre-heated the oven, grabbed a couple of chicken breasts that I had defrosted earlier, added them to the pre-packed oven bag and added the seasoning. I used two extra large breasts, the recipe does call for 4 breasts but I buy HUGE breasts from a wholesaler and one does two people. Also, I spent a few minutes wondering where the oven bag was when I first opened the pack – don’t worry, it’s conveniently located in the bag of spice mix, separately stored! You just add 100ml of water (and a tablespoon of oil if you are using breasts instead of a whole chicken).

Once I’d done that it was a case of shoving  it in an oven proof dish, popping it in the oven and leaving it for 90 minutes. When I took it out it was sooooo juicy and delicious, definitely a taste bud waterer! Just take out of the bag, shred with two forks and pile on to the pre-warmed wraps. YUM! 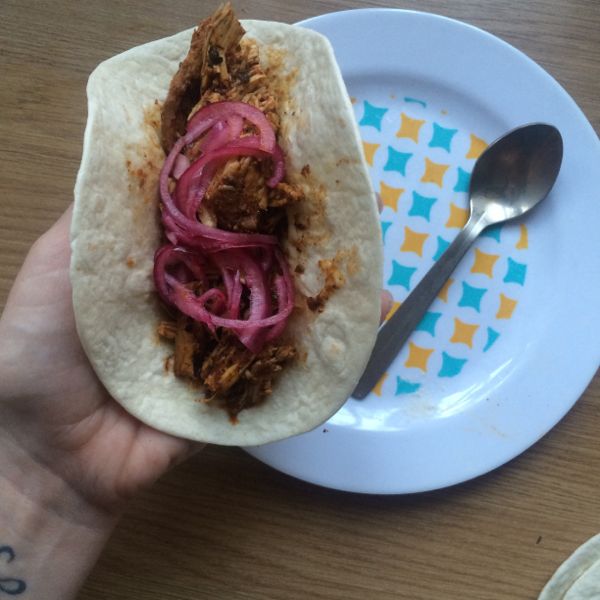 The secondary part of the kit is the red onion spice kit – simply slice up two red onions and add the spice mix, leaving for 10mins (I did this in the afternoon and left for the rest of the day) to make the most delicious chutney style compliment to your chicken.

That’s it really. It was super easy, beyond delicious and well worth giving a go. I did give some to Edith but it wasn’t a chip or a piece of chocolate so she did turn her nose up at it – we will keep pressing her to try lots of new things though, I refuse to give in to her junk food preferences! The boys aren’t usually the biggest fans of wraps/fajitas – they did enjoy this though and I think it’s purely because it was SO juicy and saucy!