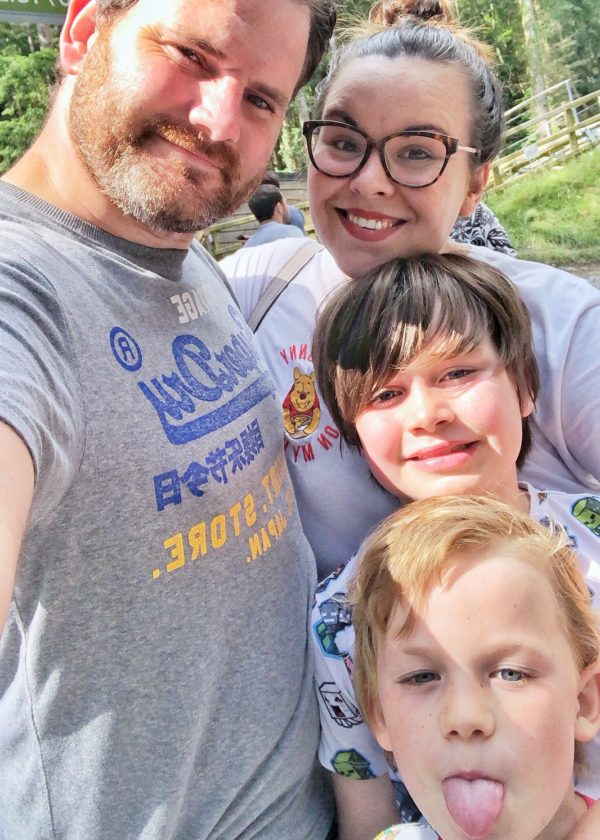 I think with all parents there is an element of control freakery, it’s in built. Ultimately parenting boils down to you being responsible for another life. It’s your job to keep that human alive, come hell or high water, you are exclusively responsible for raising them to a point where they can look after themselves and even then you have to pick up the pieces on a relatively frequent basis (thanks mum).

So here you are, raising your kids as you see fit and this other person starts to have a say. “Mummy, can I have a sweetie”, erm no, eat your lunch first…next thing I know, he has a sweetie in his hand… “Daddy said I could!”

Cue murderous thoughts and a slightly neurotic eye twitch that can only be brought about by someone challenging your authority in your own castle. I am the don-wan here, buddy, and Daddy is now on my shit list. The same shit list he landed on yesterday for buying Reuben a pack of match attax when I said he couldn’t have them, or when he gave Edith ANOTHER piece of chocolate just to shut her up.

These are the simple, tiny every day things that we disagree over, I mean, we’re different people with (very) different upbringings and personalities, so when it comes to raising kids, it’s no wonder that sometimes co-parenting with my spouse is HARD. Harder than I really thought it would be.

When it comes to the big stuff, Adam and I are united front. We’re both non-religious but happy for the boys to believe whatever they want, we both have slightly different political views, we agree on the big stuff like Trump is an orange Hitler, but differ on the more minor things – we both believe in equality and the fundamentals such as raising our children to be kind, considerate and caring of others no matter colour or creed. We’re both big believers in loving our children equally and when it comes to things like how to treat them, we agree… it’s the little things.

I never really thought about co-parenting as something that you did when you weren’t separated. I know that probably sounds silly because we do it everyday, but I always thought of a couple as a two sides of one coin, only really struggling if they had huge differences or didn’t get on like my own parents. I guess what you don’t really realise until you are parents is how different those sides to that coin are – and it’s the little things that act as a magnifying glass to your own personalities and your own ways of parenting.

Take these moments for example:

I was quite happy for Edith to have her ears pierced once she was asking for them and as long as she was willing to allow me to care for them every day. Edith had been asking for over a year, and I was really content for her to have it done – however, Adam was NOT happy with the idea, it caused such friction because he felt that it wasn’t right for her to have her ears pierced so young. Eventually Adam relented but he still wasn’t very happy – it was a compromise on his behalf and something that we find happens often.  Neither one of us is particularly right, we just have different views on things, but finding the middle ground can be so tough sometimes.

Little things tend to get us more than big too, giving the kids chocolate when I’ve said no more, letting them skip tidying up the playroom when Daddy said they have to. I think it’s a case of learning to live with each other’s different styles and trying to make sure you don’t get hung up on the little things and discuss the big.

Do you find yourself coming to blows with your partner over parenting?