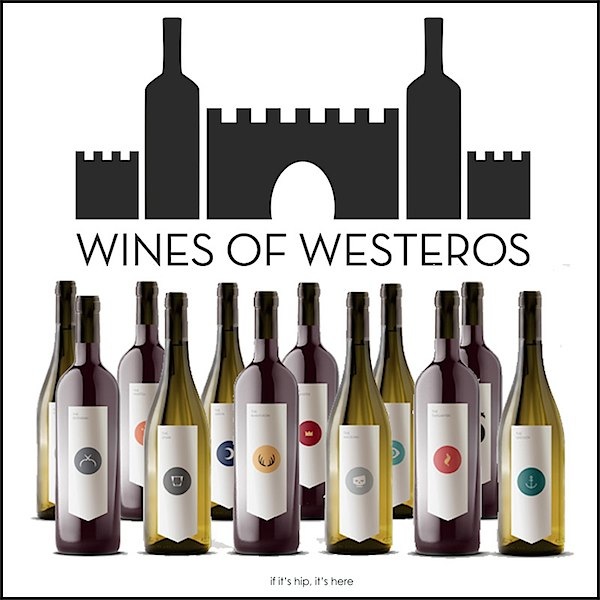 Ok, I know this isn’t the kind of thing you would put in a sippy cup, and I don’t usually write about things for mama that aren’t children related BUT I couldn’t resist. This has to be shared. Everywhere.

I don’t know if it is the fact that I am beginning to miss having the option to curl up on the sofa with a glass of wine (which I hardly ever do, honest) or if it’s the fact that I am pinning for Game of Thrones to come back to my screen like a lovesick teenager without snapchat. I love that show, almost as much as I loved the books.

So earlier this week when I saw this amazing Wines of Westeros set on Cool Mom Picks, I couldn’t, simply couldn’t, resist telling you all about it!

The wines have been developed by Common Ventures as part of a fan project in Australia – so not only is the wine fun but it appears to be pretty decent wine too! I love the design on the bottles (fan girl explosion impending) it is just so cool and totally stylish… or as stylish as you can be if you are holding a bottle of wine styled on your favourite TV show!

“A mind needs wine as a sword needs a whetstone. Whether it’s a bottle from beyond the wall or a case from the cellars of the Iron Bank, keep your mind fit for the death of summer with the lion’s share of vino. Have a wench fetch a goblet, reject all wedding invitations and settle down for a long, harsh winter.

12 houses. 12 temptations. Where does your loyalty lie?”

Personally, my loyalty will lie somewhere near the bottom of the glass (bottle) and I’m quite happy to make like a Sellsword and switch my allegiance depending on my favourite flavour that evening.

The Stark, Greyjoy, Arryn houses and The Wildlings are all represented by beautiful Sauvignon Blancs (which my husband, who is a bit of a wine snob assures me will be delicious) while the Tyrell house is represented by a Chardonnay. As you would expect the Lannisters and Baratheons are holding it down for the red team with Pinot Noirs (you couldn’t see Cersei sipping a white could you?). The Dorathkis drown their war woes in Merlot while the Martell’s sip on Cab Sav. Finally for the grand houses, we see the Targaryen’s represented by Shiraz.

There is also a drink for the white walkers, which is a Sauvignon Blanc (white because, well duh) and is ‘best served chilled like those who came before it’ to quote the site.

That is the other thing I love about the site – each wine has a relevant and amusing little quote to go alongside the bottle which makes pre ordering oh so much fun! I think I spent forever boring my husband  (while he tried to watch the world cup final of course) by making him listen to every caption!

If you feel that a house has been unjustly ignored ( you can’t really blame them for not including the Frey’s, they are totally out of vogue since the red wedding) or you want to included the dragons or dire wolves, you can ‘send a raven’ to the team.

If you want to pre order some of this awesome wine (think about that Game of Thrones fan in the family for Christmas!) then you can do so on the Wines of Westeros site here.

P.s – I promise not to go nuclear fan girl on you again in the next week or two… blame the hormones!