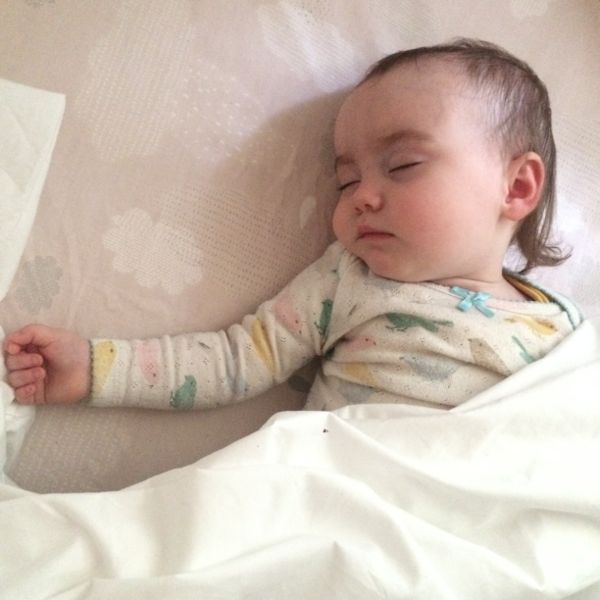 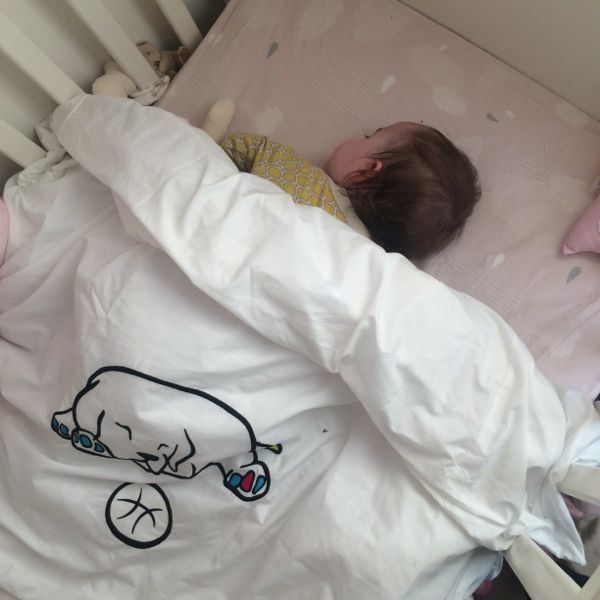 Almost 6 months ago now I was sent a special duvet set from Tuck n Snug, ready to use on Miss Edith when she moved on to a duvet. I had just managed to get her sleeping in her own bed (under her favourite aden + anais blanket) so I have waited a time to change her bedding.

I bought a very simple duvet from Asda, and then I followed the instructions for the Tuck n Snug cover. The duvet goes on as normal but there are three extra “flaps” that secure down the sides and at the bottom of the duvet to keep the duvet secure and help avoid your little one kicking it off in the night.

Though Edith is only small, she could still pull a duvet out at sides when she has a mind to – think small but mighty – so it was really interesting to see whether or not she could pull this out, but she couldn’t! The duvet stayed in place all night and only when she sat up and demanded a feed did she come out from underneath. Three nights in a row she even slept until 4.30/5am!! I love that the duvet is simple white with an appliqué dog or cat on the front, while you can buy some beautiful patterns this one is perfect for Edith’s room and accentuating with quilts or pretty blankets.

I think this duvet works so well for Edith, who wasn’t really struggling with kicking off her blankets (the original purpose of the set) because it makes her feel secure and cosy. It seems to cocoon her and give her a “wrapped” feeling, which helps her relax better.

Do your little ones kick their covers off?