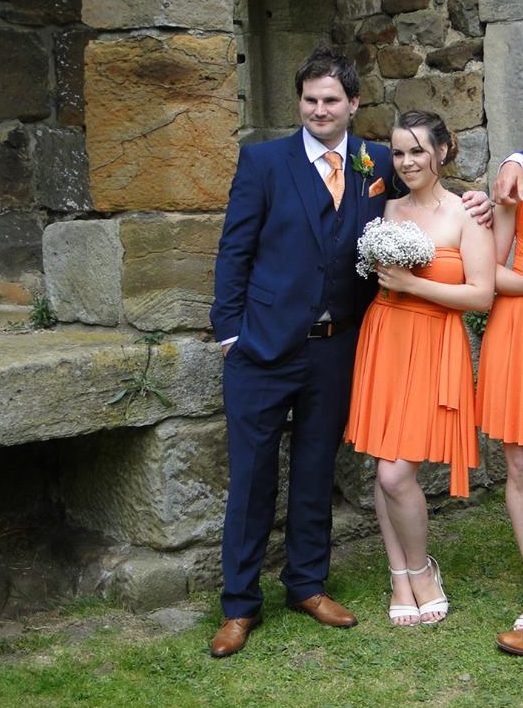 Relationships are a funny thing aren’t they?

When you first start out, you put your best face forward – you clean your teeth before the date, you wear something nice, you smile a lot and you hide the gnarly shit that would make any sane person run for the hills. You hide parts of yourself, and don’t you dare say you dont, because we all do – unintentionally too.

I think that’s what happened with me and Adam. When I first met him, he was madly, irrevocably in love with me. Or was that lust…? It could well have been, but that is a different (totally unnecessary) story. We were virtually inseparable for the first 3-4 months, and it was both overwhelming and blissful. Adam always made it clear that he was a sports-a-holic, as addicted to his sports as I was to chocolate and cheeky vimtos (shhh, it was cool back then…). What he didn’t have was a season ticket to watch his football team, sky sports or even a signing to a team.

Slowly but surely, these things have changed in our marriage, he started playing for a local football and cricket team, giving up the football when he could afford his season ticket. He would go to every match, every day of the week if he could and I would just become someone to warm the bed, cook the food and occasionally wash his shit. This didn’t change when we had kids, but rather it became more frequent.

If I’m honest, going back to putting that best face forward, it’s a good job he wasn’t all about the sports when I met him because I wouldn’t have married him. 19 year old Harriet wouldn’t have stood by and played second fiddle to sports, but nearly ten years on, I *just* don’t have the energy to do anything but accept my second place trophy to this sporting obsession with a poor grace and that aforementioned slab of chocolate that I am still into – though my tastes have evolved from Cheeky Vimto to “proper” cocktails that won’t make your stomach feeling like one of those exploding volcano science projects.

This may sounds very self centered, but it genuinely isn’t. The truth is, football (or sport in general, but especially football) is more important to my husband than I am, despite the protests he has made to attest that fact. The old saying “actions speak louder than words” had been applied so very often. When I had our first son, Adam went to football the following day while I was in the hospital, he went to football when I had Noro-virus 8 weeks after giving birth to Toby and, most recently, he went to football when I had a D&C. He could probably list you every match he has ever missed in order to stay with me through something or other, but by that very virtue he would prove my point. He would know he had been made to miss something he wanted to do, even if it meant being there for the birth of his child, a birthday party (in fact, he has left his own children’s birthday parties early to go) or just an evening out with his wife and friends. It feels like an inconvenience to him, you can see that in his eyes whether he admits it or not.

I could say I don’t resent this. I could tell you a small part of me doesn’t wish I had known before I married him and had children who idolise their daddy. I could tell you we haven’t almost separated over the issue many times and I haven’t sat in floods of tears wondering why I’m not important enough to miss football for, especially in the moments I truly need him. But that wouldn’t be true. A lot of our marital issues stem from sports related arguments, and if I had known the extent to which sports would govern my life and emotional wellbeing, I think I would have run for the hills.

It’s not all doom and gloom, this is one part of our marriage. Like every marriage there are so many facets, I do know that deep down Adam loves me and no one can equal him as a father in my eyes or the eyes of his children.

In addition to the bullshit, there are the amazing things – the giggling that only Adam can pull from the pit of me in my darkest hour, the way he can make me feel like the most beautiful woman on the planet with just a smile or a whispered word, the way that we know each other better than anyone, better than we know even ourselves. There are the moments that I watch him with our children, and the adoration in their faces is reflected and magnified in his, and the everyday moments where we can sit in quiet companionship, snuggled together and quietly content.

It doesn’t take a genius to see that my family is filled with love, from my husband and towards him.

I just have to check the fixtures list to know whether or not we’ll be made to feel it that day.

I guess the point to this is to say it’s ok to have those things about your marriage that DON’T work. That make you feel unhappy, that suck. The kicker is making sure that you have that balance and ultimately, the happy out ways the not-so-happy moments.