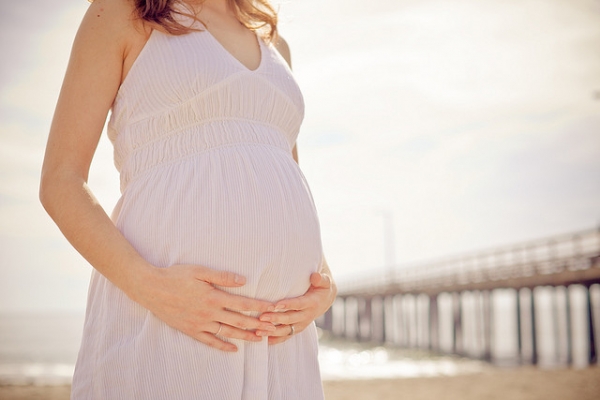 Pregnancy after miscarriage isn’t the same. There is still a joy and a wonder at the life growing inside you, but there is a constant nagging worry in the back of the mind. Hopefully this dissipates over time…

It is such a wonderful feeling to know that I am pregnant again, although it is so different to my previous pregnancies. Pregnancy after miscarriage seems to be tinged with worry, despite an overwhelming sense of delight that I am fortunate enough to be pregnant again.

With Reuben, as it was my first pregnancy, I was filled with excitement and joy but also a little nervous as I had no idea how my body would react to a pregnancy. All I knew was that I had spent my life waiting to be a mother, and I was so ready. The pregnancy was generally wonderful, a good dose of morning sickness in the beginning but nothing to write home about, a touch of high blood pressure here and there, but again normal parameters. The birth was a different story, but the pregnancy was something that most women would be envious of. With Toby I was a little nervous as I had had to have an emergency cesarean section with Roo and I felt that maybe I was going to be in a position where my body wasn’t 100% but within a matter of weeks this worry disappeared and all I had to concern myself with was low blood pressure and being absolutely exhausted! I was so lucky.

Then came the third pregnancy. All the way through I felt under the weather and just generally blah, but it never entered my mind that I could miscarry, I mean, why would I? I had good pregnancies, rubbish labours but good pregnancies. As you already know, this wasn’t to be the case.

Now, I’m so fortunate to be expecting again, but it is tinged with a worry that I never felt in the first pregnancies.

At 8 weeks we took the opportunity to have a viability scan to check the dates for the baby and to make sure that everything was as it should be, but up until that point anyone who knew that I was pregnant, from my very dear friends who I confided in to my husband, would tell you that I rarely acknowledged that I was pregnant, and frequently would say (if the subject was brought up by someone else) ‘If this pregnancy lasts…’ or ‘If we have another baby…’ almost as if this wasn’t a real pregnancy. I have started to allow myself to feel more confident after seeing a super strong heartbeat and large yolk sack at the scan, but I am still far more conscious of my actions than I ever was, even with Reuben. Logically, I know that it is nearly impossible to cause a miscarriage, but I find that I am more aware of what I am eating, drinking, if I am lifting the boys and throwing them around in their swim classes… the list goes on. I find myself stopping and working less in favour of going to bed earlier to guarantee a good sleep, any twinges have gone from being growing pains to being something suspect that can ram my heart into my throat within seconds and itching is no longer a nuisance but a worry. I’m not suggesting it is all bad, it isn’t by any means because there is a joy at my good fortune, a joy that can’t be explained in words but that you will only understand if you have children of your own, yet it isn’t the same as pregnancies before experiencing miscarriage. There is a fear of that pain and loss that was never there in those innocent days.

Hopefully as my pregnancy progresses I will become less and less nervous, but I don’t think I will be truly content until I have a happy healthy baby in my arms.