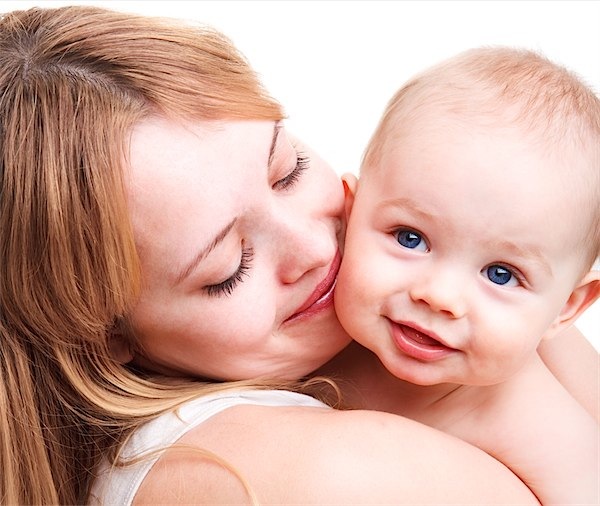 How many children is too many? Why would anyone want to have an opinion on that!?

This is something that I find to be a really uncomfortable topic of late. I follow a lot (and boy do I mean a LOT!) of parenting sites, groups and forums and I feel like lately I’ve become more and more aware of people posting about other’s reactions to the news of their latest pregnancy or that they are trying to conceive again in a less than positive way. Maybe it’s because I’m more sensitive about it at the moment.

So, how many kids is too many? Who decided there was a limit for each person and at what point did we become China circa 1985?

Is it just me that this grinds on like a pestle and mortar in a spice shop? Really now, the only appropriate response to a pregnancy announcement or discussions of more children is CONGRATULATIONS! Other than that, zip it and keep your opinion schtum.

When I fell pregnant with Toby Reuben hadn’t quite turned one year old, in fact we found out about 3-4 weeks before his birthday. We were over the moon and with this only being our second child most people didn’t have anything to say other than the usual, ‘Oh that’s lovely news’. There was, however, one friend. A friend of my husbands, who we don’t really see anymore. Him and his wife had a child already and they had had a mountain of complications with the pregnancy, birth and sadly with their child, who was finally fighting fit and as wonderful as any child could be. Nothing was ever said directly to us, including a congratulations – my pregnancy news and subsequent bump were virtually ignored, but I did find out about a conversation had with close mutual friends and a family member that really frustrated me. To cut a long story short he expressed the opinion that he was horrified that we would be having another child so close to Reuben, that it wasn’t fair on Reuben and he would miss out because I would no doubt be unable to cope with a new baby and a toddler. Didn’t we know having a new baby was hard work? (Yes). Didn’t we understand that we might have to actually potty train while we had a new baby? (Yes). How would we cope financially? (like everyone else!) He also sincerely hoped I wasn’t planning to try breastfeeding with this baby (I was and did for 9 very happy months!)… what would Reuben do whilst I was doing that?! All sorts of things were wrong with us having another baby so soon according to this guy.

At first I was shocked when I found out. It seemed so odd. Who the hell did this guy think he was? How would we cope financially, didn’t I know it was hard work? How dare he! This was surely not the normal response to a pregnancy… and yet since falling pregnant with this baby (and the pregnancy I miscarried earlier in the year) it’s come to my attention that this really isn’t as uncommon a response as you would think!

This pregnancy, there have been more than just a few who have had anything but positive things to point out. Yes, my children are 19 months apart and yes, there will be 22 months between Toby and baby… I will have 3 children aged 3 years old and under. It will be hard, it will be tiring but it will also be the most wonderful, gratifying and rewarding thing in my life to date. It’s what I want and it’s what I have chosen. I hate to frighten you too, but I always planned on having AT LEAST five kids… yep, five.

A lot of people don’t think of it like that though. I’ve had more people ask was it an accident than I have congratulating me! I’m asked, ‘So is that it now?’ all the time (which is normal I suppose) but there is usually such shock that the answer isn’t an immediate ‘Yes, that is it, never again… good god we aren’t rabbits!’ If I’m with mummy friends and I return that question I’m frequently met with a ‘Ohh no, we won’t have anymore, we can’t afford it… I don’t want to make my children miss out on their activities and having the best things in life because we chose to have too many children.’ Again, what is too many? And how exactly do your children miss out on activities when they can have different activities with their siblings that will last forever? What’s wrong with not being a paid up member of every local club in return for hours spent at parks playing football or on swings with your family? When did quality family time become a hinderance to a child’s life?

It works on the flip side too, don’t get me wrong. I read a thread a few weeks back on a parenting site about a lady who had made a conscious decision to have only one child and wanted to know from other parent’s with only one if they had been treated to a similar animosity from other about their choice. The response was huge, so many people had been told they were being unfair and should be having more than one child, the child would be lonely and on and on and on. This isn’t a dog you know, it’s a human being, perfectly capable of making their own friend’s and finding alternative entertainment with their parents or toys. I respect their choice to have one child, it’s just not a choice that would work me.

I think it’s important to remember when someone tells you they are expecting, the answer is congratulations and not anything else, unless it is your uterus it isn’t your business what’s in there or how many times something has been in there.

Smile, congratulate and shut up.