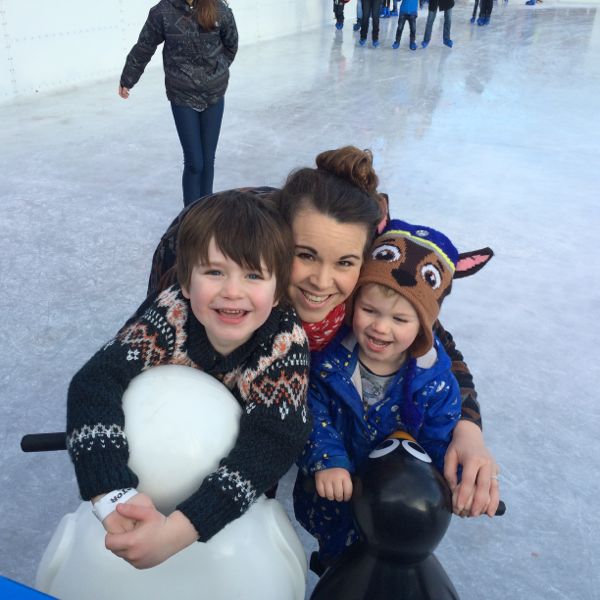 I do love Mother’s Day, don’t you? I love Father’s Day now that we have kids for the same reasons really, I love to celebrate that we are parents and the boys get so excited about giving us something!

One thing I’ve never understood, and it’s an area that me and Adam differed on a lot when we were younger, is gift or card giving to Grandparents on those special days. So I want to know, do you do it?

When I first had Reuben I was so ill that I ended up back in hospital for quite a time, and I had only just come back out when it was Mother’s Day. I was recovering from septicaemia that had developed from an infection in my c-section wound. I was so very ill, I could hardly get off the sofa so of course Adam had to go up and see his Mum on his own on Mother’s Day. With Reuben being bottle fed due to the illness (which devastated me enough), that meant Adam could leave me to sleep while he took Roo to have a visit with Grandma. All pretty normal Mother’s Day stuff, until he came home to tell me not to worry, he’d bought a Grandmother’s card from the shop on the way, and handed my mum a card too!

I was hormonal and, to be blunt, pretty depressed having had all my expectations of new motherhood trollied by this illness. I remember looking at Adam and just bursting into tears. How dare he take my baby up to his mother and gift her with a card, it’s my day god damn it and I was struggling enough to enjoy it as it was. I wasn’t the only one surprised because my mum was equally confused to receive a card “from Reuben” and wasn’t really sure what to do with hers!

Pretty silly of me to melt down, I know. But hey, hormones and after everything I had been through I was going to be damned if anyone else was sharing the Mother’s Day vibe with my son.

After my initial upset and the replacing of the dummy to my mouth, we had a chat and it turns out that this “grandparent” card giving is the norm for Adam, and millions of other people, whereas I had never had that experience. In my family, Mother’s Day was and is for my mum not for my Grandmother or anyone else, yet Adam always bought his Grandma a card.

I find the whole thing odd, it is Mother’s Day and despite having a fundamental role with my children, my mother and mother in law are not their Mother, nor would either of them want to be or try to be. I also know that there is Grandparents day, but this seems to have been ditched of late in favour of gift giving on the respective gender day (mother or father).

Is it something that you do in your family? If not do you remember it being done when you were younger or is this a new commercialisation that is merited purely by its ability to grab a few extra quid from the consumer when they are already spending.

Since talking about it with Adam we came to the conclusion that we wouldn’t give gifts to our parents from our children on Mother’s/Father’s day, so that has become our norm for our boys, though we do make sure that our Mother’s always get a card from us.