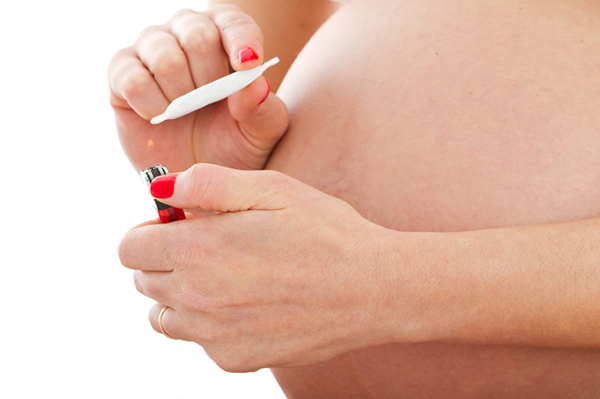 Is smoking Cannabis during pregnancy detrimental to your baby and you? No one can seem to answer this question definitively.

We all pretty much agree that during pregnancy what Mama takes in, baby takes in. Right? Something that no one can seem to agree on though, is the effect that cannabis has on a foetus if used during pregnancy.

As someone who has never used Cannabis I have a relatively biased view, it has always been a negative thing to me – done by teenagers acting out, or maybe the odd person for some medicinal use that could be gained by using ‘proper’ drugs from the doctor. This seems to be such a common perception too, especially in the UK where Cannabis is not legal, and let’s be frank, we’re English – if it’s illegal, in my experience people tend to believe it must be wrong. But this isn’t the same attitude that is shared across the world, in fact in a lot of countries Cannabis is legal, if not for just daily use, for medicinal uses. So what are the world attitudes toward Cannabis and pregnancy? What does the research really say?

Anyone who has ever suffered with morning sickness will really want to listen up here and ask themselves a hard question: If you thought that cannabis would help you with morning sickness, and I am talking chronic, potentially life threatening morning sickness, would you use it? This is an extract from an article published by Dr. Wei-Ni Lin Curry, who documented her own therapeutic cannabis use during her pregnancy:

“Within two weeks of my daughter’s conception, I became desperately nauseated and vomited throughout the day and night. … I vomited bile of every shade, and soon began retching up blood. … I felt so helpless and distraught that I went to the abortion clinic twice, but both times I left without going through the with procedure. … Finally I decide to try medical cannabis. … Just one to two little puffs at night, and if I needed in the morning, resulted in an entire day of wellness. I went from not eating, not drinking, not functioning, and continually vomiting and bleeding from two orifices to being completely cured. … Not only did the cannabis save my [life] during the duration of my hyperemesis, it saved the life of the child within my womb.”

So, I’ll ask you again, would you use it?

Further to this potential effect of Cannabis, a study conducted by Dr Melanie Dreher, which hit mainstream media back in 2012, compared the one month old babies of women who used Cannabis heavily to women who didn’t use Cannabis at all, and the results were quite shocking:

So now there is a bonus to using Cannabis? Surely not?

On the flip side, a recent study discovered the active ingredient in Cannabis, THC, interferes with the formation of connections between nerve cells in the cerebral cortex, the part of the brain responsible for higher thinking skills and forming memories. These findings led to the conclusion that the drug could have direct effects on the child, possibly even into adulthood, or it could sensitise the brain to future drug exposure or neuropsychiatric illnesses. To me this is a pretty scary thought, that I could negatively effect my child’s brain development, and it is such a different conclusion to the study mentioned above. The same study that showed the negative effects of THC, conducted by neuroscientist Tibor Harkany of the Karolinska Institute in Sweden, and the Medical University of Vienna, in Austria, also showed that children whose mothers routinely smoked cannabis had a higher risk of depression in their youth and adult years. In a society where children are exposed to all sorts of things and we hear of so many tragedies where a child has taken their own life through depression, isn’t it a bone chilling thought to think that a simple act, that could easily have been avoided, could make a child more prone to depression?

I am neither promoting nor condemning the use of Cannabis during pregnancy, or at any other time, you will probably know by now that I am a very laid back person and would always try not to judge but to understand. I do, however, find the humongous amount of viable and genuine research, founded in science, to be fascinating. The results vary so much!

So Mamas, what do you think? Is cannabis a no no during pregnancy, or is it something that has no negative effects whatsoever and can be done if the mother wishes? Please do let me know your thoughts, and if you do want to share any research you know of then please feel free! Also, let me know whereabouts you are in the world, maybe the legality of the whole topic changes your opinion?

P.s – I thought it wise to quote my sources for the articles and research studies I’ve mentioned in my post – just in case you didn’t believe me 😉 So…