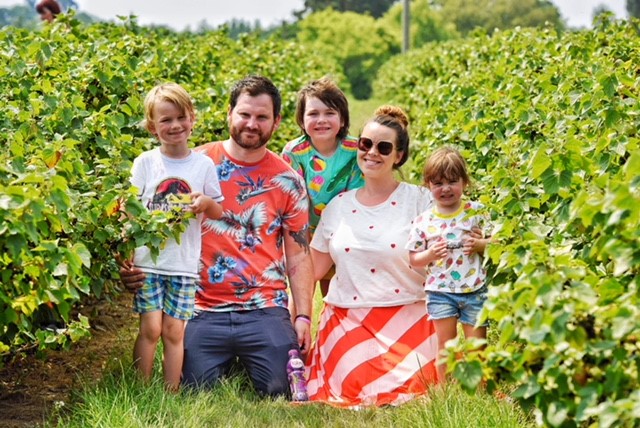 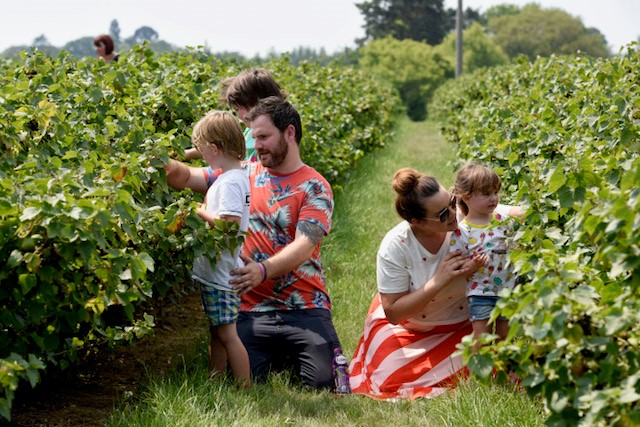 Living in the countryside we’re no stranger to lots of fun in the sunshine at family farm days but the one we went to a few weeks ago as guests of The Blackcurrant Foundation and Ribena was awesome; we had so much fun and the children learnt loads about how British blackcurrants grow and go from bush to a Ribena bottle!

The event was held in Kent at Gushmere Court Farm, owned by Josh Berry whose family have been growing blackcurrants for Ribena for five generations. In total 200 hectares of hops, blackcurrants, pears, wheat, oats, oilseed rape and beans are grown on the farmland and the gates were opened to the public in a special event organised  by Ribena, called The Big Berry Bash. 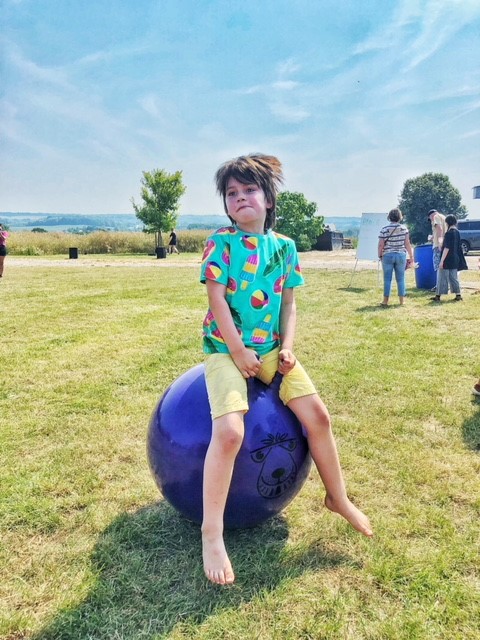 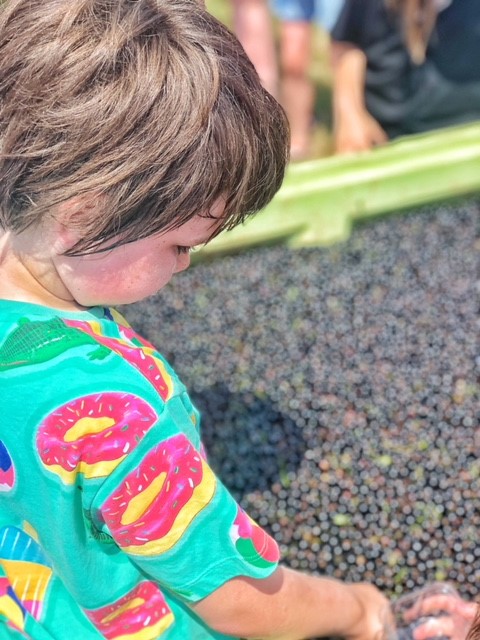 The kids had so much fun, from enjoying boogying away to the live music to learning about how the blackcurrants make it from bush to bottle with a talk from Josh Berry himself; just before we did some blackcurrant picking! There was a fab bouncy castle obstacle course that the kids ran up and down over and over and OVER – I genuinely don’t know where they get their energy from! Face painting, which we had to forgo because it was so scorchio that we were pretty sure it would melt straight off their sweaty little faces when they were devil dashing along the bouncy obstacle course! 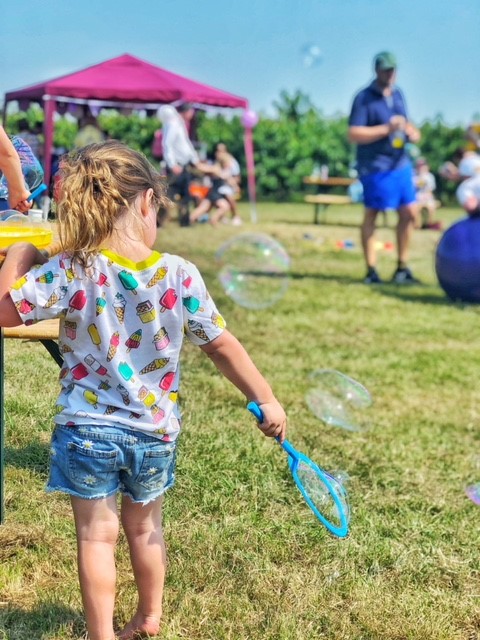 Ribena bottles, both the classic and the sparkling delights of pineapple and passionfruit and blackcurrant were handed out to keep everyone hydrated and cool whilst they enjoyed relaxing in the glorious sunshine. I have to say the hog roast smelt amazing and had our mouths watering from wayyyyy before lunch – it was insanely yummy! In true farm day spirit and in an effort to keep them learning whilst having the best time, the kids were given little plant pots, some soil and seeds to plant their very own flowers and watch them grow once they got home. They had colouring pens to decorate their pots and even had packs of sweeties on the tables – what more does a child want?

After diving around on the bouncy obstacle course, having a jolly good giant bubble sesh with the bubble wands, it was time to go and pick our own blackcurrants. 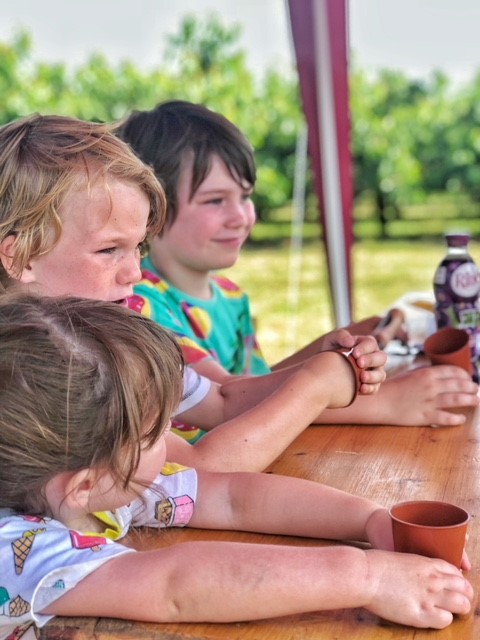 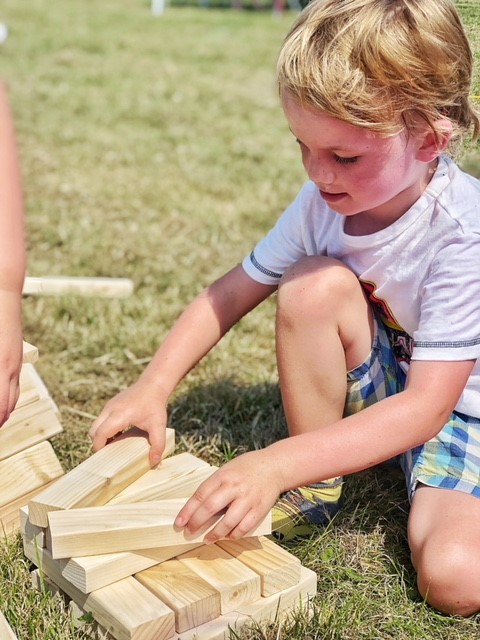 Josh explained how the machine worked to effectively shake the berries from the bush and catch them on big plates, spin them around and up the side of the machine and collect them  the wide-eyed amazement from Reuben when he was looking at this towering machine was fabulous!

Around 36 berries make it into one 500ml bottle of the British classic that is Ribena, with blackcurrants now being officially classified as a superfood! They are such a good source of vitamin C and the fact that the children enjoy the drinks makes me feel so much better about the fact that two out of the three are rubbish at eating fruits!

If you want to find out more juicy facts about British blackcurrants take a peek at The Blackcurrant Foundation’s website here.

So, I know the question you have: What did we make with our PYO Blackcurrants, well we made this:

Pop the fruit in a saucepan and add 10 floz of water, bring to the boil and simmer for around 15-20 mins until the fruit is soft and the water has started to evaporate.

Add in your sugar and boil until mixture reaches a whopping 105C on a sugar thermometer.

Obviously, I let the kids join in with this but sugar is SO hot and so dangerous so they had to steer clear at that point!

If you would like to register for a Big Berry Bash near you, you still can here. We highly recommend it!