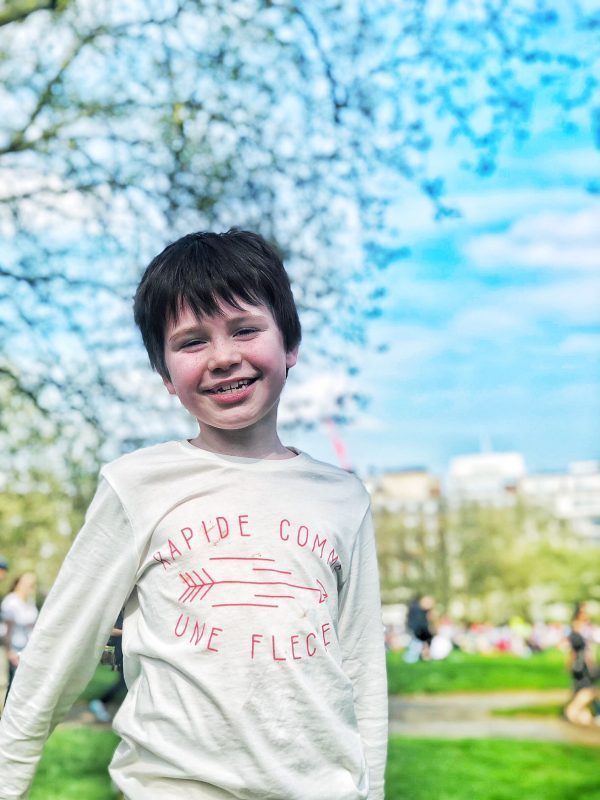 As I sit at my desk this morning my 7 year old will be in school doing his Year 2 SATs, something that he is going to spend this final week before half term slugging through with his class mates and I can’t help but feel, well, a little pissed.

Reuben is a pretty average 7 year old – to me he is remarkable but I am his mother and a tiny wee bit biased… maybe. Anyway, like I said, he’s like every other 7 year old. He’s loud and badly behaved at times, he’s cheeky and tries it on but means no real harm, he’s kind but also thoughtless and too rough on occasion and he’s into all things YouTube, gaming, transformers and minecraft. He has woes with friends at school, he has temper tantrums at bedtime and he has a love of being outdoors which is almost as intense as his love for being with his kindle his bedroom having “quiet time” as he puts it.

The last week he has been coming home and telling me that his teacher is looking after him because, well, he’s a little bit sensitive (read: dramatic) and he is feeling very nervous about his tests… and that makes me cross because, honestly, the only thing my 7 year old should be nervous about is making new pals in the playground and whether or not his pokemon tamagochi survived whilst he was at school. School have been amazing, apply absolutely no pressure and doing everything within their power to avoid the stresses that exams cause but the truth is that if you slap someone with a test, if everything becomes about preparing for the test, then you really can’t avoid that anxiety that will effect some kids. Reuben is a naturally nervous and anxious child until he gets going, then it’s like a bull has been unleashed on a china shop and he’s making up for holding back to start with – he’s always the first one to hold on to my leg, the one to have tears if something is new or changes. Like his dad, he hates change and finds it a challenge.

I honestly don’t understand why SATs are even a thing – so you want to marker how well the teacher and school is doing? As if these teachers don’t have enough on their plates, the government forces the schools into arbitrary tests to govern how good they are? I haven’t actually met a teacher yet that approves of SATs, thinks that they are a good thing for their students and anything other than a ballache for them. Yep, SATs at the end of a key stage can govern what group or stage a child moves up into, how much help they will need, or they can be a burden – why can’t a teacher be trusted to know the level of help that their students need moving forwards? What is wrong with communication between professionals who know our children far better than the results on a test sheet. I can tell you this with confidence because I’ve never actually sat a SAT in my life. During my younger years I was in private school where the system is a bit different and we had teachers for topics from a young age like they do in state secondary school, and when I was older and at state, I suffered a concussion during a sparring match whilst teaching martial arts. Guess what? I still managed to grab my GCSEs, A-levels and create a business that supports my family out of thin air – I don’t think I did too badly and no one has questioned my worth because I didn’t do SATs.

The fact that Reuben is stressed about his SATs at home and has been crying for us at break time (something he doesn’t do often anymore) shows me further proof that these tests are just so pointless. Even when he is older during the year 6 SATs I would seriously consider boycotting them if it wasn’t for the fact that a move to secondary school in the state system seems to require these tests, as if we can’t possibly have teachers making an informed decision based on a discussion about a pupil, nahh, we’ll leave it down to a TEST to determine this kiddo’s worth.

I wish my little boy would listen to me when I tell him that these tests mean nothing and not to be worried about them, I wish he would hear me when I say that no one will care in the years to come about how well he did, that these won’t make a bit of difference to him, in fact no test ever will. GCSEs, A-Levels, degrees… I know so many people with top marks in all of them and when the real world arrives, they mean fuck all to your mortgage man, fuck all to your friends and most depressingly, unless you require it for your field of choice, fuck all to your job.

I can see it in his little mush though that he doesn’t believe me and he sees this as a big thing, before he’s even old enough to actually understand how to cope with stress and what it really is, he’s feeling it and so pointlessly. We question why children are growing up so young and feeling such pressures, why suicide rates in teens are so high but isn’t the answer obvious? We’re making them grow up too young, subjecting them to stresses that they don’t need to feel and pressures that should be placed firmly on the shoulders of adults who chose the profession they are in.

What do you think of SATs?