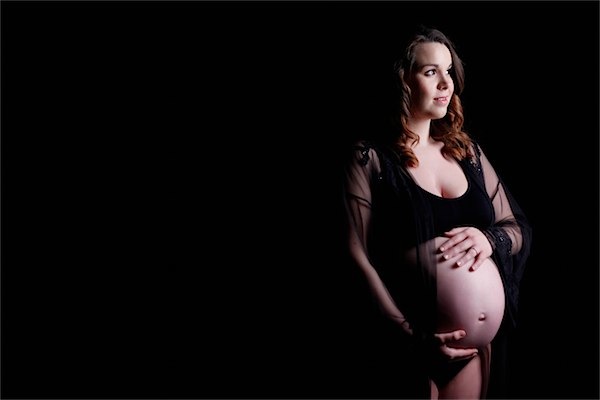 I remember when I was younger I had all these visions of getting married and eventually starting to try for a baby. It went along the lines of the TV ads that you see for ovulation tests and pregnancy tests where it was a decision that you had both made joyously together, something that you were both equally excited about and that you shared as a couple and when you saw the special blue lines that signified the beautiful journey you were about to go on, you would both be overjoyed and excited, an expression of true joy and happiness together.

That is what I had in my mind but then reality struck and my experiences have been really different, to be honest they make me sad when I think about them.

Adam was never really into the idea of starting a family, I know that he wanted children at some point but I think if I hadn’t pushed for it, we still wouldn’t have started a family 8 years on. I watch couples discussing trying for a baby or pregnancy announcements on YouTube and I genuinely can’t help but feel resentful that this wasn’t something I ever had and now probably never will have. I feel sad that it will never be me that has to think over his suggestion to add to our family or who enjoys the conversation about starting a family without feeling like Oliver “please sir, I want some more…”. Whenever I announced to Adam that I wanted to try for a baby I can only liken it to pulling teeth. The constant “HA, no thanks!” until I felt like I had worn him down and would get a reluctant “ohhh go on then.” Never once was there some deep and meaningful moment where we would look into each other’s eyes and announce that it was something that we would love to do together as a team and that we were equally excited about. I was really the only one putting any thought into it and I would love to agree with people who think it was fear or anxiety on Adam’s part but it wasn’t, it was just a blatant lack of interest as far as I felt.

Nothing really improved when we finally found out I was pregnant, there was usually a bit of a groan, a half smile and a weakly filtered yay that suggested there was anything other than a yay feeling going on deep inside. More of a “oh for fucks sake, here we go I will have to give up more football/cricket/my sitting on the toilet time.” kinda vibe. Every doctor’s appointment felt like it was a bit anticlimactic, there was less enthusiasm during the gender scan than there was on a Saturday afternoon at kick off, no moments of looking forward and sweet conversations about how excited he was to hold the baby for the first time, kicks were “weird” or “ohhh… urghhh… it’s a bit like alien”. There was no talking to the baby, no stroking my bump and when labour arrived, despite being super supportive and helpful-ish (he played stick cricket whilst Reuben was being born and went over speed bumps when I was 8cm dilated with Edith…), he wasn’t so much excited about the birth as he was about wrapping the whole thing up and getting to hold his new baby, be the wonderful daddy that he is and watch her grow.

Once the baby arrived he was always an adoring father, he told me I had made him so happy, the usual comments that were movie worthy and made me super happy – but that was about the first time I felt he was genuinely pleased that I was pregnant and we had had another baby. Once out of the baby stage I have to question if he ever really was happy at all, he hears babies crying and tells me that the sound is the worst sound imaginable and a sound that makes his skin crawl and inspires the flight response deep inside him. So is that how he felt every night at 9pm when the baby would start to cry? Was the flight response a constant thing he had to resist? That makes me feel so sad.

I think when you are maternal and have always had an (unrealistic) idea in your head that you will fall deeply in love with someone who is a doting husband and excitable father to be, who wants to be involved in every second – think Ross/Rachel style, but without that awkward relationship drama – and who wants to feel the baby kick, wants to hold your hand every step of the way and then you realise that the man you do love, the man you have chosen isn’t that man at all, it’s a pretty hard pill to swallow. Adam is everything I could ever have wanted in a dad for my children, he is the dad I wish I had been fortunate enough to have. I often think that if we reverse the situations I am not what he imagined his wife would be like either when it comes to pregnancy – I’m moody (moodier than usual which is pretty impressive), I’m paranoid and accusatory and I’m constantly tired. I’m no walk in the park and frankly I doubt any sound human would be excited about spending a tonne of time with me, but about a baby on the way? I kind of assumed that was everyone’s “thing”. I’m not alone and this isn’t a dig at Adam in anyway, after speaking to a lot of my friend’s very few of them have that movie style husband/partner who is both over excited and wholly dedicated to every aspect of pregnancy… and in fact those that did were almost fed up of the endless “should you be lifting that?” and were reduced to feeling like a bit of an incubator for their husband. Is it a no win situation? A grass is greener scenario?

You build your ideas around an expectation that is sold through the media and the baby books – you see excited and doting or dead beat and ditching, rarely do you see ambivalent, and yet that is how I felt, like it just wasn’t really something that interested Adam. It feels like a pretty heavy blow when that isn’t how it transpires. I would have given almost anything to feel like I had a doting partner who I didn’t have to nag to want another child, who would turn to me and say “let’s try for a baby!” or who would hold my hand during the pregnancy test and be as overwhelmed with emotion as me when those blue lines came up. Someone who was enthusiastic and didn’t act like this was my “thing” instead of ours.

Whilst I say I would have given almost anything, I clearly wouldn’t give my marriage or the luxury that is watching my husband’s relationship with his children and I wouldn’t exchange them even now, but I can’t help feeling like I have missed out somewhat and when I see excited expectant fathers it bothers me, even if it’s only on TV.