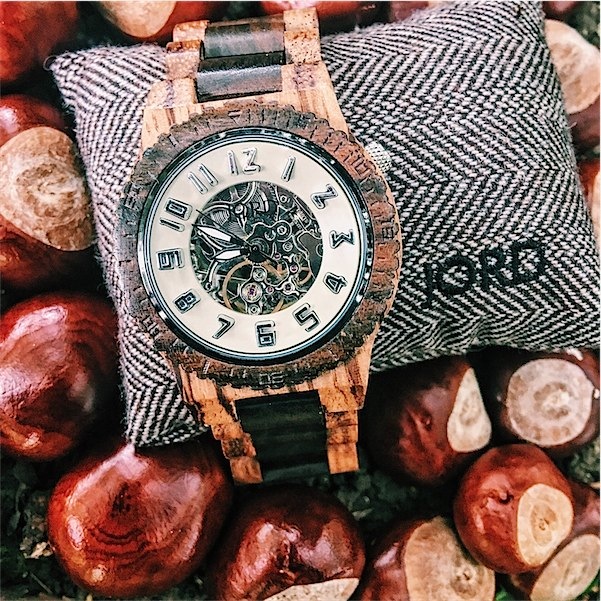 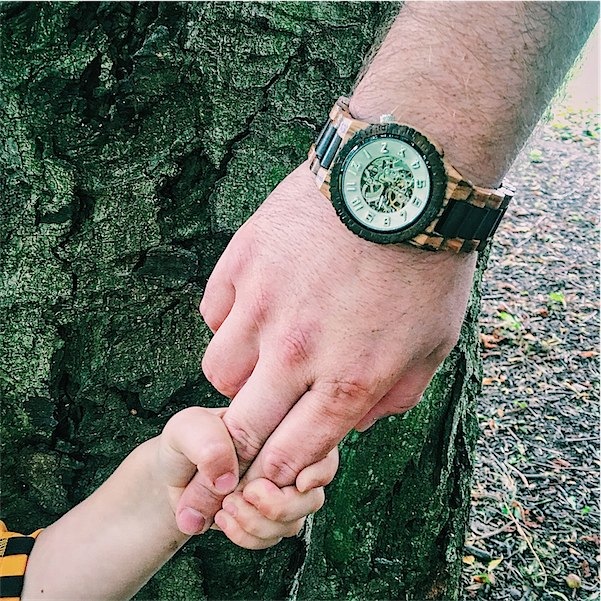 Time keeping has never really been a strong suit of mine, unless it comes to the kids and then I make a concerted effort to be on time, forcing myself to leave the house earlier than I would normally think I needed too – meaning I actually arrive just in the nick of time! My husband is the same, Adam’s time keeping is appalling – we’re just those obnoxious friend’s who are late to everything, everyone knows it and somehow lets us off.

I really have no excuse as I have a smart phone permanently fixed to my hands and I have my watch that my mum bought me when I was 21, however Adam has never had a decent watch. He isn’t really a fan of anything around his wrists, especially if it’s big and heavy which most men’s watches are, so finding a watch for him has always been a bit of an impossibility… until now. 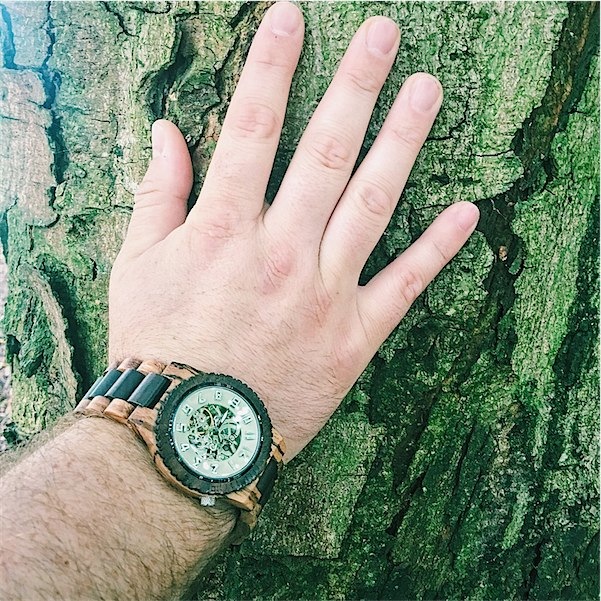 Jord wooden watches very kindly offered to send us a watch for Adam to try out and (as he loves to remind me on a frequent basis) I very rarely get offered anything for Adam via the blog – he’s never found himself in need of a new mascara and those pretty dresses are a touch small for him so, alas, he is left out. 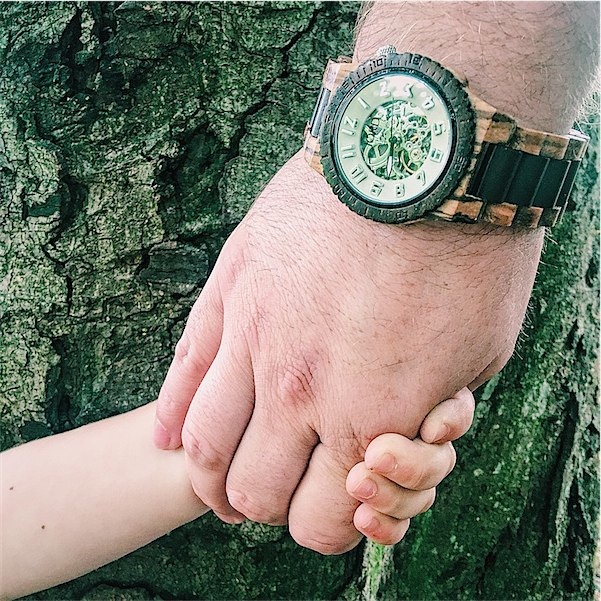 I chose to order a zebra wood and dark sandal wood watch for him as a surprise – partly because I loved the colour of the wood, so elegant and chic, but also because of the intricate detailing behind the clock face. Adam is somewhat of a puzzle lover and the ultimate puzzle is a clock. The way is works, the cogs, the way the pieces fit together to tick. Fortunately my wifey intuition was correct and Adam was delighted with his new watch. It’s unlike any watch we’ve ever looked at before, not just because of the styling but also because of the weight. The watch is so light you could almost forget you were wearing it, yet just as sturdy as any metal watch. 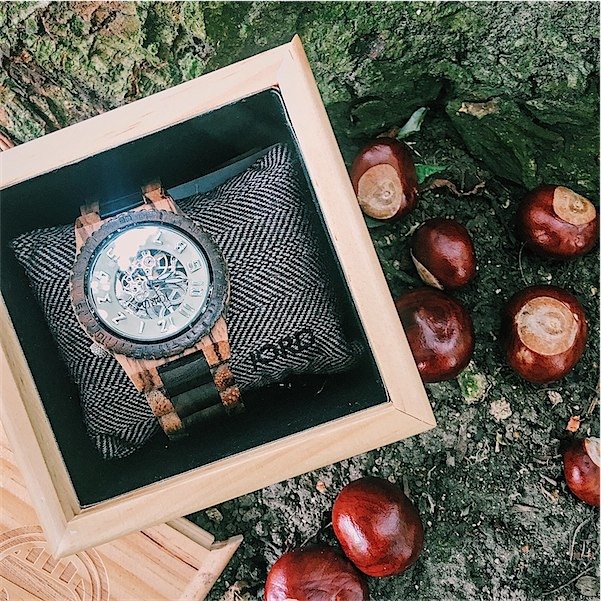 I would say that I’m hoping Adam will be more efficient with his time keeping now but we would both know that this would be a long shot, perhaps even an atlantic style leap

Luckily for you (as it’s nearly Christmas an all!) I am offering my readers the opportunity to win a $75 gift e-voucher for JORD watches (both women’s and men’s watches), but in addition to that every entrant in the competition will receive a $20 e-voucher so there is a little something for you all.

You can enter the competition here:

WIN a $75 e-voucher for a JORD wooden watch

*In collaboration with JORD.