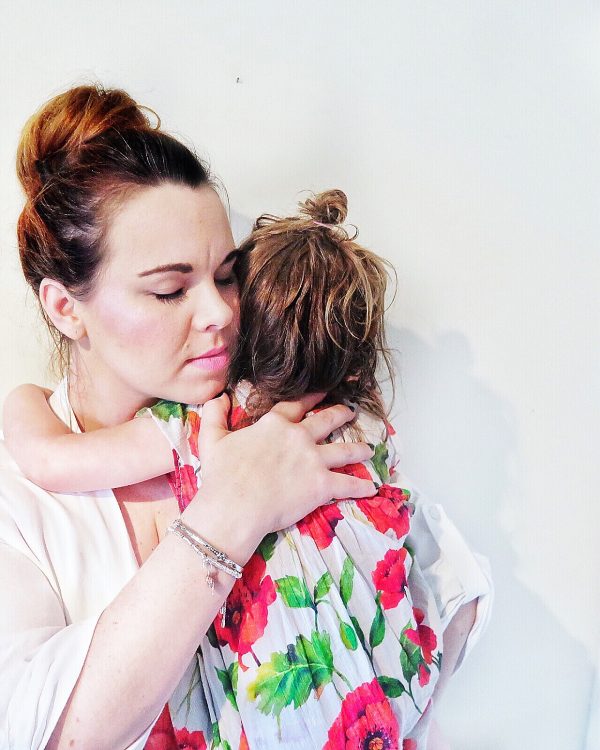 I have been thinking about this for a while, and I can say with confidence that I have come up with the ULTIMATE guide to avoiding mum guilt:

No really, I have tried everything;

Yeah, none of that feckin worked so I’ve decided that the only way to avoid that “mum guilt” is to stay celibate, become a nun and marry god but get yourself on the pill JUST IN CASE that fucker tries any miraculous conception shit on you like he did Mary.

Other than that I genuinely think you’re screwed. I’m sat on a train (which I paid £50 extra for so that I could arrive in London an hour earlier than I planned), heading to an event that I have contractually agreed to attend and really want to go to, whilst Daddy is at home with Edith who has one of the worst cases of chicken pox I’ve seen in a while. I feel like the shittest mama on the planet, despite being sent videos of her jumping on daddy’s back and hitting him with NumNom soft toys in what can only be described as the most joyful abusing of the century. Despite knowing that she is fine during the day and it’s really only bedtime that she is struggling with – but so long as she has Super Monsters on Netflix for in the bathtub and Disney movies on the TV, she will be happy as Larry. (Side note, who the fuck is Larry? Why is he always happy?)  The girl is FINE, she’s probably having a better time with her daddy because I’m *not* there and giving her an outlet to be mean to him whilst clingy to someone who is trying (and failing) to get shit done. Best of all I have set myself the task of getting to London – which takes 2hours, so not that bad in case you were wondering – to the event and home all before 5pm because I know that she gets clingier as the day goes on.

My husband is the most amazing daddy, he idolises his children and has left work to be with them so that I can do this kind of thing, yet I still feel like I should be there for her. Maybe its self flagellation and I just need to find a way to get over myself?

So yes, in short, I think the only way to avoid having mum guilt is to avoid offspring.