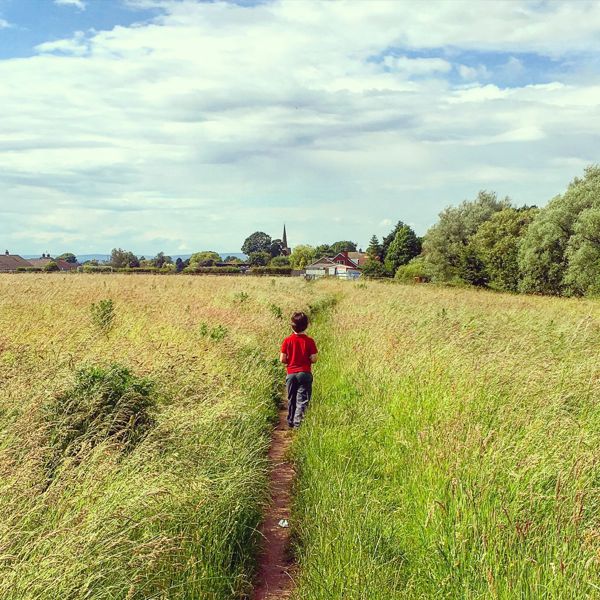 Sigh. Firstly, I’m sorry – I know you’re fed up to the back teeth about hearing about Brexit and the EU. I know you’re sick and tired of hearing people moaning about the EU referendum, supporting leave, supporting remain. I know. Still, here I am to write about it once more and fill your news feeds with my thoughts and feelings on BREXIT and the EU referendum results.

“This isn’t a politics blog” I hear you cry, “it’s about parenting!” – and it is, you’re so right. I’m not really qualified to talk about politics, though I do make it my business to try and follow bits and bobs. What I am qualified to talk about is parenting, specifically when it relates to my children, the same as every parent in the country. As a parent this is a topic I feel gut wrenchingly passionate about.

The truth is, I feel very uneasy and worried about the future of this country. My country. My children’s country.  What does the EU referendum tell us, if not that we have become a nation filled with the same intolerance that we claim to despise and rise up against?

Don’t get me wrong, I can see many reasons why the EU is not something we want to stay in; our laws approved and dictated by people we didn’t vote for, lack of diverse immigration from the non-EU residents such as our Commonwealth and an overwhelming financial burden for our country to substantiate. Geez, I get those reasons, but do you realise these are not the reasons the “leave” campaign won? Having watched a lot of the debates and taken an interest in this particular subject, I have seen very little but blatant scaremongering over the NHS and the big push towards anti-immigration, xenophobic hatred that seems to have dominated our media. If you speak to the majority of people, all they know is that we are “taking our country back!” Or “better off out because the EU is ruining our NHS” and please don’t get me wrong, I’m not suggesting this is everyone’s reasoning – nor do I think that anyone should be asked to explain their reasoning, but if you are going to offer your opinion (as I have here) then you have to have a rational explanation for why you have done something that, less than a week on, has had huge impact on our country.

I can imagine the leave supporters shouting at their screens right now to inform me that this referendum has not, in truth, had an impact yet – and won’t for at least 2-3 years, but if we’re honest, that just isn’t true. The impact is happening right now, not just with the economic state – which is already recovering from the initial shock, though we are still in danger of heading for another recession – but with the everyday person’s jobs and livelihood. Less than 24 hours after the announcement I lost count of the amount of mums posting in parenting groups that their partner’s or their own jobs were on the line already. One woman had already had a call from her husband to say that an emergency meeting had been issued to talk to his department, which was already in a precarious position, to say that they were to expect “potential difficulties” as their EU customers were discussing moves to German counterparts. I lost count of the posts filled with dread over Nigel Farage’s comments about the NHS suddenly not getting that promised £350million, and that it should be “privatised within 10 years”.

More so than that, whether you felt you were voting in or out, I feel like the EU referendum has changed this country irrevocably. As we have voted out, remain campaigners have started the blame game – it’s the oldies, it’s the racists, it’s the morons. Ok, a significant portion of the blame lies at the feet of racism and a terribly Americanised xenophobic attitude, but what about those who voted leave because of the reasons I mentioned above -they are pretty valid reasons to vote out. These people aren’t racist, stupid or xenophobic – rather, like all of us, they want a better future for their children and have voted for what they think is right. I saw a Facebook friend post a meme about the age to vote ratios that had the life expectancy of each group of voters with the statement “thanks for ruining the country for those who have to live here the longest”. I had to switch off at that point because… Really? Firstly what the hell makes a 20-something student think her vote is worth more than a 60-something former teacher or vet? What is the difference between that and the “youngun’s don’t know what their saying” comments? Nothing, and it’s insulting. What is also insulting is the presumption that you will automatically outlive someone because of age – only last week a young woman named Jo Cox was murdered at work because of her beliefs that relate strongly to this campaign. Nothing is assumed anymore. How dare she? Then there was the inevitable “racist” comments, “thick” comments – something in my own haste I made too, playing right into the hatred myself. Only when I took a step back and looked at my own disappointment and worries, did I realise that actually, I was contributing to the hatred with my comments about how Yorkshire people had just proved themselves to live up to their “thick in t’head” motto. How was this helpful? How did it make people feel?

By contrast, had the vote swung the other way, who knows what would have happened? There has already been a stabbing/shooting fuelled by right wing hatred – who is to say their wouldn’t be more? Is there any pride to be found in the fact that we, the Brits, have become the world’s poster child for hatred and intolerance? The French nationalist party leader has hailed us as pioneers in the devolution of Europe and has expressed a desire to follow suit, while Donald Trump, the very same man who has claimed a communist style control of the Internet is required to “stop the muslims” (ahem, fucktard), has used our country as an example of where he would like to take America.

Whether you voted in or out, you can’t deny that our future is going to be different, I personally believe it will be different in a truly dreadful way, but I have no magic ball to say one way or the other. The only thing that is certain at the moment is that the UK is suffering a political unrest that is both unpredictable and worrying to those who hold the future generations in their hearts and hands.

What are your thoughts? Feel free to disagree entirely – if you are pro-brexit, please feel welcome to comment without being belittled or attacked.