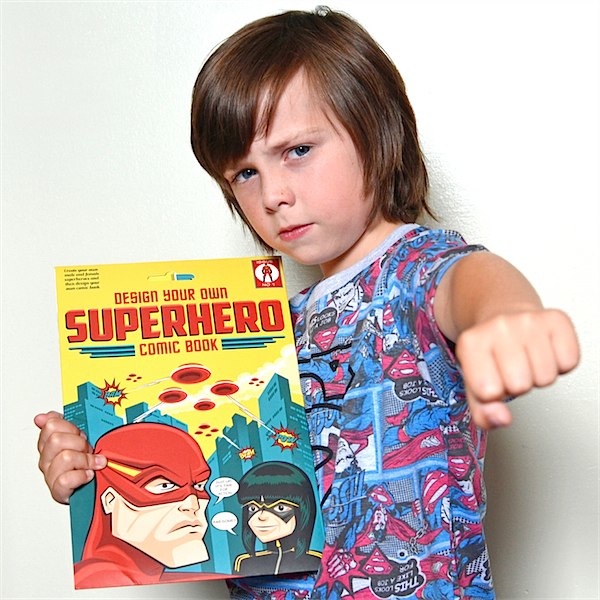 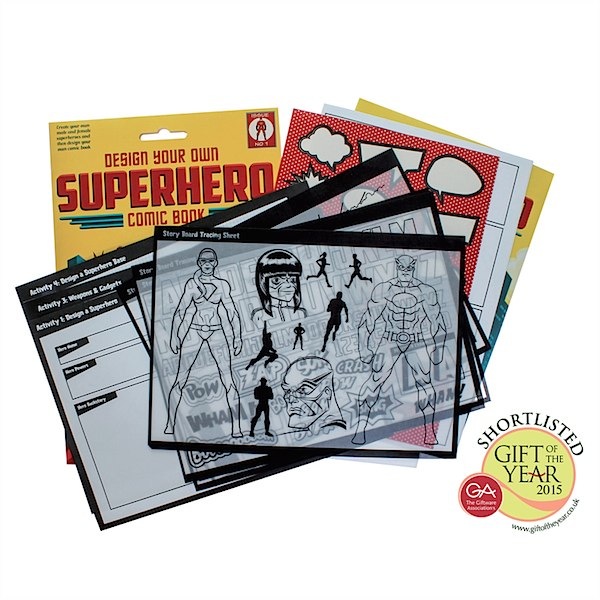 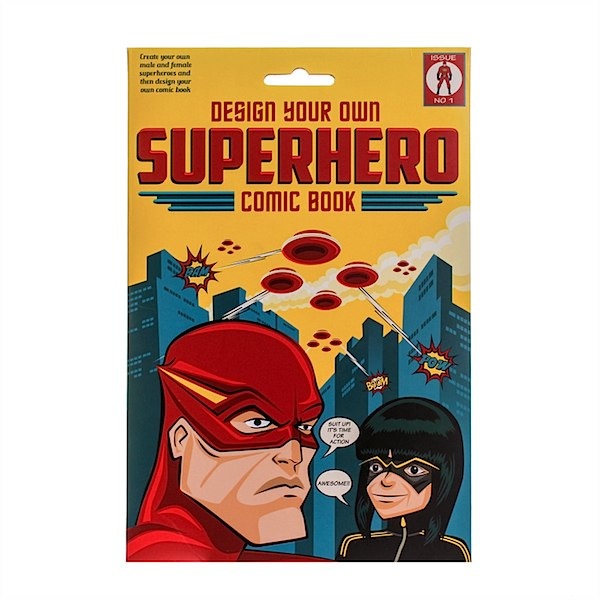 Reuben is OBSESSED with Superheros at the moment, and of course, that means Toby is obsessed too, like any good little brother. Roo has always loved heroes and villains, he had a thing for the diesels in Thomas the Tank, loved Fireman Sam and eventually decided that he loves Transformers and Superheros. It’s no surprise really, Superheros are so in vogue at the moment, like most things, once it’s fashionable and one child likes it then they all start to.

A few weeks back we won’t to a Comi-con in York, it was the first time it had been done locally and the first time we had had a reason to be interested… Ok, it was the first time I had a reason to be interested, the geeky child that still lives inside my husband’s heart has always wanted to go to a comi-con. I digress. We had an absolute blast looking at all the vintage costumes and the wonderful fancy dress that some people had come in, honestly it was super and even if it’s not totally your thing you would probably have a great day (they sell vintage and foreign sweets and chocolates. If you go for nothing else, go for that!) Roo was completely in his element, he adores vintage toys and, of course, being surrounded by Superheros and villains was like a dream come true. One thing I was surprised to see pique his interest was a man drawing comics. The guy was sat down, selling his freshly drawn comics or offering to draw commissions for anyone who had an idea or a favourite character. Roo immediately jumped forward and told the guy he liked Deadpool (cringe, possible the most gruesome, inappropriate anti-hero for a four year old – I blame the hubs). He was captivated to watch the way the man used his pencils to shade and highlight, and I was so grateful to see the time and care the man took to talk to him and really engage him in what was going on.

I had a little look around and found this lovely Design your own Superhero Comic kit from Clockwork Soldier, which I think is perfect for any superhero fan, especially if they have an illustrators heart – you never know whether you are encouraging the next Steve Ditko (read Spider-Man illustrator, for those not in the know, or too lazy to ok Google).