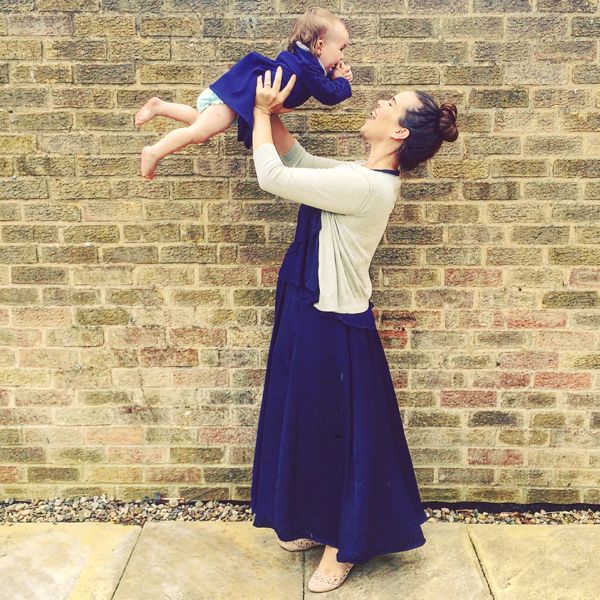 There is still a huge stigma around talking about periods isn’t there? I mean, no one wants to talk about them, especially not to males…

Unless you need to pee when you’re on your period and you have two young males who see your bathroom breaks as an opportunity to discuss important things like how Percy pulls the Mail on time or why James is so vain. Choo, fucking choo.

Which is pretty much what happens to me, every damn month. So, not one to be ashamed of my body or shy away from an opportunity to talk to the boys about bodily functions, I got it in my head that these sudden questions wouldn’t be a bad thing. I normally use tampons but recently I’ve been using pads and bleeding quite heavily after having a D&C, so when I sat on the loo and my posse decided to join me, I was immediately presented with Toby: “Ugghhhhhh why you got blood”, at which point Reuben, with his head bobbing like an owl to see more, shouted, “Mummy, your bleeding!!! Why?! Are you going to die?!” Que a small chuckle from Adam in the bedroom.

“Well boys, when you’re older… And you have a uterus… You bleed sometimes from your vagina every month.”

This was ok right? I mean, it made sense and it was the truth so there, parenting win.

If you have kids, you know what’s coming. It’s always comes.

“Well sweetheart, it’s a part of having babies. When you have a bleed, which is called a period, you lose the lining of your uterus and it ‘resets’ ready for if you are having a baby”… Now I have to say, I was pretty chuffed with myself at this point. It is the truth, we used some big words and we got a touch of science in the goal as well. I was smugly high-fiving myself and accepting the award I receive every time I make a parent win (it’s chocolate based). What I expected was blank expressions and a quick change of pace, perhaps a swift move onto whatever toy request they had next… They like to bust those out during uncomfortable discussions in the hope that they will be given something under duress. It usually works.

What I was met with was a big grin from Reuben and a shriek of absolute excitement, “Are you having another baby?? Oh mummy! Daddy, mummy’s getting us another baby!!”

Well boy, your timing is impeccable. Toby, on the other hand, made me feel better by promptly looking totally mortified at the prospect of yet another small being entering our home and usurping him as the “baby”. I quickly explained to both of them that it meant quite the opposite in fact, ladies don’t bleed (often) when they are pregnant, but that the bleeding allows our bodies to have a spring clean and get ready in case we do want to have a baby”. I also dropped into this little explanation that it can be really painful and uncomfortable for women, and it can make them feel sad or angry.

Fortuitously for me, both boys seemed to lose interest in the conversation after that, but it did leave me wondering if 1.) they would bring it up again at the worst possible moment (which they did), or 2.) Explain to their teachers, grandparents and everyone they know that mummy has blood and has perrioddddds.

Also, as someone who is very open and unashamed of bodily functions, I was surprised to find that I was, in fact, a touch embarrassed especially when Roo came back to the loo the next morning and asked to “have a look at the blood”. I don’t want to raise the boys to think that periods are something to be embarrassed about, that they are something that they can’t talk to their partner (or friends) about when they are older. Adam is very good at going and getting tampons for me and never embarrassed, he’s changed a lot since Edith arrived and is now there for a cuddle or to get me a hot water bottle if I’m suffering with cramps. When we were younger he would often say “urgh I don’t really want to hear it” and it would upset me.

I want to raise boys who are kind and compassionate when their friends or family are struggling with periods, I want them to understand the whole process and not be assholes who think it’s something gross or something that they don’t need to know about.

So, talking to our sons about periods… Do you cringe or just get on with it? Any tips?