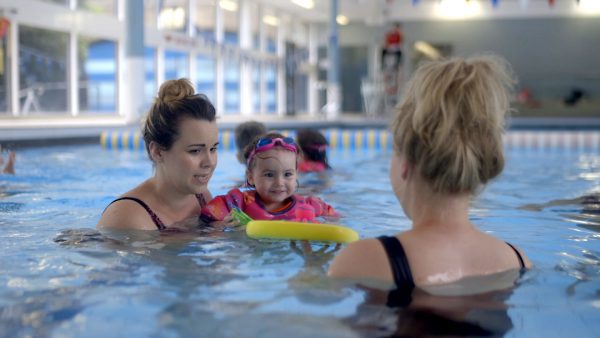 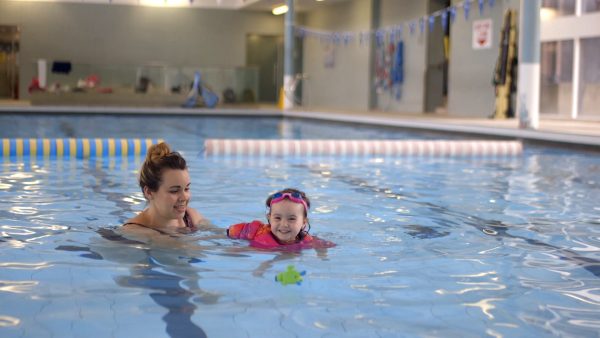 I mentioned on my Instagram right at the beginning of the summer holidays that we had been to a pool party. It’s one of those things that every parent dreads. Especially when you have a larger family as, unless you have another willing victim who wants to strip off and be splashed by a bunch of kids and mum’s they have to see at the school gates, then you can’t take all your kids in the pool.

Fortunately for me, I can drag my mum along AND I don’t have to worry as much about my toddler, who admittedly hasn’t had as much swim training as the boys (a huge regret on our part) thanks to Zoggs. I’ll say right off the bat that I have never liked swimming aids like armbands and the such. The boys have never worn them, they have used woggles and been swimming with baby swimming classes since they were only weeks old, but we just haven’t had the same time to dedicate to Edie as we did to them. Swim classes became really tough to go to, with 2 boys wanting to play or do other things on a weekend and Edith not wanting to leave them to be in the pool… we gave up. 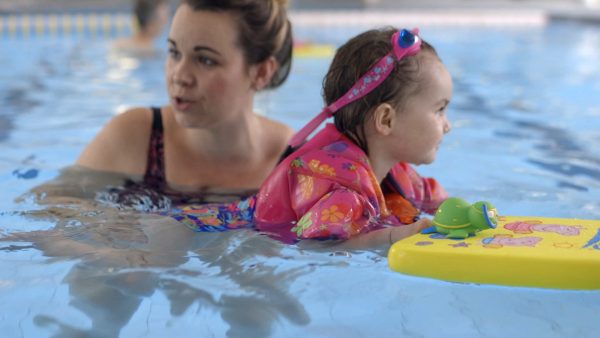 Now, we have a very water confident two year old who wants to follow her brothers and be just as confident as them… but who doesn’t have the same swimming abilities and can’t swim as confidently. You can imagine this is a huge cause for concern! More than this, Toby is such a lazy child and prone to panicking that he acts more like a toddler himself. He loves going under the water, loves to swim but “water confident” isn’t a phrase I would use for him. He’s frightened me a few times because he just doesn’t kick his legs like he used to, doesn’t pull himself through the water and then the panic sets in… he is the child I feel like I need to dedicate myself to the most in the pool and yet a 2 year old who is, if anything, over confident also needs those eyes that I can’t seem to find in the back of my head. 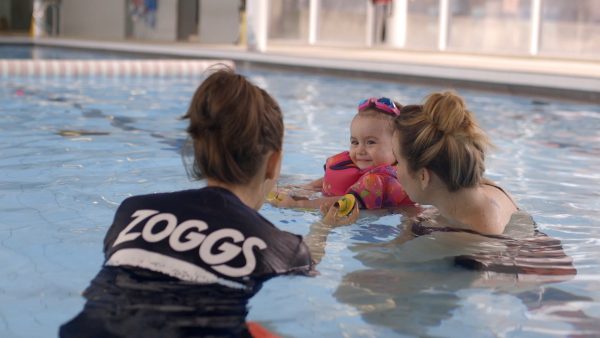 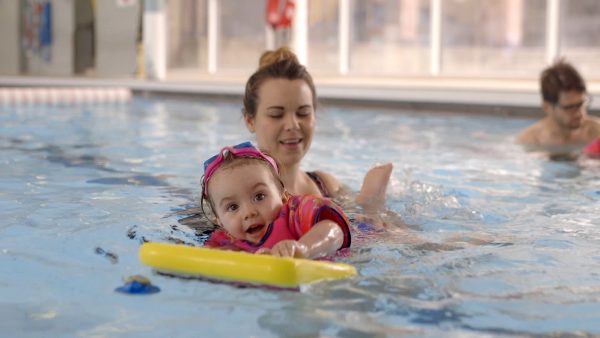 We were invited to go to Zoggs swim class and try out their new water wings when the boys were away for the weekend – just Edith and I, we were so excited and she loved every second of being in the water and seeing my gorgeous friend Laura from Life with baby kicks and her boys. I was skeptical about the water wings, as I said, I’ve never liked swimming aids. Unlike most things, the Zoggs Water wings fits like a t-shirt, zips up at the back and allows Edith full range movement thanks to the panelled arms. She can still pull her arms back and forth, still turn around and this even allows her to lie flat on her back and front. The idea is that the water wings encourage natural swimming motions, so the child can move about in the water in exactly the same way that they would without an aid, helping them build their core muscles and train themselves to swim properly, not reliant on aids.

When we first went swimming with Edith, without the experts from the Zoggs team with us, the difference in her abilities was massive. Firstly, we could let go of her hands and encourage her to swim towards us, chase fishes and play in the water. We could encourage her to balance on her back, reach in the water and kick her legs, all freely. The second time, we took a trip to Alpamare in Scarborough and Edith insisted on taking her Water Wings off after an hour or so to copy her brothers – but even then, the difference was huge. The concept that the wings would mirror natural swimming motions and make it easier for her to swim without the aid seems to have really worked for her. Yes, without it she dips under the water, but because she is so confident, she doesn’t struggle with that at all – but she will still kick her legs, keep her bottom down and her head up. It’s so impressive!

In short, as a mama that has never liked aids and has always been an advocate for learning to swim from an early age, I am obsessed with these and I really can’t recommend them enough – in fact, before our holiday in October, I think I will be getting one for Toby too!