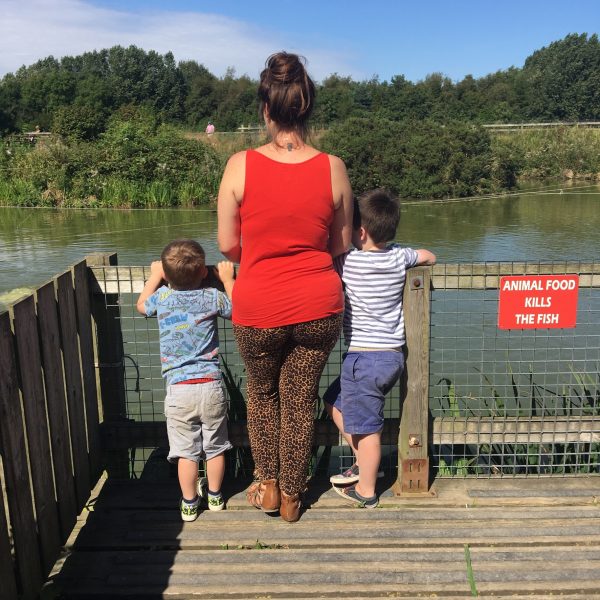 I’ve been trying to articulate this post for a while now but I think being in the thick of diet season has really booted me into action. Let’s talk about body positivity, body confidence and diets.

Ever since the age of nine I have been a dieter. Yes, nine. When I was younger I was such a large child and honestly, I was really overweight, really unhealthy and very unhappy. It’s taken me a long time to look at myself and say, “you know what? You’re never going to be happy with every little bit. You have two choices. Love it, change your way of thinking or stay unhappy.” Now if you read a lot of body positivity posts, this is probably the point at which I tell you I chose to love myself and shun diet culture altogether. Well, no. Sorry, but that isn’t this post. Here’s what has happened instead.

I do not like my current weight or body, I don’t feel mentally or physically healthy BUT I do love it. I love the fact that my body has grown three beautiful, healthy babies (and yes single handedly, fertilisation is NOT akin to growing, this bod did that solo) breast fed two and it has kept me alive for nearly thirty years. Does that mean I can’t change it or indeed want to change it? No.

See what has been misinterpreted as body positivity lately is diet or weight loss shaming. Here’s the problem: we, as a society, don’t seem able to praise without pulling something else down. Example, “I think fat girls are beautiful, so much better than skinny.” WRONG. Example 2, “I love that you are so proud of your body, I can’t stand these gym bunny vegan freaks.” WRONG. Example 3, “I love that you have saved yourself, who wants a slag?” WRONG WRONG WRONG. All of the above are prime examples of what we do as a society. We put down when we try to build up and we SUCK at acceptance.

If you are overweight, you feel happy in your body and you just damn well like cake better than kale; you don’t have a desire to change yourself then THAT is body positivity. If you then go on to tell me that I shouldn’t want to change my body, because I don’t feel healthy and I don’t feel as fit as I did when I was more active and weighed less? That’s just as negative as me telling you to lose weight.

Body positivity has become somewhat of a shaming tool for some and that is NOT what it is. Every body is beautiful. Every body is different. The curves, the bumps, the lumps, the marks and patterns on skin, Jesus, we’re a fucking work of ART people. That doesn’t mean that we can’t appreciate that our bodies are amazing things whilst striving to change aspects of their outward appearance and hoping to feel healthier, which for the record will come to different people at different sizes. I felt my healthiest between my second and third pregnancies, I was the thinnest I have been in adulthood at a size 10/12 in clothing and 10.3st. I was happy, I felt beautiful. It didn’t matter to me that I didn’t look like a movie star, I FELT like I had reached a weight that worked for ME, that made me feel happy and healthy. If I gained a bit after a weekend away, I wasn’t worried, it didn’t matter. I wasn’t worried about my breasts which I’ve always joked resemble dachshund’s ears – I didn’t care that they were still empty socks, didn’t care that I had to wear the equivalent of body binding just to keep them vaguely upright and comfortable. I didn’t care about my legs, that have always been short and “just like your dads” according to my mum. All these things that I had previously disliked about my body, they were irrelevant to me, they weren’t an issue because I found my happy place.

Now I’m not in that happy place. My body is no less amazing but I want to change it, not through crash dieting but through acknowledgement of what I eat and trying to pump more veggies and vitamins into myself. If I want a cupcake, I will ask myself “do you really want the cupcake or are you just after something for no reason?” If the answer is yes, I fancy a cupcake then guess what? Imma’ eat the cupcake because I can tell you for a fact Kate Moss there are things that taste as good as thin feels and they invariably have frosting on. No shits given, no guilt felt. If I look a bit deeper and I’m not fussed about the cupcake, would rather have just a cuppa? I don’t have one.

My point is the only person whose body you should be running commentary on is yourself, and then that commentary should be kind, reflective and respectful. Do you want to lose weight or change your figure because you feel you HAVE to or because you felt healthier at a different time or you would like to? Are you doing it for you or for society? These are the questions we need to be asking – that is what the real body positive movement is about. Being positive about ALL bodies – big, small, bumpy, flat, toned, wobbly… not dishing out hate to gym bunnies or telling people they shouldn’t want to lose weight/gain weight/change their bodies if they are doing it for themselves because guess what? We all deserve to find our own body positivity, our own healthy zone where we’re feeling truly wonderful both physically and mentally. Some of us will find that at a size 4, some a size 14 and some a size 24… and every one of us will shine just as brightly as the next.

Body positivity is supposed to be about ditching the pressure to become the airbrushed perfection of Hollywood that doesn’t exist, so can we please stop using it as an excuse to shame?