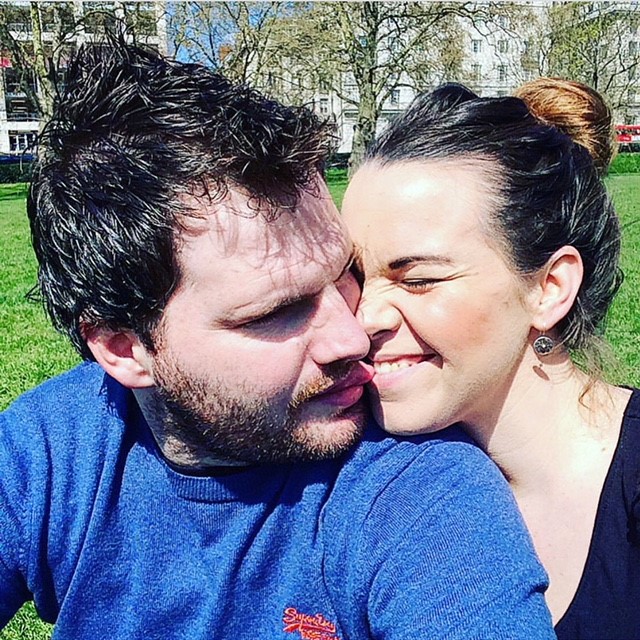 “If you wake the baby I swear to god you go to her. And try not to bang the headboard, I was happy to just quietly read my book.”

What a preframe eh?

In case you were in any doubt, that’s me to my dearly beloved husband a few weeks ago, when I decided that that I wasn’t really feeling “in the mood” for the umpteenth time in a row, mainly because I knew it was only a few hours until Edith would be up and screaming for her boobies.

As parents I think you slowly slide into that slump where being in lurrrrve and being a *couple* becomes secondary to being parents. Sure, you still love each other dearly but the goodbye kiss in the morning is pretty much the foreplay to a quickie in the evening just before you both drop off into an exhausted slump. On the rare occasion that you do get “couple time” it’s so precious, yet you often spend it doing chores or getting something important organised.

So where does that leave you? As the people you were before you bumped uglies and grew a sprog? Where does it leave the two that became one according to the Spice Girls?

In need of some serious couple time, that’s where.

I’m a big believer in making time to be a couple, and whether you go about it with a slug of antihistamine and an early bedtime for the kids so you can have the evening all to yourself (It shouldn’t need saying but I am joking here guys, just in case anyone thinks that’s a good plan – though a long walk and potential early bedtime with kindles is a good plan) or a mini break like we’ve just had, it is essential for the marital soul.

I find it really hard when people say that they don’t fight as a couple or disagree over things, that everything is just so smooth and easygoing – that doesn’t seem like it can be a reality when you have two different personalities slotting into each other (ba-dum). Marriage is hard work at times, and at other times it isn’t quite so much so but you do have to ride the rollercoaster and go through the peaks and troughs that life throws at you. Last weekend we went to something that we both really love – as geeky as it is. We went on a couples break to Manchester to go and watch WWE RAW and Smackdown. I know – sorry not sorry though, we had a blast. We discovered that this was something that we could do together when Adam divulged his love for his childhood passion over a pile of Nachos late on a Friday night into our relationship. I knew there was something fishy about him… anyway, when they came over to the UK I bought him tickets and we said we’d make a break of it in London, so we went to the wrestling together and we LOVED it. It’s nothing like football (which I hate with every fibre of my SOUL) but it’s just atmospheric and fun and easy going. We loved it – and so we went again last week. We stayed in a luxury hotel called Macdonald Spa Hotel which was a 5 min taxi ride from the arena and literally a stone throw away from the tram stop, so perfect for our needs and ideal for those long lie ins.

Why am I telling you this? Well, staying in Manchester was something that made me happier than I have been in a while – just reconnecting with someone who I adore the very bones of, and who adores me back. We got to be childish, lazy and have a drink together without worrying that 2 beers will leave me with a headache that I will have to nurse whilst I assess my life choices over a coffee at 4.42am with Edith shouting “I wan PEPPPPPPAAAA”. I’m also not saying that we don’t adore being with the kids – we do! Mini breaks with the kids are so good for them and us, it breaks everything up and just gives us that time to be separate from the daily grind. I often find their behavior is so much better, so much easier to manage, even when they get over excited.

Yet couple time, though it remains illusive is still so important and something I would highly encourage.