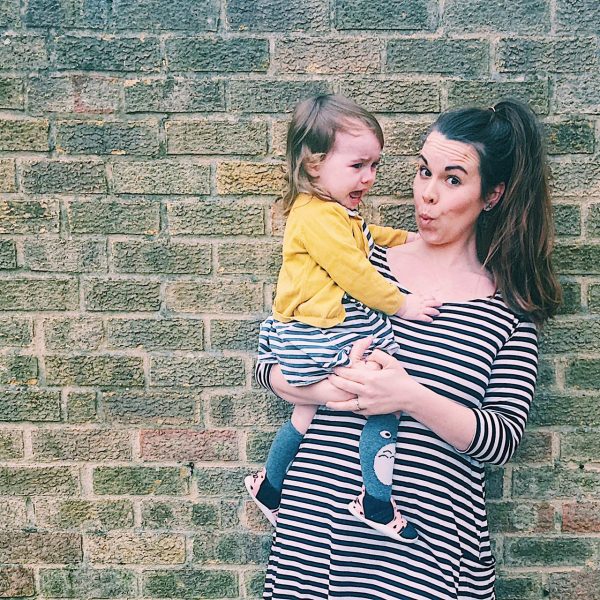 To quote my dear friend Hannah from Hi Baby Blog, I’ve been on a bit of a “down turn lately, despite never being more successful”. I don’t know if it’s because Edith’s sleep patterns have been worse and I’ve been spending an increasing amount of time in her bed – which in turn as led to a nasty crick in my neck – or perhaps it’s the spat of illness that seems to have swiped across our family like a plague of locus… whatever it is, Hannah is (as per usual) quite right.

At the moment I seem to be consumed with self doubt, the better my work life seems to be, the more I worry that I’m not up to it or that I’m not doing enough for the kids. Toby has been so poorly with gastroenteritis, and it has given him the most horrendously sore gums – it looks like we never brush his teeth. Que me in a flood of panic thinking that it’s my fault, we should have brushed his teeth, I should have been more thorough… in fairness there is a logical part of me that knows this isn’t my fault, Reuben and Toby brush their knashers together, usually while I’m putting Edith down, and Reuben (the only one not to be ill) is totally fine – so it’s clearly not that, yet here I am wondering if social services are going to be involved because I’m clearly neglectful af. On the flip, I’m off to an event today and I’ve been asked to be a VIP guest with the likes of Anna from Mother Pukka, Clemmie from Peckham Mama and Sarah from This Mama Life – yet here I am sat on the train chewing my nails to the core because, quite frankly, I’m wondering if there has been a mistake. The what fudge do they want me to come for? I blog, vaguely vlog upon occasion but my measly youtube channel hasn’t had an upload in over a year and I went viral on Facebook for being in the bath with my kids. Talented this does not scream to anyone… and yet it would appear it does.

Perhaps it’s age, perhaps it’s a part of discovering who I am now that I’m not the girl I was pre kids, something I’ve struggled with before and written about in the past. I have always been my worst enemy, rarely giving myself a break because if I don’t get on my case, who will? I think there is something to be said for the rediscovering yourself after you have had children and the self doubt that often comes hand in hand with that. I spend an inordinate amount of time second guessing myself and as Adam said last night “You do 101 things and have time for 5, don’t make life harder by keep questioning yourself and second guess what you are doing, that doubles your work and you don’t have the time.” Wise words from one your is often not so verbose.

So why am I telling you this? I’m getting to the point I promise.

I’m telling you because last week I had a message on instagram that said something along the lines of what an inspiration I was, how amazing this lady found me and how I made her feel like she was normal for struggling sometimes with motherhood. These emails aren’t unusual, in fact a lot of you reach out to me to tell me that I’ve made your life a little brighter by letting you know that you are not struggling alone, that every mother, no matter how polished or perfect she may appear behind the pixelated world of instagram or the web, goes through the same worries, the same fears and feels like she is making an epic balls up of everything. I can’t begin to express how much that means to me and how, without knowing it, you make me feel less alone too. 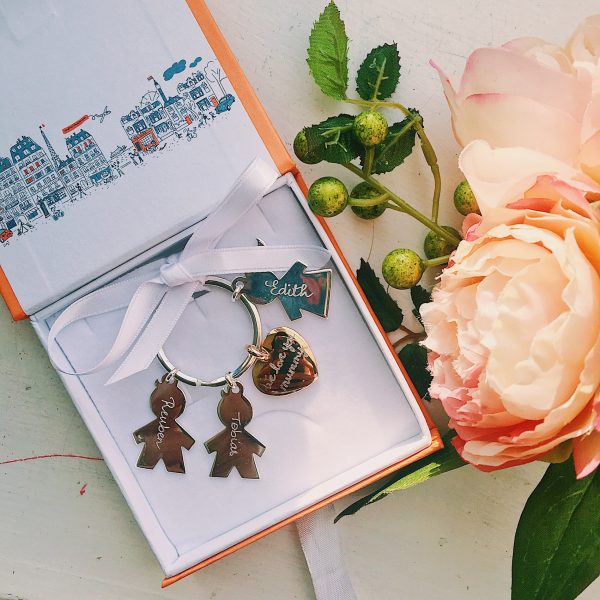 I’m telling you because if you are having a “downturn” as my darling lady Hannah puts it, you aren’t alone. You aren’t messing everything up and I urge you to get yourself something, anything, to remind you why you are here, that you rock and to make you smile. For me that something has come in the shape of a Merci Maman keyring with my children’s names engraved on it. I was approached by Not on the Highstreet to choose something to review and I asked my husband what he thought my mum would like for Mother’s Day, but he told me to treat myself, to give myself something that would mean something to me when I was having those moments of self doubt and needed a reminder of just how bloody special I am. I look at this pretty trinket, that means so much to me and I love that I have created these lives, because I know that to them I am their hero if only fora short time until they develop a crush on the coolest footballer or super model. That in turn reminds me of the messages I’ve received over the years on instagram, on the blog, on twitter, it reminds me that to someone my words might mean something and that it enough and they might know that it is normal to have these moments where you are pretty sure you can’t see the light from the dark.

That is enough to take the aforementioned downturn and make it an upturn.