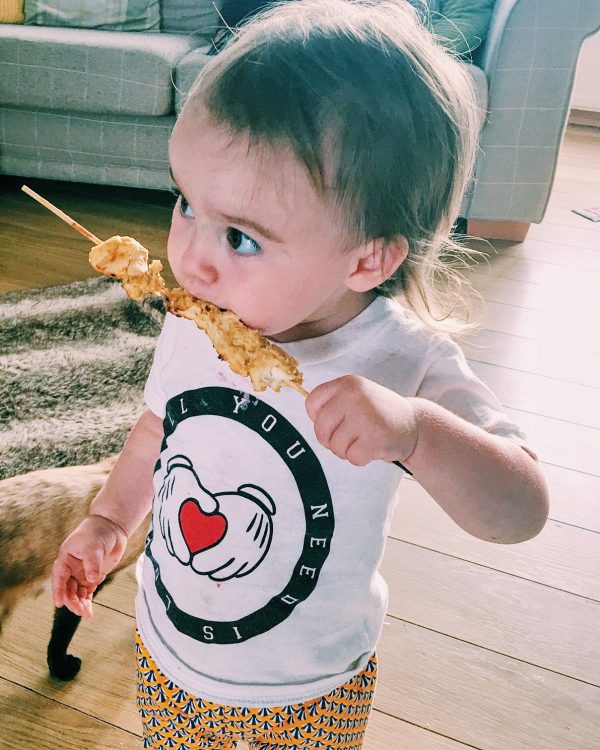 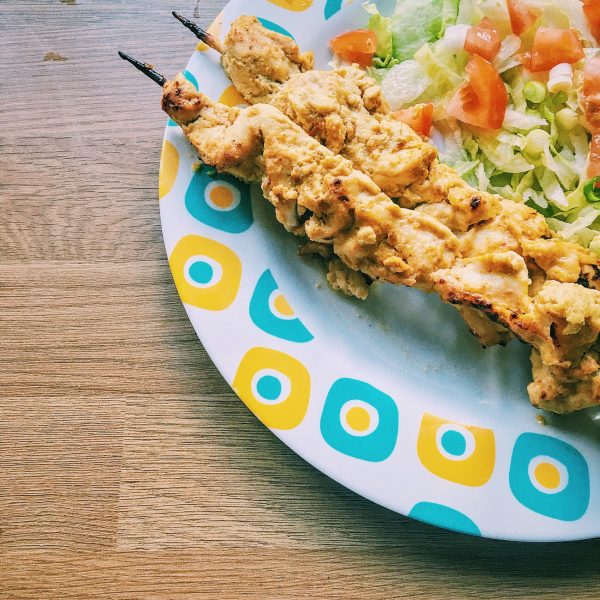 Every year we have a food festival in my home town of Malton, usually around May. Malton has carved a reputation for itself as the “food capital of Yorkshire” and to be honest that suits me fine! I love food, I love cooking and I have such a thing for trying new foods and new cuisine. It’s one of the things that I am most looking forward to about DisneyWorld in a few weeks.

Anyway, the last time Malton had a Food Festival, we had a plethora of food stalls and food vans that drove around the country sharing their fares, their diesel generators whirring, calling to me like an ice cream van to the boys. My favourite by far was the Thai food van which was selling a mixture of freshly cooked grub that was oh-so mouth-wateringly good and spice packets to bring home.

One of the things that the Thai van sold that had me coming back for more (we’re talking at least 3 times here) was their chicken satay skewers. I asked for their secret and was told it is all in the marinade!

After a little play, I’ve come up with my very own chicken satay recipe, we’ve recently had it at a friend’s bank holiday BBQ and we’ve been making it all summer – the kids love it too! 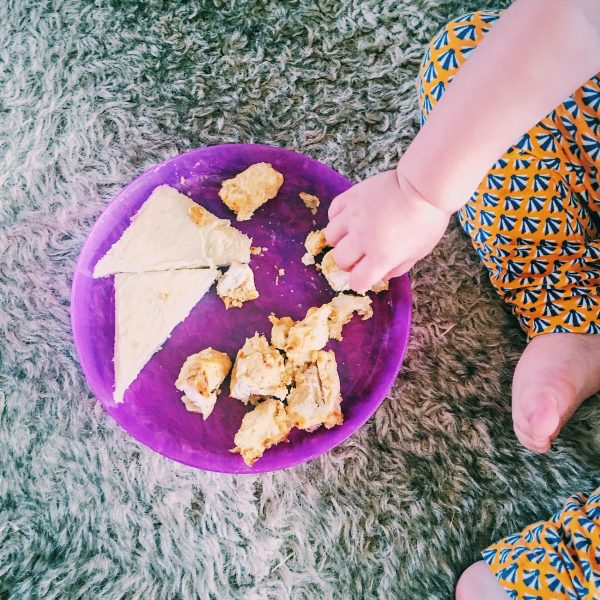 Take your chicken, encase it loosely in cling film and beat with a wooden rolling pin or meat beater until it is approximately an inch thick. Slice into long strips and set aside.

Mince the garlic and ginger, then add the lime juice, honey, curry powder, soy sauce and peanut butter and blend. Divide the mixture in half and add your chicken to one portion, cover and leave for at least 6 hours (over night is best I’ve found!).

While the chicken is marinating you can make your dip. Take the remaining peanut butter mix and a can of coconut milk, mix in a saucepan over a medium heat until thick.

Thread your chicken onto skewers. We use wooden skewers, they are super easy to use and if you wet them first they won’t catch fire on the BBQ – less washing up too. Grill or BBQ under cooked through, this really shouldn’t take more than 5-10 minutes because the chicken is so thin. 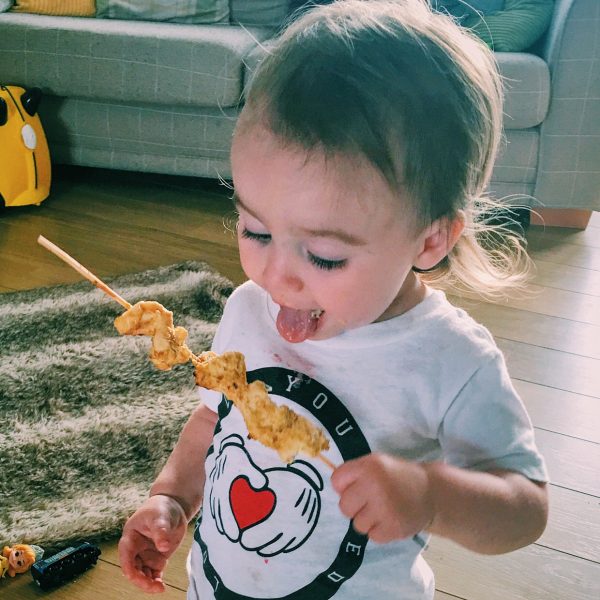 Do you have a favourite food festival recipe? Maybe a food van that you adore?