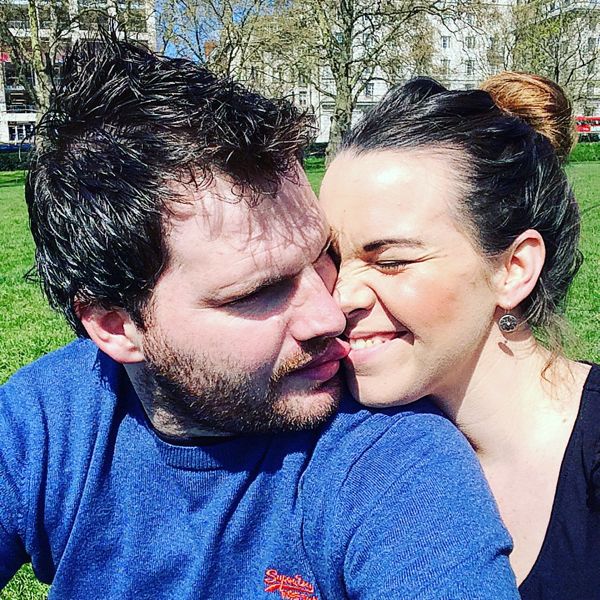 “I love you infinity X infinity”. That’s what he’s always said to me, something we’ve always shared and laughed about in our kooky way. It’s not that we’re not as close as we used to be, not by any means, but it’s just that lately we haven’t had much time for each other as adults. He has become Daddy, I have become mummy. In between that is that annoying man who wastes our much needed moola on fuckball and that woman who nags him about spending his hard earned cash but goes out to lunch and buys clothes the kids don’t need.

A couple of weeks ago we went away for the night to watch WWE RAW, it’s something that Adam has loved since he was a child and of course, as he’s never truly grown up he still loves it dearly… And I can see why. It is the only thing that we really have in common (entertainment wise) that we can both say we really enjoy. I find it indulges my inner geek and I genuinely get a kick out of watching him come alive when there is an especially awesome move or when one of his favourites comes on the mic. So, off we tootled to our little “romantic” night away, and I have to say it felt a touch odd at first, like the kids are sometimes the lynch-pin that holds us together. Then we got talking. And laughing. And then howling with laughter.

The thing is, everyone knows that children are a blessing, it’s no secret that they are a wonderful gift from the universe that can change you totally. There in lies the problem.

You fall head over heels in love with someone and then you have kids and they change. They change into parents, and you have to learn to love each other in a different way. Make no mistake about it, I’ve never bought into the whole “having kids brings you closer” malarkey, I don’t think it does. I don’t think it tears you apart either, rather I believe it changes you irrevocably and you have to learn to love a new person who still has elements of the person you once knew, but who is fundamentally different, which in turn brings you closer and pulls you apart all at once.

Spending the night away with Adam was like a breath of fresh air. This man who I fell so in love with is still in there, the woman that he fell in love with is in here too, and we got the chance to bring those sides of us out again.

In a way it made us appreciate the people that we have become, purely because we knew each other so well already, a glimpse of our carefree and child-free sides has renewed our affections and appreciations of one another so much, which has done wonders for our relationship. We’ve decided that even if it is just a night out for a meal with a few drinks, we’re going to try and get away at least once every couple of months. Just us.

Just me and him, without our mummy and daddy personas.