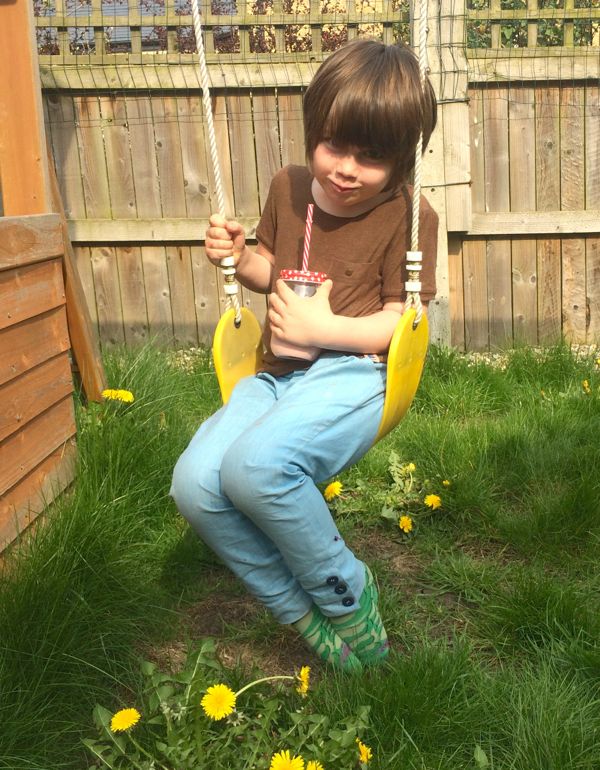 Picture me blissfully unaware as I sat at my desk fighting off Edith who was like a breastmilk velociraptor, as the post came through the door. An ideal opportunity to tell madam to get away from my boobs and jump up to give her whichever pointless bill had soared through the door to rip up… But it wasn’t just spam mail and bills this time. Nope, there was a letter to say my child was overweight.

Not only was there a letter to inform me of my drastic parenting failure but it was accompanied by a startlingly bright guide on how not to make your child a fatty and how to parent and monitor food. I have to admit at first I felt a bit surprised. Roo is undeniably the tallest child in his class, he’s also one of the stockiest, strongest and broadest. According to the letter the tests done were build on weight, height and sex. Which means only one thing: fucking BMI.

Here I was reading away in my how to guide wondering if it was specifically written to make you feel like an errant child (especially with all that fun bright writing that made you wonder if Word Art was making a comeback) when it suddenly occurred to me that this was utter bullshit. The implication was that Reuben must be fed on a diet of fizzy pop, chocolate bars and neglect. I’ll happily cop to the last one from time to time, but our diet is actually really good. We believe in moderation and yes, on a Friday, we have an ice cream. We eat sweets occasionally and we will drink juice if it suits us. Just not constantly.

Then I flick to the next page and we’re all about adult size potions versus child size portions. Did you know that a child’s stomach is smaller than yours? I had no idea – I just presumed that the other vital body organs were held within the arms and gradually migrated inwards as the child grew (which is why I guess I always have had chubby arms – I’m short, it’s my burden). What in the fuckery is this? Whilst I would never claim to be a mensa member, I feel pretty confident that I have  acquired a rather basic understand of anatomy. Further to this, what are they suggesting that you do? “I’m so sorry darling, but according to your BMI – which is largely regarded as bullshit by the majority of health professionals and is NOT an indication of your health – you are a touch on the porky side, so no more than three peas and half a slice of chicken with your small cube of potato tonight, I’m sorry but you’ll simply have to be hungry”. It’s absolutely insane.

When I got to school I had a chat with the other mums and out of the four that said they had received a letter from the nurse visit, three had children that were overweight. All of which look like perfectly healthy, normal weight range children and none of which had a concerned GP. This begs the question, is our country suffering from rising obesity rates and an issue with overweight children, or are we misplacing funding and allowing our children to become subject to the dreaded BMI checks that are often wrong? o tot mention how much those oh-so-helpful guides must have cost to print… all the primary and secondary colours!

The truth is, I’m not going to change a thing with Reuben’s diet. His snacks are fruit and veg based, and he is given a treat every so often of sweets, crisps, ice cream etc. His meals are home cooked and his favourite food is pasta, rice with green Thai curry and (given the chance) a sausage roll. His drinks are water and milk. His cereals are weetabix or Cheerios. Like a lot of children, his diet is perfectly healthy and well balanced – a good mix of treats and nutrition. In addition to the fact that they are basing these stats off an unreliable chart, there is a huge undying implication here that for someone to be outside of the “normal box” means that they are automatically unhealthy. They aren’t – there are plenty of overweight people who are very healthy.

After chatting to the other mums they feel the same, yet some parents wouldn’t.

This could really be such a devastating blow to someone, who would put their five year old on a diet and slam them with a complex for life. Yet ironically whilst the government seem to have funding to send nurses out to schools to perform these simple and ineffective tests, I would love to see how they would fair if every parent of every child who is supposedly overweight were to ask for the advice of a paediatric nutritionalist. I’m banking not well.