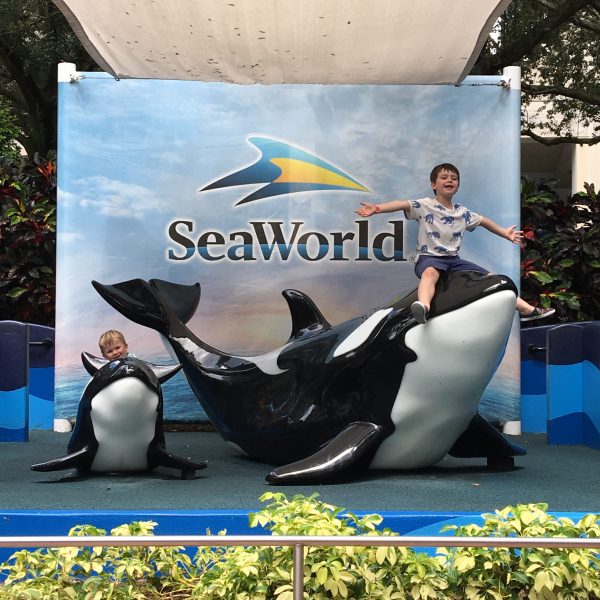 So in the wake of Tilikum dying last week, I thought I’d write about my experience visiting SeaWorld in September.

Yup, you read that right. We visited SeaWorld.

And guess what? We loved it. 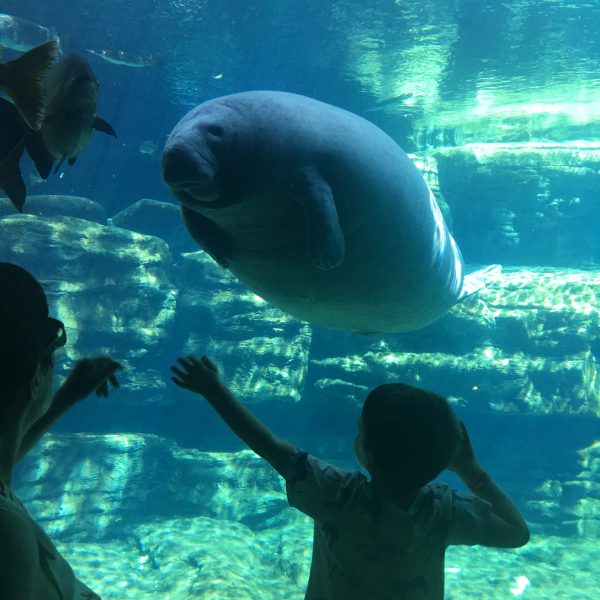 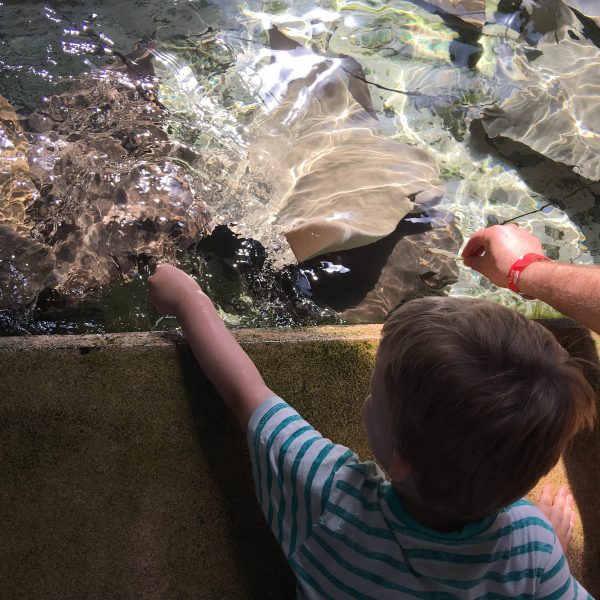 Here is something I want to make clear off the bat, we went to SeaWorld with open minds but less than open hearts after watching Blackfish. We organised the trip before my friend told us to watch Blackfish, and after watching it I wasn’t sure whether I wanted to go or not. Yet we’d promised the kids the chance to see Killer Whales, knowing very little about them in captivity or why they shouldn’t be there. Blackfish was certainly an eye opener, yet visiting SeaWorld wasn’t what I expected it to be.

We used our visit as an opportunity to teach the boys about a couple of things. History. Animal cruelty and what it meant and what environmental good we can do. I won’t lie – we loved it and we DID have a good (and surprising) day. 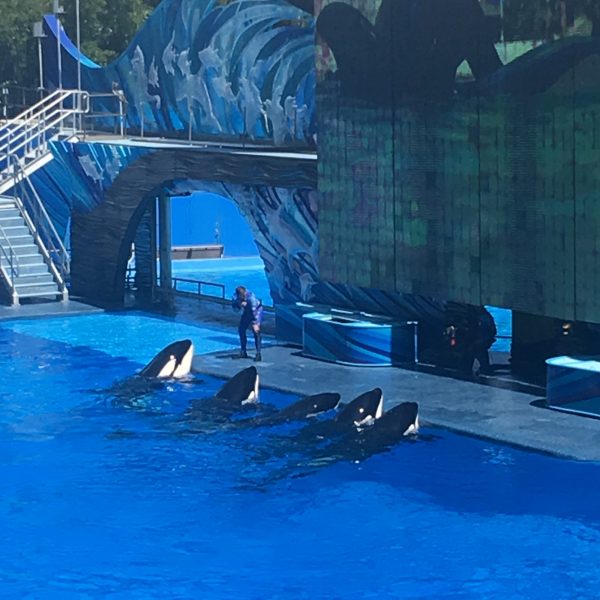 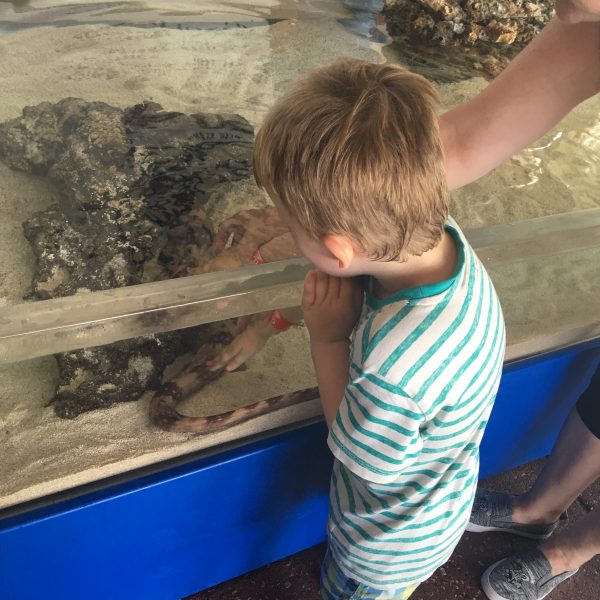 We started off by enjoying the rides and small exhibits that the place has to offer, we visited the manatees and sea turtles, a lot of which were injured and had been rescued, something that I didn’t know was a part of Sea World’s remit. Conservation appears to be a massive part of what the company has to offer, especially when it comes to sea turtles. We watch the 3D show of Sea Turtle life and it was enlightening how dangerous it can be.

When we arrived at the Dolphin section, Reuben was absolutely enthralled. The trainers were strict as hell, yet people insisted on ignoring the “stay behind the line” instructions. That was one of the things that struck me about SeaWorld staff – they genuinely adored their animals. We were actually given the wrong information by one of the sales stall people, who told us we could have a dolphin encounter only at Discovery Cove (we weren’t visiting there) when in fact you can book a small Dolphin encounter with the dolphins and a trainer at SeaWorld where you feed them a fish and get to stroke one. Reuben was oh-so upset that he wasn’t able to do this because we missed the cut off point by a mere 8mins. Yet the trainer wouldn’t budge when I asked if they could make an exception of 8mins, especially with the poor info. She told me no way, the dolphins had been fed, they had a time schedule and she wouldn’t want to break trust with them by allowing us to deviate from the plan. You have to respect that right? There is no denying that to these people, the animals are everything. 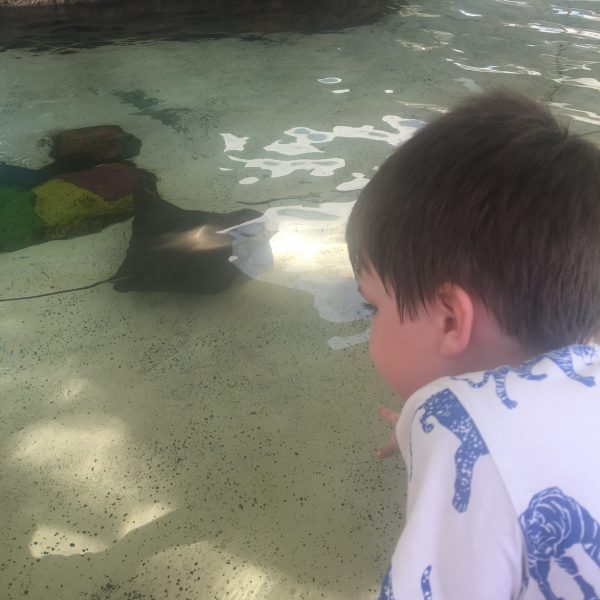 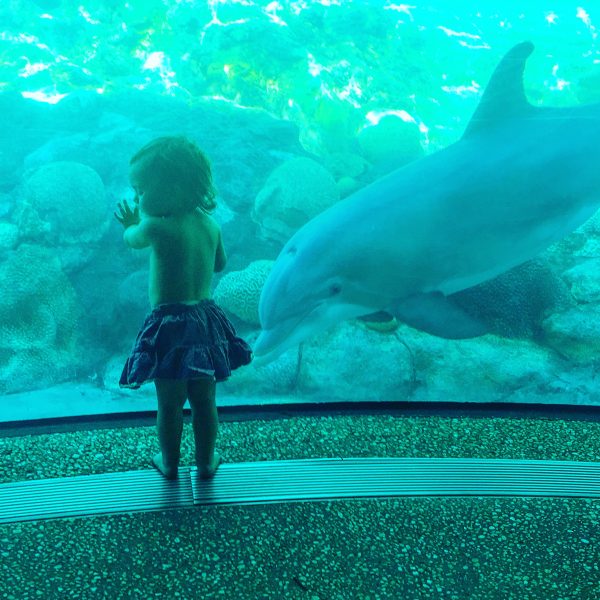 Moving on to the whales… what are you going to say? The tanks are too small, irrespective of depth and they shouldn’t be there. Simple as that. Yet despite the show, which depressed my husband, we made a concerted effort to talk to the kids about WHY these amazing animals were there and why they shouldn’t be. Which lead Reuben to ask some interesting questions of the trainers… can you say awkward? I can.

Credit where credit I due, the trainer Reuben spoke to explained that there is a philosophy of “know better, do better” back when the first whales were captured, we didn’t know any better, yet now… now we do, and as such, we don’t capture them anymore.” Naturally that wasn’t enough for Reuben. “Why can’t you just let them go?” Double awkward. The response was one that seemed logical to me “If we do, how would they live? They were all born in captivity.” It was a response that seemed to placate Reuben, who became increasingly interested in animal husbandry and conservation (which came out even more during the safari at Animal Kingdom). While we could never quite make peace with the fact that SeaWorld keeps these creatures, and is responsible for the deaths of mammals far earlier than would occur in their natural habitat, it was impossible to deny that these men and women on the ground at SeaWorld adore their animal charges.

We also managed to eat at the Underwater restaurant, which was absolutely awesome. The kids were entertained by the fishes, the food was delicious, though it was over priced as expected but I honestly think that goes hand in hand with Orlando.

The rides in the park had to be the best white knuckle rides in Orlando as far as Adam and I were concerned, though there was FAR fewer rides for the children than at Universal or Disney.

So, all in all, we enjoyed SeaWorld, for all its flaws. Would I recommend visiting in 2017? Yes. Would I go back? Yes. Will SeaWorld be there after the whales? I hope so and I truly hope that they stick to their promise to never breed another whale or capture, especially in light of the tragic event of Tilikums death.

My lasting memory of SeaWorld will always be: know better, do better.  I hope they do.