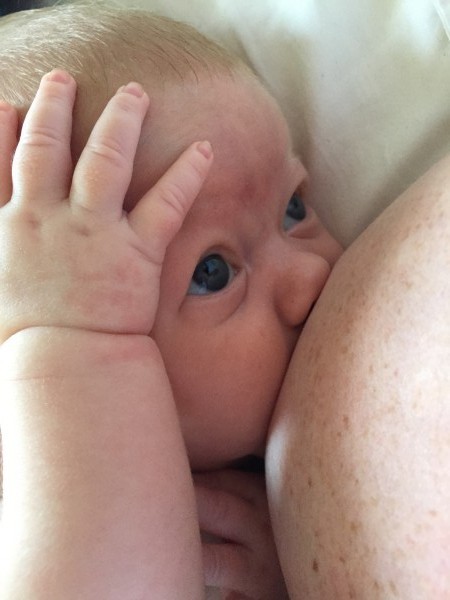 I wanted to set up an online ‘cafe chat’ with some of the ladies who I’ve met via social media who have really inspired me and helped me to continue feeding. 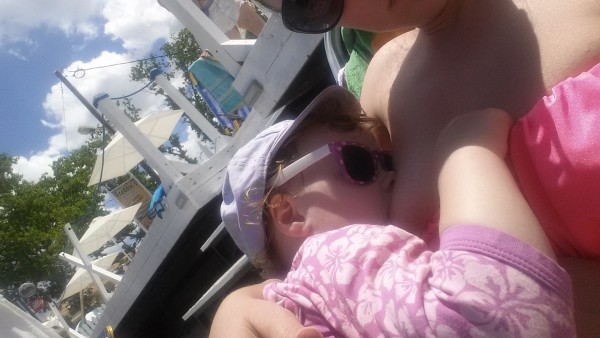 My name is Jackie and I’ve been breastfeeding my daughter, Ruby, for more than two and a half years, she will be three in November! I plan to let her self wean but my initial goal was to breastfeed for twelve months.
What do you wish someone had told you before you started breastfeeding?
That she wouldnt need a bottle at all, even when I returned to work when she was six months old. I worked myself up so much in the run up & she simply adapted and reverse cycled so it was all for nothing. I still pumped at work for comfort and proudly donated over 300oz of my milk to a sick little boy with lots of digestion issues.
Do you feel shy feeding? Do you use a cover?
I feed uncovered, anywhere & everywhere. Including planes, the beach, walking around supermarkets & even swimming with dolphins in Dominican Republic!
Chelsee Hobbins 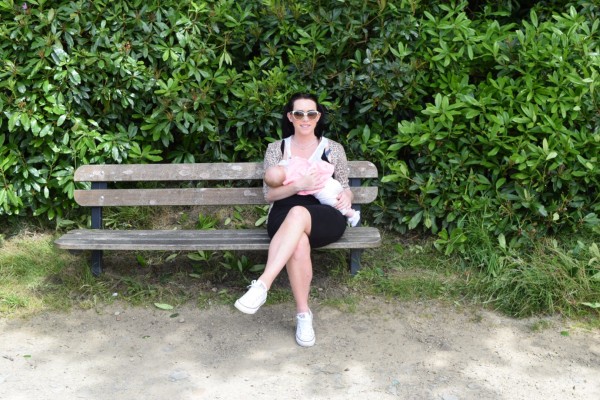 Chelsee is 10 weeks into her feeding journey with her little one, so still quite new when compared to Jackie. These are her thoughts on breastfeeding:

What do you wish someone had told you before you started breastfeeding?

That it’s the hardest thing you ever may do for the first few weeks, but to persevere because it’s the most wonderful, rewarding & special thing you can do with your little one.

Also, not to worry if you spend the first week crying! I did! But I’m 10 weeks in and going strong.

What is your favourite thing about breastfeeding?

For that moment, there is nothing else in the world but me and my feeding baby. The bond you build through looking into your babies eyes during feeding is irreplaceable.

Do you have a funny breastfeeding story?

My neighbours house was on fire, and I noticed it from the living room window…

So I ran outside to make sure the neighbours were out of the house and a car with a family had pulled over to ring the fire brigade. It wasn’t until I noticed they all couldn’t look me in the eye that I realised I ran out with my boob out!! Oops! 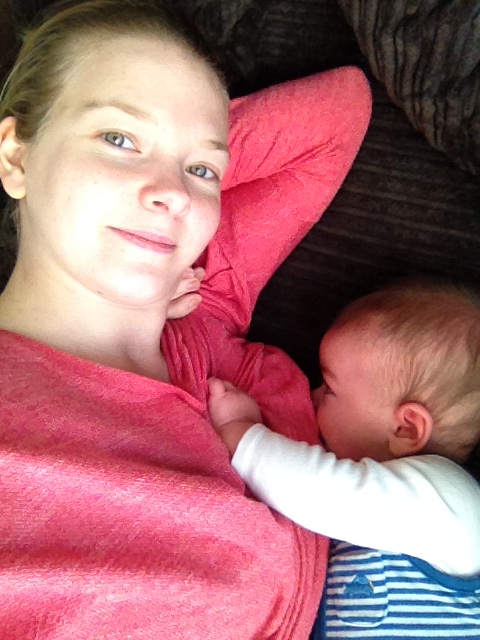 Louise is feeding a little one who is right between the two ages of the Chelsee and Jackie’s little ones. She is practical and gives some great advice.

What do you wish someone had told you BEFORE you started breastfeeding?

The truth! I do believe in being positive, but I also believe in being realistic. All I was told was “if you latch baby on properly it won’t hurt”. No one said “but it CAN hurt, and it does for a lot more women than you realise!” I felt like a failure because I didn’t latch my baby on as easy as that stiff doll in my NCT class, and it HURT like there was no tomorrow. But I wasn’t prepared for it – so I felt stupid. It’s true – a proper latch means it shouldn’t hurt, but that doesn’t mean it CAN’T hurt in the early days/weeks.

There’s so much more I wish I was told about; growth spurts and the fussy behavior behind it, night feeds being normal beyond 6 months, how baby builds supply (may not have given baby dummy at 7 days!).

What is your favourite thing about breastfeeding?

I have never been a natural breastfeeder, and for the most part I haven’t enjoyed my breastfeeding journey. Even more so when my boy became a fidget monster and was more interested in EVERYTHING else other than milk. But the one thing I have enjoyed is the ease – I see mums carrying bottles, bottle warmers, warm water, powder etc in their change bags and I had to carry nothing of the sort. Also the ease of night times – baby cries, latch baby on, baby feeds, falls asleep, back to bed. So for me, the “ease” is my most favourite thing.

What is your favourite breastfeeding treat?

What I consider a treat, is my baby falling asleep in my arms (only very occasionally) during bedtime feed. He never falls asleep in my arms anymore, and hasn’t for months. So on the occasion that he is totally exhausted, it’s such a wonderful feeling him falling asleep while fully latched on. I often sit there enjoying the moment for an extra 10 or 20 minutes as I never know when it’ll happen again ☺