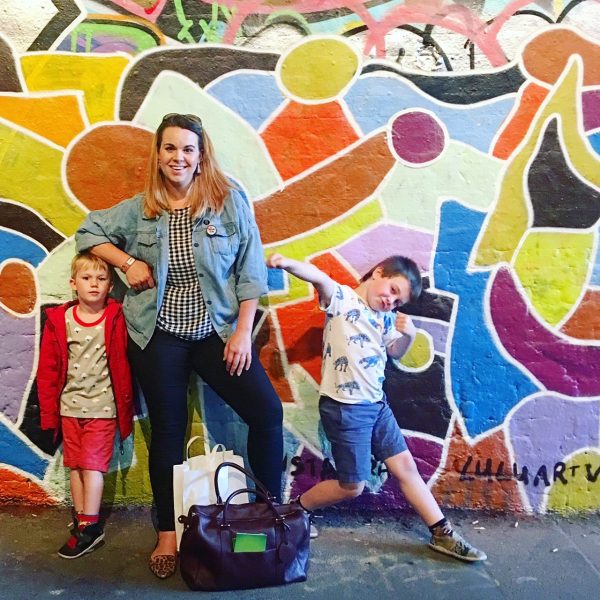 A few days ago I was speaking to a friend on Instagram about motherhood and being a certain “type” of mother. If I’m honest, I am far from the mother I thought I would be… and even further from the one that I wanted to be.

I remember waltzing around Yorkshire show when I was younger, I was with my mum and the time and being totally pre-child, free to pass my uneducated bullshit opinion around like a confetti machine. I saw a mother walking along with her child and scowling away, she told him to “shut up”. I remember really clearly turning to my mum and quietly saying “god, when I have children I won’t ever tell them to shut up. It’s such a mean phrase. I want to nurture my kids.” The first issue was that I thought I had any place in the world, at the tender age of 17, commenting on parenting skills. The second issue is that I really meant it, and even now in my head, I hate “shut up” being said to kids… and yet if we make t past the second coffee and 7am without me growling it at one of my own offspring, it’s a truly productive day.

It’s not even down to the way that I speak to my kids that I find myself being the very opposite of what I thought and wanted to be as a mum. I started Toby & Roo so that I could be with my kids more, so that I wasn’t at the beck and call of a retail job that demanded I give up even a minute of time with them. I started it to craft more. Bake more. Vacate the house MORE… and as time has gone on, as I have become more successful and in demand, as my family has expanded from one toddler and one baby, I have discovered that I do less and less. We bake less. We craft wayyyyy less (in fact, I now eye the once adored craft cupboards with a sense of trepidation and a mix of distaste and fear) and we 100% vacate the premise less and less.

It’s not that we don’t do anything, but as a woman who once insisted that she wanted 5 children at least, and would keep on top of the housework, the homework, the day job… I find myself feeling less and less like the galaxy caramel in the box of celebrations and more and more like the bounty – the one that no one wants and that really doesn’t need to be in the box.

I guess what we imagine about our parenthood journey (wanky phrase klaxon if you please) and what the reality is are two total worlds apart, impossibly different and no matter how hard you try, they often don’t marry up. I shout, I swear, I cry on occasion and I don’t think that I will ever have child numero 4 because I really do find that my anxiety is through the roof half the time and I feel like I’m letting my kids down by not living up to my own pre-child ideals.

It’s also one of the only times where you feel like you might have bitten off a bit more than you can chew and there are no backsies in sight. The rut feels deeper, the more you shout, the more you hate crafting, the further you feel away from what you imagined you would be. I wish I was that mum again, the crafter. The laid back one. The one who didn’t shout or get frustrated as much.

Learning to be the mum I really am as opposed to the one I hoped to be is pretty tough.