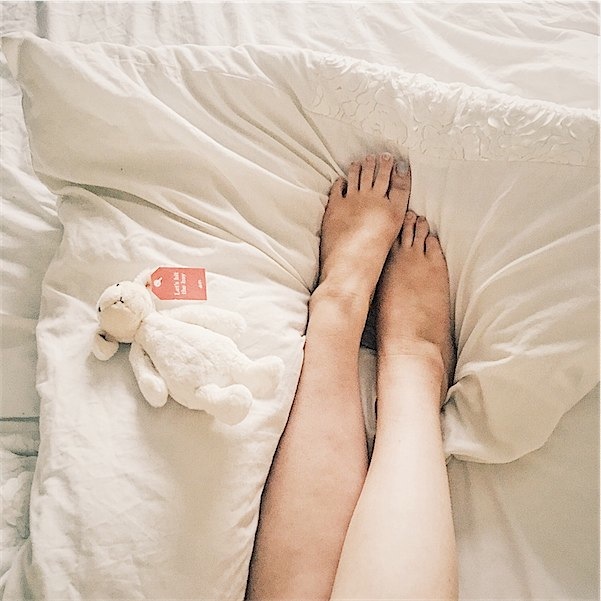 I have often talked over the years about how parenting surprises me, how it is never really what you expect or what you thought it would be when you were a sour teen judging your own parents. Now, more than ever, I suppose you judge your own parents but with fresh eyes – more often than not you come up wondering if you’ll manage to do as good a job.

Earlier this week I shared some really personal thoughts on post natal depression and my struggles over the last year and a half. I’ve talked about extended breastfeeding with Edith (another unexpected parenting moment, let me tell you) and her inability to sleep, her separation anxiety… it’s all been rather tough.

This month, I teamed up with Drift who sent me the most wonderful mattress and asked me to talk about my tips for a good night’s sleep, but I’ll be honest I can’t… unless you count “pray you don’t have a non-sleeper or maintain abstinence” – I’m not sure if I can say that as a mother of three, without feeling a communal hoike of the ole’ judgy-pants from around the globe. What I can talk about (and from a vast experience) is the link between sleep deprivation, motherhood exhaustion and post natal depression.

Did you know that sleep deprivation is a well known torture technique? It’s not really much wonder that mothers (and fathers) around the world are brandishing their “but first, coffee” t-shirts and praying for wine o’clock then is it? I mean, we have a monopoly on being the tiredest group of people on the planet (unless you count those crazy guys on SAS: Who dares wins… seriously lads, why?) and with that comes struggles. 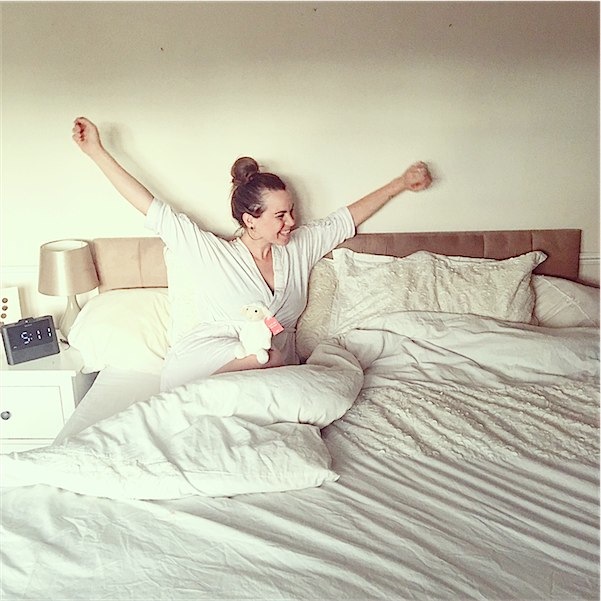 A quick google search will tell you that the vast majority of new mums who are struggling with post natal depression are exhausted, both mentally and physically… no wonder really, I mean, duh – new baby… but it’s more than that. Exhaustion transcends just having a bad night or 40, it surpasses just mere sleep deprivation and I think anyone who has ever uttered the words “I’m just so tired” over a coffee to a friend in soft play hell while tears are beckoning, will know that motherhood exhaustion is about more than just sleep. Sometimes it’s so mentally exhausting that, even when baby has only been up once – looking at you Edith – you are just at breaking point. The breastfeeding, the regret for shouting at her and making her cry when she wouldn’t stop pulling my leg and I needed to answer emails, the guilt over telling Toby I couldn’t take him out, the bloody breastfeeding AGAIN, the fact that she wouldn’t eat tea again and I know I will be wrenched out of bed again… the fact that I’m basically typing about tomorrow and the next 3-4 years of my life and that makes me want to fill the sink with coffee and dunk my face in it… and then the fresh wave of guilt.

Further to my little google analysis (I shall expect my doctorate in the post, or perhaps via email as this is google university after all) I read that sleep deprivation may be one of the leading causes of post natal depression but that PND in itself leads to an inability to get a decent sleep. You know, the kind where you wake up feeling like you can take on the world because you’ve had a solid 8 hours, and yeah, you might be getting older and feel somewhat like an iPhone with it’s dwindling battery, but you woke up on 100% and have a fair chance of getting the kids into bed before low power mode sets in.

I think all in all, sleep is a part of the struggles of motherhood but when we tell people we are exhausted, there is more to it than just sleep. How many of us have been so tired and nestled into our comfy bed (which mine is now, for the first time since we broke the springs in the mattress 4 and a half years ago) but we can’t sleep because we’re playing over the mistakes from the day? I am a firm believer in following “tips for sleep” (essential oils, supportive mattress, no screens late, no eating late) but they don’t always help if you have motherhood exhaustion do they?