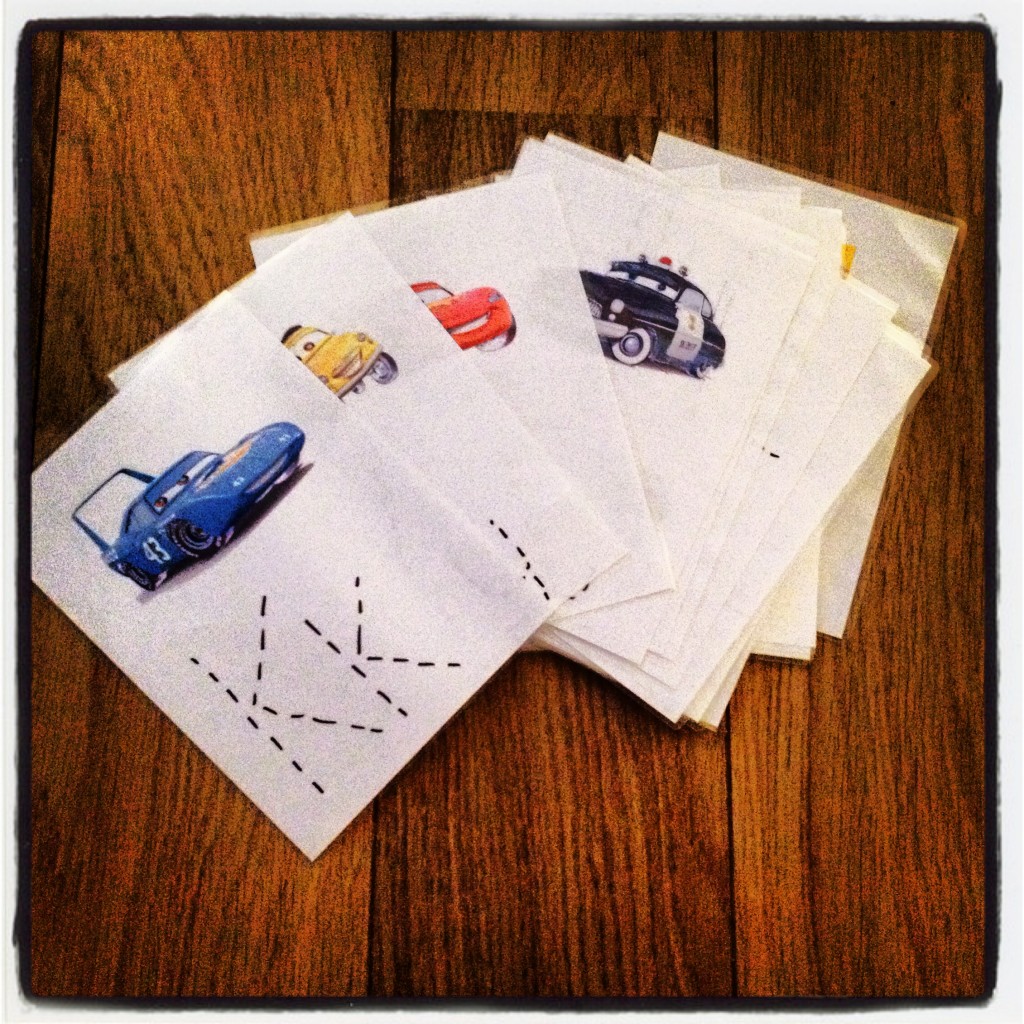 So easy to make, but something that you and your child will have loads of fun using and learning with!

I have always been a big believer in the fact that its important as a parent to be a part of your child’s education. I want to help the boys learn, as I’m sure every parent does, and I want to be instrumental in his development. I also want him to remember that learning with Mum was fun and so cool (let’s be honest, my days as ‘cool’ are limited, so I’m owning them while I can!).

Reuben has a bit of an obsession with Disney Pixar Cars, in fact if I’m honest, we all do now, despite my determination to avoid ‘character’ fads where I end up having everything from bedding to tooth brushes with the same disney character in my home. Anyway, he adores the cars, and anything to do with them is a big plus for him and is likely to sway him on even the moodiest of days. That’s why I decided we would make our own flashcards and use the characters from this movie to help encourage him with the alphabet and phonics.

All you need is:

Choose your characters and either print your characters (I would say A5 paper size is big enough, or if you just double up the characters for A4) or cut them out of the magazine and stick them to the plain paper.

Write your letter underneath, just remember to follow the phonic though as this is how children learn. So sound out the word and the letter, for example in our case with Disney Pixar Cars, Sheriff wouldn’t work for S as it is a shhh sound not sss . If that makes sense!

Cut the flash cards to your desired shape and laminate!

These are so easy to do, and instead of having a few of the desired characters and the rest being other film characters like in the shop bought ones (if you can even find any for your chosen character/s) you can choose exactly who makes it into the flash card pile!

Its even more fun if you have toys to go with the flashcards. Roo spends hours getting the cards out, and placing the right character on the right card and sounding out the name and letter.

You can go one step further as well, the world is your oyster. For example, instead of writing the letters out, make them dot to dot so your child can practice drawing the letter and learn to write at the same time or enlarge the characters and make the letter a road so they have the ‘drive’ the letter.

Go ahead and try it yourself, it is an inexpensive way to have some serious fun while learning and is a great way to help your pre-schoolers out!