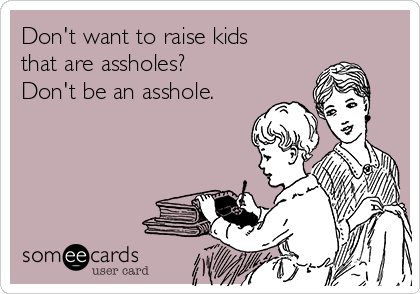 A few weeks ago I was contacted by a reader on Facebook who asked me if I would be interested in talking about the sensitive topic of IVF. If you read the blog on a regular basis you will know that I never shy away from the sensitive topics that other’s might not want to talk about. Why would I? As a mother of 3, raising the next generation and as a blogger I feel like its super important to talk about these topics because, well, we need to stop being assholes about them. By which I mean we need to start thinking about how we react, what comes out of our mouthes and how our behaviour makes others feel.
This is K’s story:

After 2 long years of trying for a baby, I eventually got referred to York Hospital for numerous fertility/blood tests (I just had a feeling something was wrong).  In 2008 I received the devastating news after having my laparoscopy procedure that my chances of ever having a baby naturally were 1%, but this 1% was likely to result in an ectopic pregnancy, due to both my tubes being severely deformed and damaged (the reason for my tubes being this way was put down to a potential water infection that had reached my tubes and damaged them). Not only did I receive this bad news, I was also informed that York Hospital did not fall in the postal code area for IVF on the NHS, so we would have to go down the private route.  I was left feeling absolutely devastated, numb and disappointed in myself as a woman.
After the initial shock, I pulled myself together and researched numerous fertility clinics, I came across London’s Women Clinic Darlington.  We went for an initial consultation and I was advised to have both tubes removed, as this would up my chance of IVF being successful.  So back to York I went for both tubes to be removed, this op was in a way a good thing and a bad thing.  Good being that it would help with the IVF, bad that a part of my reproductive system was being taken away from me and it made me feel less of a woman than I already did.
I told all my close friends and family what was going on, they were all really supportive, but unfortunately me being ultra sensitive about it all took a lot of the comments to heart.  Comments like “would you ever adopt”, “you can use a surrogate mother”, “just chill it will happen”, “will you have to use a donor”  etc etc…  I know all these comments were said in the nicest of ways, but the lack of understanding was very apparent. My fertility problem was a mechanical problem, my ovaries and womb were both healthy and working how they should be, but I guess once infertility is mentioned, everyone assumes it means I’m totally infertile.  It’s like anything in life, unless someone has actually been through it themselves, they will never ever understand it fully.  We’re all guilty of passing comment without fully knowing someone’s situation, but because infertility is such a taboo subject no one really likes to openly discuss it.  I have never been embarrassed of my fertility problem, I’m just worried about my infertility being misunderstood and people making assumptions that my children aren’t biologically mine, or other children making comments in the playground to Louis like “test tube baby” (as unfortunately we still haven’t moved on from the term “test tube baby”).
I was recently speaking to a friend, who is also having fertility problems, we were discussing that there is lack of knowledge on IVF and infertility.  Its the lack of knowledge and awareness of IVF/infertility that lead to hurtful and insensitive comments being made, although not intentional.
My journey to having my 2 boys has been extremely difficult, not only from the infertility side, but Louis was 2 months early (he was in hospital a for a month), I had an extremely traumatic labour which ended up as an emergency c section which resulted in me nearly loosing my life due to a major PPH.  Luckily I didn’t and I gained enough confidence over the years to try for a second baby Logan, he was a little harder to get, Louis was 1st time lucky, Logan was 3rd time lucky.  For what ever reasons, my journey to being a mummy was never going to be plain sailing but I did it.  I want anyone who is suffering from infertility to be more positive and open about it, it should this day in age no longer be such a taboo subject.
Initially I had a few comments like “is he actually yours”, “what if they put the wrong embryo back”, “just adopt its easier” – I understand a couple of those comments were probably said in jest, but are so insensitive.  Its like me saying to a couple who have conceived naturally “did your wife play away?”. I wouldn’t dream of it, so why do people think they can pass comments on IVF ???  I get the impression that a lot of people see IVF as a pretend way of getting pregnant, or a subject that can be joked about, people are so opinionated about it, they talk about it as if the person who is going through it has no rights to be a mummy or has no feelings.
I think there is so much stigma attached to IVF because people have their own preconceived views and opinions that are based on their incorrect facts.  Infertility is generally a medical condition/problem, so I don’t understand why people are so opinionated towards IVF, we would never say to someone who had a liver condition needing a transplant, that its gods way of saying they should die, so why do people have to say its gods way of saying we shouldn’t be parents.  We are living in a world that is becoming more medically advanced by the day, you would think that after 38 years IVF would be seen as the “norm” by now.  This also applies to lesbian/gay couples too, just because they might not be having fertility problems, they still have the right to being parents, whether it be adoption, surrogacy, IUI or IVF.
I do tell a lot more people these days, but mentally I’m a lot stronger now than I was at the beginning of my journey.

I don’t think anyone can think that this kind of response to IVF is appropriate, can they? I have never shied away from talking about the “taboo” topics or uncomfortable topics, but this really struck me as sad. Why is it that we make so much progression with topics such as miscarriage, PND and the struggles of parenthood, yet IVF seems to be the forgotten cousin of the taboo brigade? If we could encourage an understanding of the type of suffering that parents feel when they are struggling to conceive then maybe we could move past this kind of hurtful attitude.
What are your thoughts?
H x