After a wonderful break away we are finally home, and how lovely it is to arrive home, despite missing spending time with the boys at the pool in the blistering heat!

I wanted to share my holiday with you in pictures, as it really is too long to write all in one post (especially with all of the laundry to do!) Hopefully over the next few weeks I will be able to get together a travel guide about Lara Beach and the best things to do over there with your kids. If anyone has any suggestions then please don’t hesitate to send them in to me at harriet@tobyandroo.com and hopefully for all of the holiday makers next year we can have a good guide.

Anyway, back to our holiday in pictures! 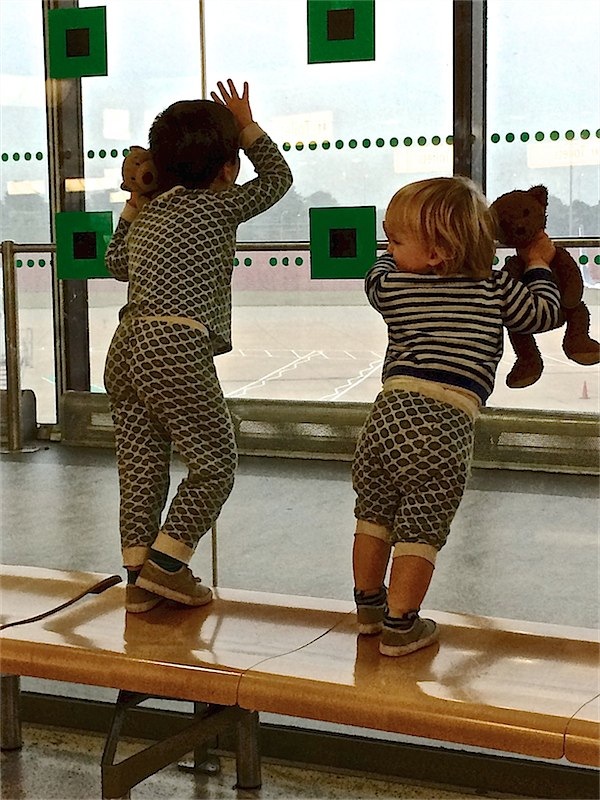 At the airport ready to go! The boys flew out in their pjs because we had an early morning flight, which worked really well for them! 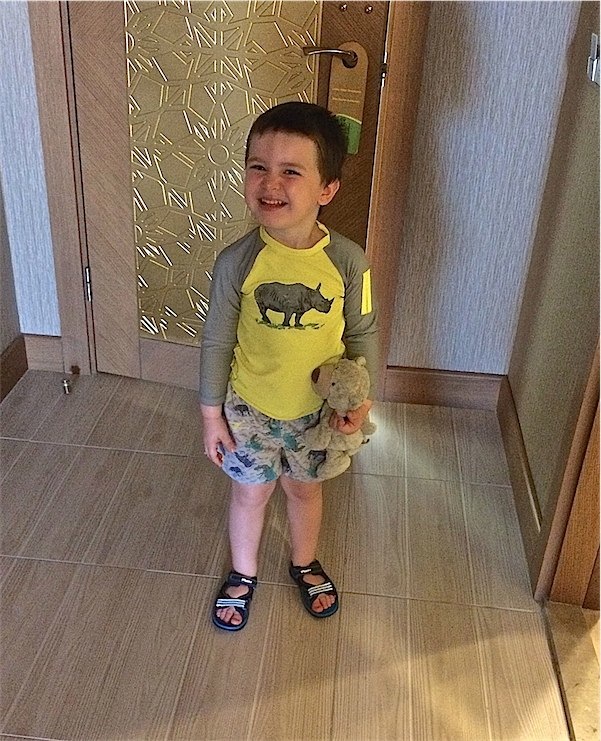 Ready for the beach in his Sunuva swimwear. I honestly can say we were so lucky to have the Sunuva kits, the boys were protected from the sun completely and despite having a nice healthy glow on their cheeks and lower legs, the rest of their sensitive skins are burn free. 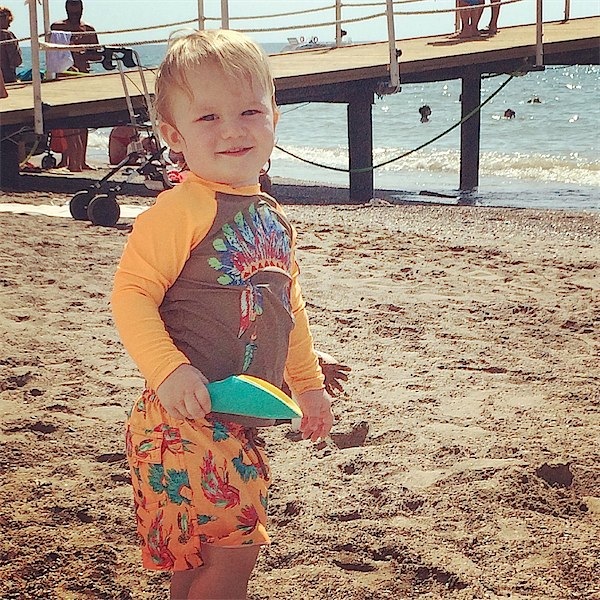 We had a blast for the first day or two playing at the beach. The hotel we stayed at, The Royal Holiday Palace in Lara Beach, Turkey, had a lovely pier that you could walk along or, as the boys preferred, swim out to! The hours we spent swimming out to the pier, climbing up the ladder to get a drink of apple juice and do it all over again! 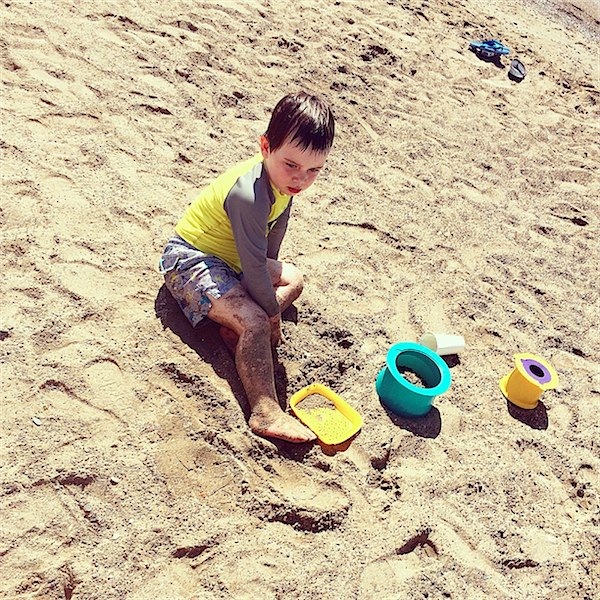 Reuben loved playing with his wonderful Quut toys from Toyella. We had so much fun. Toby’s favourite game was Ringo (which really surprised me as I assumed he would be too young, but he loved throwing the ball into the hoops… or trying to anyway!) and Reuben was in his element pretending to be a digger and panning for gold. In fact, our Quut toys were so popular with the boys and the other holiday makers that someone decided to ‘permanently borrow’ Reuben’s shovel style spade called the Scoppi and left him with just the yellow shifter. Unfortunately this was a little bit upsetting for him as it was only day three of his holiday, but he soon came to terms with it and used the Triplet to dig instead! 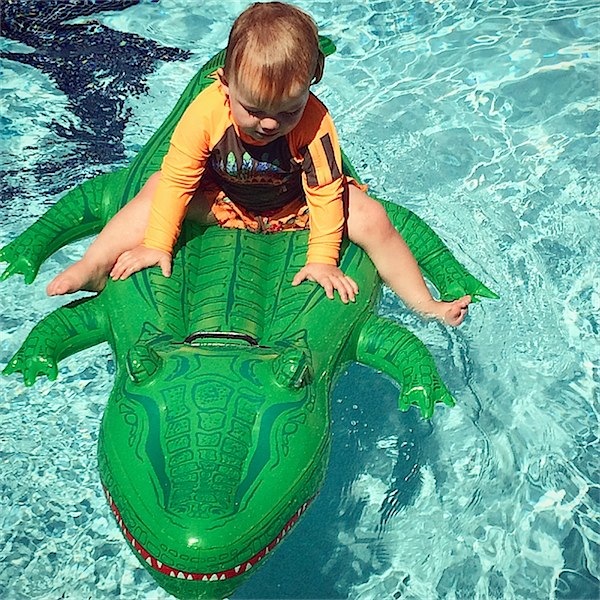 If we weren’t at the beach, we were at the pool. The boys amazed people with their water skills, which I can only attribute to the fabulous Water Babies. I honestly couldn’t be a bigger advocate of Water Babies and the way it builds water confidence in children. Reuben was in fact a touch over confident and terrified the other holiday makers by running from the kids shallow pool and jumping into the adult pool, which was far too deep for him to touch the bottom. While many a parent dived in to save him, it was rather embarrassing when my husband and I finally ambled over to the pool, only to explain that he can actually swim without armbands, and competently. Toby was also a true water baby and spent the majority of pool time diving for his Zogg seal rings, much to the amusement of the other holidaymakers! 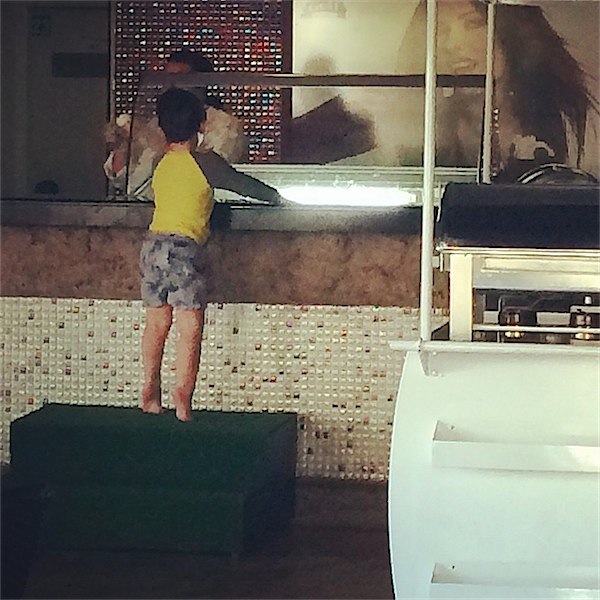 This isn’t a great picture and isn’t even really a defining moment of our holiday, but it is something that I am so proud of! Reuben asking for his first ice cream, all by himself. He remembered to say please and thank you (something that I was shocked to find seemed to escape the majority of children and adults) and became such a firm favourite with the lady who served the ice cream that he was always given an ‘extra’ scoop! Cheeky monkey! 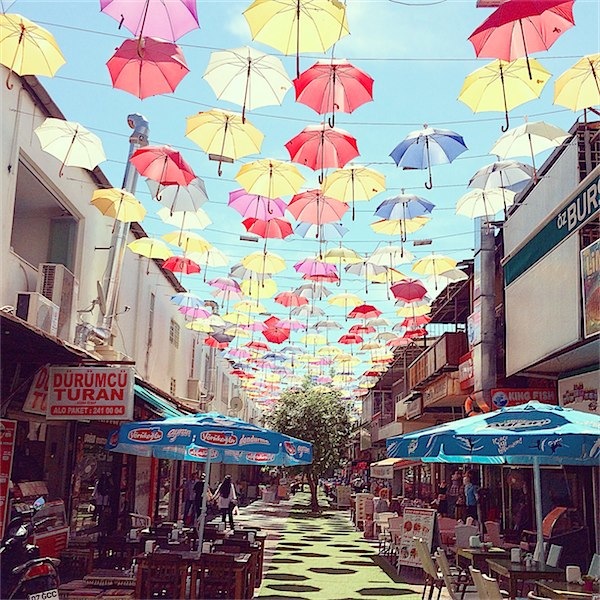 I love the picture. We took a day trip into the local town of Kalçei, the old part of Antalya and we had a great time. There was so much to discover, but in the heat it was difficult to find a bit of respite, so the locals cleverly created this path street of umbrellas to shade their stores and cafe’s. 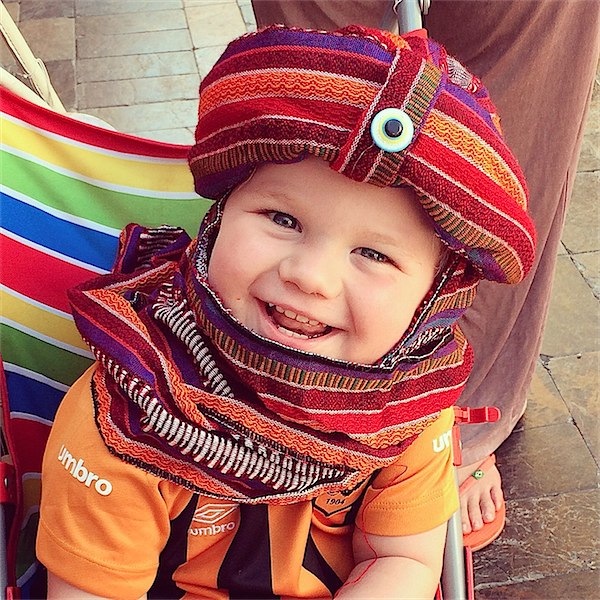 This was easily one of my favourite buys for the boys from Kalçei. We found a little stall that made traditional pashminas, hats and shoes. The ladies were weaving in front of you and the shoes were being made in the back. I was so tempted to bring home a few pairs of shoes, but opted out after buying this wonderful hat for the boys dress up box. 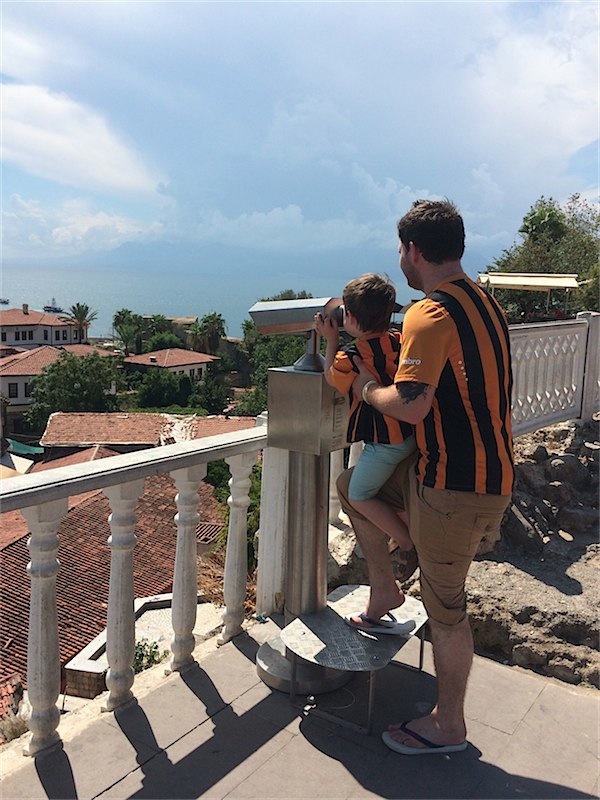 There is a multitude of sights in this region of Turkey, and looking out over the old town of Kalçei you could see the magnificent water falls and stunning views. It was truly beautiful. 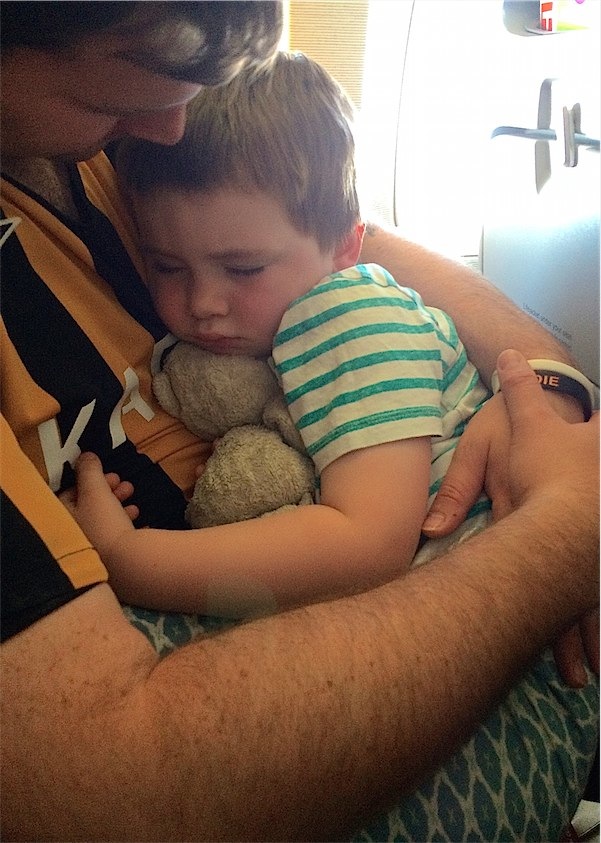 Finally the journey home. Exhaustion set in after a time and Mr Grumpy dozed off, albeit for 20 minutes!