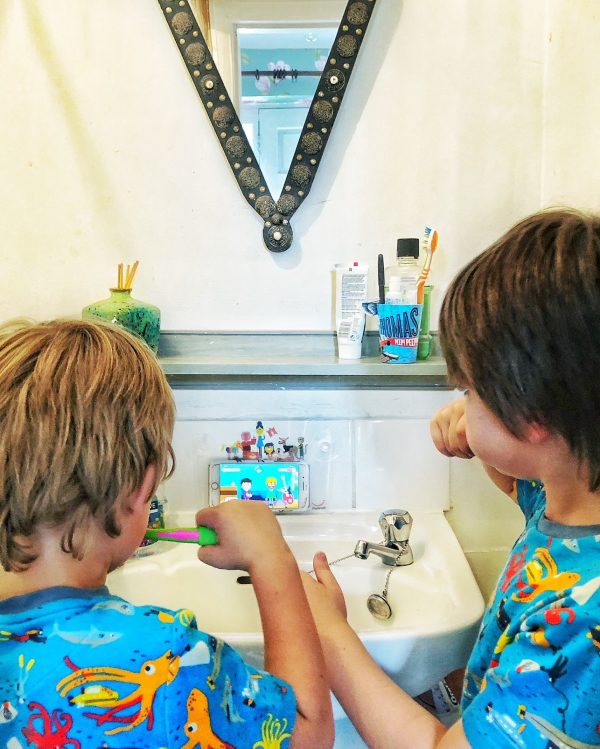 You know what we’re struggling with at the moment? Teeth. Getting the boys to brush their teeth has become an absolute nightmare – we forget as we’re trying to usher them in late, they never want to, they complain, they do it too fast… it’s just one big fat pain in the arse and we have started finding it incredibly tedious.

They have had character brushes, electric brushes, funky flavour toothpaste and normal toothpaste, but they just don’t want to do it. Reuben pushes his gums over his teeth, Toby giggles… the only one that will consistently clean her teeth (or allow us to clean her teeth) is Edith. It’s the one area of parenting where I don’t so much feel rubbish as KNOW I’m a bit rubbish – it gets to that point of the day where I can’t bring myself to fight with them over yet another thing so a half arsed brush will do. Not great is it? My own teeth are stained from my love of coffee and Asian food and Adam has had a whole host of dental problems for the majority of his life, so anything that can encourage the kids is a win in our book.

I saw these on Instagram a few weeks ago and was instantly intrigued – were they a special kind of toothbrush? Something magical that encouraged the offspring to actually brush their teeth without a mahoosive fight beforehand? What was this wizardry? Turns out that this is a way to take your everyday manual toothbrush and make it MAGICAL. 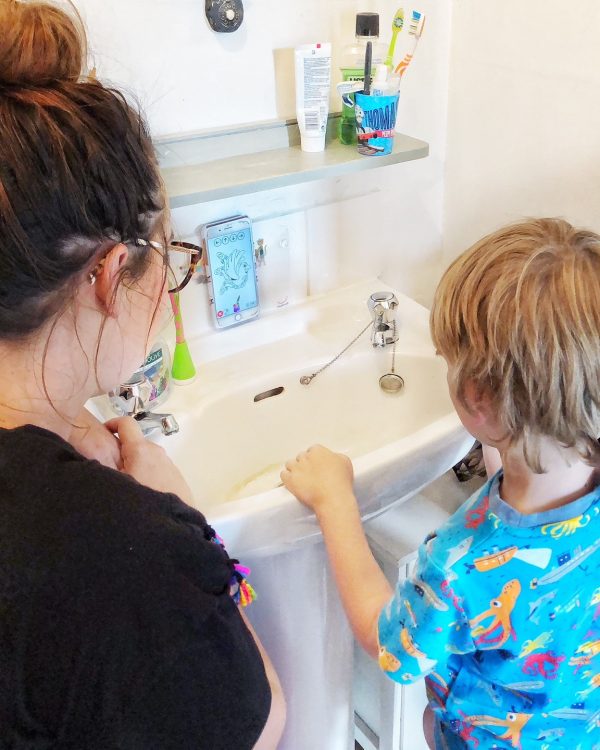 The smart attachment simply slots onto the bottom of your toothbrush, it then syncs to your phone via Bluetooth and voila, game central – encouraging your wee ones to brush their teeth for twice as long because if it’s fun they just don’t want to stop! The smartphone holder is a work of genius because no one really likes the idea of handing their smartphone over to their kiddo in a bathroom whilst they brush their teggies, but this mounts your phone onto the wall and keeps it clean and dry – win! As for the games, you can find them on the Playbrush app which you can download via the app stores (depending on your respective devices – this is available on android too) and either play the basic subscription games (4) or, for as little as £2.99 a month you can upgrade to unlock a whole host of games! Playbrush even has a bit of info for parents, from brushing stats, a reward system and a leaderboard so the boys have been battling against each other to see who can brush their teeth the best.

As a mum it’s awesome to finally see the boys enthusiastic about something that I have been REALLY struggling to get them to do consistently, and that if I’m totally blunt, I’ve been a bit lax on because getting them out of the door and getting them into bed are task enough in the mornings and it’s something that has been diminished in importance – which really isn’t good if they are going to have healthy teeth and gums when they are older. When I first started looking at the Playbrush app I did worry that these would just be a standard sensor app where your child brushes fast over one spot and wins, but that defeats the object of actually brushing you teeth – I mean, you would have one very clean spot but the rest of your teeth? Not so much. That isn’t the case here though, the app is designed to get your kids moving the toothbrush around their mouths and actually brushing their teeth properly. They can’t win the game without a good brush – both in timeframe and technique! 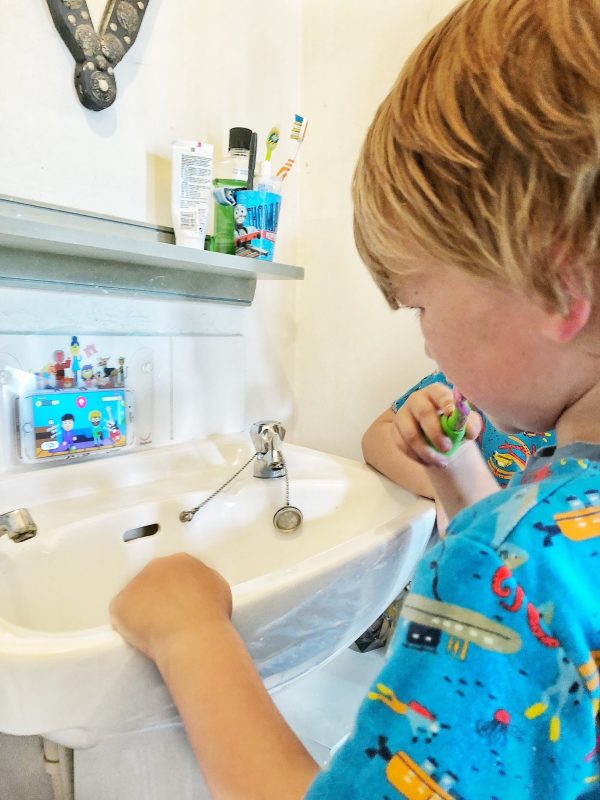 With regards to the games, they cater to most types and as anyone who has followed me for any length of time will know that my boys are completely chalk and cheese in their tastes – Reuben much prefers colouring and action games and Toby loves dancing and challenge games. The dance game is so funny to watch as it turns the bathroom into a disco, like a very bizarre rave, but the boys LOVE it and Edith comes to join in whilst I brush her teeth. From colouring in using Utoothia Paint (you switch sides when you want to change colour – so clever) to challenging your inner knight in Utoothia or even tooth fairy in Utoothia Magic, the boys both agree that they are living the tooth brushing dream when they are using the app.

At the moment the awesome Playbrush Super Sonic (the electric integrated version of the one Toby is using) is available in limited quantities for only £19.99 instead of £29.99. If you pre-order the Playbrush set you are entered into a raffle for a trip to DisneyLand Paris – so if you’re going to do it, DO IT!

The subscription to unlock all of the extra games even has a discount code of TOBYROO at the moment too if you are interested in upgrading so it’s discounts galore! Go Go Go!