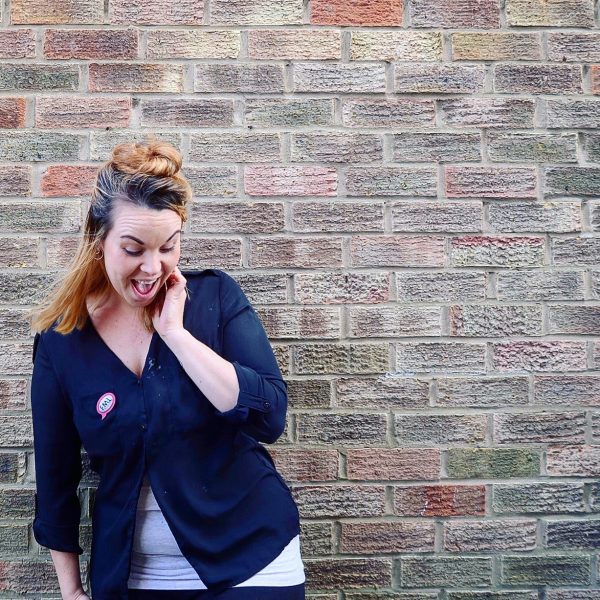 Unless you’ve been living under a rock you’ll probably be aware of the impending election, not to mention sick to the back teeth of hearing about it and politics in general. I’m always very open with my children about society and political issues – we talked about Brexit (they get mixed views from our wider family circle on the matter), about why politicians like Donald Trump and Putin are no good and how they cause hurt to the world, they understand the very basic principal of feminism and they are aware that lots of people are really struggling with the upcoming election because they, like mummy, don’t really know what to vote for.

If you’re anything like me, this whole thing just won’t sit well with you. It’s all become sneaky politics hasn’t it? Underhand and I think with Brexit causing such a tear in the country we can safely say that we’ve well and truly had enough of politics in a much wider scheme – it’s been years and we don’t have any political resolutions to move beyond this big rift. World politics seems to have gone all “toddler at soft play” on us, running amok, with politicians pushing each over and stealing each other’s juice bottles.

If Brexit didn’t cause a divide in the British public (spoiler alert: it did) then we’re now facing this latest election and it’s tearing us apart once again. I can’t switch on my Facebook without seeing “dirty tories”, “money grubbing Tory voters” and even so much as “I can’t wait till the baby boomers die out, it’s their fault we have these c***s in power ruining our country”. On the flip side, it’s no better: “liberal left wing scummers”, “sponging benefit grabbers” and “lefties taking what’s ours and chucking it to the foreigners”. It’s once again become a slanging match, and wading through the quagmire of hatred has left so many people disillusioned and unwilling to even think about politics and the coming election.

These comments are from so many different people, people who have studied politics at Uni to people who know less than nothing about politics… to the point where they didn’t even vote last time but thought they’d take a jolly on the hate wagon. People, what are we coming to? Can’t we all just agree to disagree, agree to promote our own beliefs without name calling and endlessly stamping on one another?

I rarely discuss my own political affiliations- I don’t think it’s necessary really – but I do talk about how I believe we should treat every member of society as equal, with equal rights to be who they want to be and with equal rights to believe and vote for whatever we want without recompense or judgement from others. I believe that, while we can discuss politics (and indeed should in order to try and see other’s points of view) this continual ramming our beliefs down each other’s throats is horrible. It leaves a bitter taste.

On top of that, when did it become so socially acceptable to openly hate and mock those who have money or those who have disabilities and can’t work? How is that different to openly hating someone who is black? Someone who is gay? These are things that we simply can’t teach our children. We can’t. I can say with an honest and open heart, I don’t care what you believe, what you vote, provided you don’t seek to harm or demote any member of society for being something you aren’t. What the country needs now is not hate. It’s not to be set against each other – we need a society that keeps it’s noses out of each other’s ballot papers. A society that says “you think differently to me, that’s cool, let’s see what the majority comes back with.” So many of us are standing up against things that persecute people, like homophobia or racism, we’re standing up for women’s rights, but at the same time, we’re shoving each other over because, well, you’re a Tory and I vote Labour or vice versa. Just no.

When it comes to December, vote for whatever you want. Then keep it to yourself. Or discuss it in a respectful manner, if your mate is sharing stuff that you don’t agree with and you want to debate or try and give your opinion, do it in a way that might make someone stop and think “hey, that’s a good point… I’m going to look into that”. In doing that you will be teaching your children that there is nothing wrong with embracing our differences and just agreeing to disagree. We don’t need to be aggressive or hurtful. We don’t need to stand against hate, while propagating it against others. We can educate without dragging one another down. Don’t be a card carrying extremist – whether you be a left wing extremist or a ring wing extremist… just don’t be one.

I know we live in scary times, I know that. I know that there isn’t really anyone that represents me, that I feel comfortable voting for, and I know I’m not alone in that. All I know is that I will vote with hope, not hate, I will vote to try and make my life, and the lives of those around me, better. Surely that’s all any of us can do?