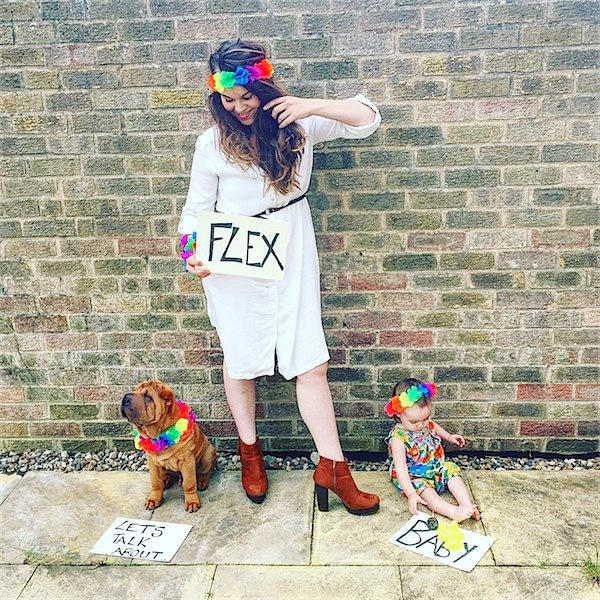 Rarely does a phrase invoke the same reaction as this does in most parents, it’s often enough to send us into a frenzy, fan girling over the proposed hours like a teenage girl at a Bieber concert. Unlike Biebs super exciting concerts, flexible working hours aren’t available by the thousands and your whole procreation potential could depend on them.

I left work to work for myself because I wanted to be there for my kids, no matter what, and the brutal truth is that while working for an employer, the vast majority of people can’t say that they will never miss a sports day, school play or the chance to put their kids to bed. They can’t guarantee that they will be able to pick them up from school or pre-school. If their child is ill or their childcare provider is closed, thousands of parents struggle, despite the parental leave rights available, these just don’t work in practice. It’s not just parents who suffer but parents-to-be too, with issues over sickness, maternity appointments and so much more.

The jobs and companies ARE out there though, they just aren’t advertising their flexible potential which means, as parents, we’re stuck in the job that we have had pre-kids, where the employer doesn’t have any flexible options and we’re too terrified that come mortgage day we won’t have secured a new job that DOES flex for us if we try to change things up.

According to national statistics, we are a new breed of workers now, and out of the 31 million of us in the UK that are working, 1 in 4 of us are part time employees and even fewer wish to be – though those that do wish to be (roughly 86%) are so unlikely to find a job advertised that meets their desires and needs.

How many of us have left work because we can’t guarantee our flexibility? How many skilled professionals, who can’t be replaced by Phil who just graduated and is still a touch wet behind the ears, feel they have been edged out of work because they simply can’t get flexibility? According to TIMEWISE, who are pioneering the way forward in flexible working and flexible hiring, only 8.7% of all jobs in the UK mention what we’re after: flexible working options, despite 57% of the UK’s working population now working flexibly. To break it down, if you are a qualified professional looking for a little bit of spandex style, flex it out working, you will find less than 1 in 10 jobs advertised for you. Less than 1 in 10. That is a statistic that should really only reflect the amount of days I manage to get the kids to be well behaved without the use of iPads flung in their direction.

I posted a picture to Instagram last month asking people to support Mother Pukka’s FLEX appeal, share their stories and ask the companies they work for to look at how other companies are doing it. Being flexible means that we can keep parent’s, specifically mother’s in the workplace more easily and utilise their skills. They have so so many wasted skills! One instagrammer meyouandmagoo told me her friend was suffering with depression after being told by her company that she would not be granted part time hours, despite explaining her childcare needs. On top of this, the company (which hasn’t been named) has put a MALE colleague with her to shadow her and openly pointed out that he can, in fact, commit to full time. Another instagrammer, kitchenwitch29 suffering comments like “the one whose off all the time for being pregnant” despite having been in hospital with HG.

We need to make this stop. Flexibility IS possible in all sectors. Retail is one of the worst sectors for flexible working, yet so many parents are happy to work split shifts around school pick ups and drop offs, unsocial hours for late openings or even shorter shifts over more days but they just aren’t given the chance. The jobs ARE out there, we just need to be given to the chance to see that we aren’t stuck in a rut and get companies to change their outlook AND the way they recruit.

TIMEWISE have recently launched their Hire Me My Way Campaign, which aims to treble the proportion of quality jobs that are advertised with flexible working options by 2020, to one million.

One million jobs that could fit around YOU. Around LIFE. Around PARENTS.

In order to do this, they are asking men and women who want, nay need, flexible working options, who don’t want to be stuck in this continual rut because they dared to use their reproductive organs, to sign up to the campaign. They want to be able to say to employers these people want to work for you, they want you to be flexible for them and in turn they will share their skills, their talents and their experience, with your company. The campaign in NOT a recruitment agency so doesn’t take a percentage of your wage if you do find a flexible job because of it, rather it is like an online directory of awesomeness and flexibility. A place for you to see who wants your skills, and for companies to see what they could have if they actually put the effort into changing the way they recruit and employ people.

Also, like a friendly older friend guiding you through the do’s and don’ts of dating, Hire Me My Way will be there to hold your hand through the job search shlep. Everyone who signs up is automatically emailed a totally FREE guidance pack with mucho friendly advice on how to grab the parenting holy grail that is a part time or flexible job in a skilled sector. And if you are a parent or carer living outside of Greater London, you may also be eligible for FREE career advice sessions.

Don’t be the person that goes to work everyday and hates it, don’t waste your life like that. I’m not suggesting you go to work and live to work, but you should be able to take the skills you have and apply them in a flexible manner. So limber up and get flexible, things will only change if we change them.